With a 240,000gns top lot and the second highest turnover and average recorded in sale history, the Tattersalls December Yearling Sale provided a hearty opener to two weeks of December trading at Park Paddocks on Monday.

As at the 2020 renewal, it was a son of Sea The Stars who led the way, in this instance when selling for 240,000gns to John Clarke on behalf of the Tsui family’s Sunderland Holding Inc.

Rarely do yearlings come on to the market with a first dam that covers the much of the catalogue page but that is exactly the tempting prospect that faced buyers in this colt, a Sea The Stars brother to the brilliant but ill-fated Sea Of Class.

The June-foaled youngster is out of the 21-year-old Holy Moon, a mere Ir£2,600 yearling purchase by Alessandro Botti back in 2021. The daughter of Hernando went on to win the Listed Premio Terme di Mirano in Italy but it is at stud where she has really excelled, with her 11 winners also including the champions and/or Group 1 winners Charity Line, Final Score and Cherry Collect in addition to Sea Of Class. In all, Holy Moon’s web consists of 14 stakes horses.

The colt was bred by Razza del Velino on a foal share between Sunderland Holding Inc., and the latter’s advisor John Clarke was relieved to have secured the colt. 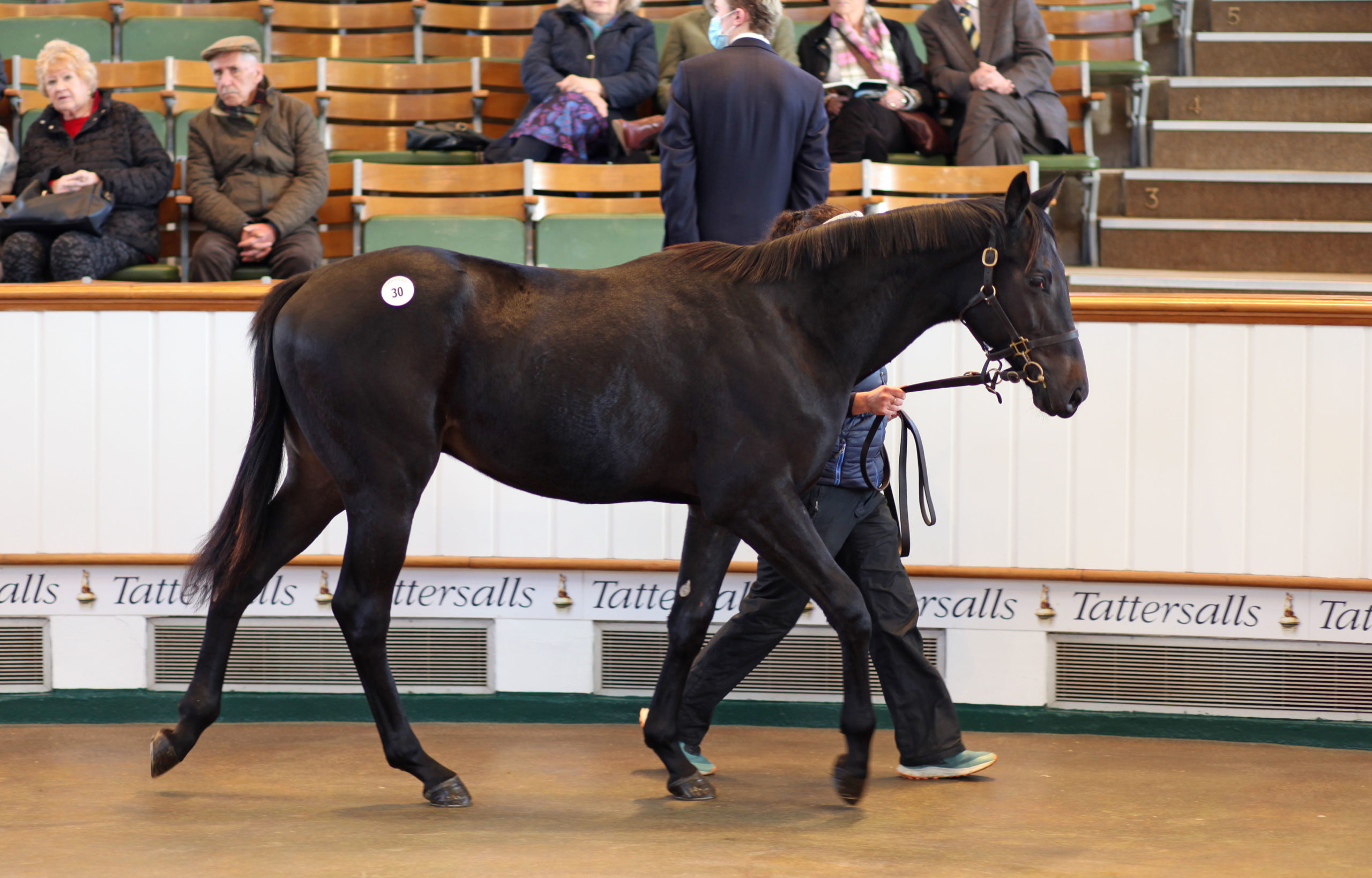 Sea Of Class’ brother will race for the Tsui family after selling for 240,000gns. Photo – Tattersalls

“He is a lovely horse, we really liked him, he is a very late [June 8] foal, but Sea Of Class was a very late May foal, so we hope we can do the same again,” said Clarke. “Time will tell!

“He will eventually go to William Haggas [trainer of Sea Of Class], but it is far too early to think of that now – he will probably go back to Ireland and be given some time to develop and we will take it from there. Ling Tsui is absolutely thrilled, she had so much success with Sea Of Class! There is a lot of the sire in him – he is an athletic horse but a baby, we will just have to wait.”

He added: “This sale was always the plan because he was immature, he was reared in Velino, the Botti farm in Italy, and he has come here looking the part.”

As for last year’s sale-topper, a 300,000gns Sea The Stars son of Oaks winner Talent now named Aerospace, he is due to make his debut for John and Thady Gosden at Wolverhampton tomorrow.

Meanwhile, it was second time lucky for the Invincible Spirit sister to champion two-year-old Shalaa. Bought back by Castlefarm Stud for 200,000gns at Book 1 of the Tattersalls October Sale, she went on to make 150,000gns this time around to Mark McStay of Avenue Bloodstock on behalf of Hugo Palmer.

“She is a beautiful filly, probably should have bought her when she was in Book 1,” said McStay. “Hugo [Palmer] trains her sibling Nova Legend, by Galileo, and he thinks a lot of her, so we were keen to follow her through.

“She comes from a great nursery, she has a beautiful pedigree, she is by Invincible Spirit who is one of the best sires in Europe and she is a full-sister to a very, very good horse in Shalaa. She has been purchased on spec, so shares or all of her will be available and she is for sale! If anyone out there wants to get in touch, it will be very gratefully received!”

McStay added: “She stood out here today and with that pedigree and the way she looks, the trainer was salivating when he saw her yesterday. I really liked her too and was kicking myself that I had not bought her earlier. She had made our list then, but for whatever reason did not pull the trigger.

“When we saw her out the back today she looked a real superstar, was very professional and on residual value alone she is a free swing of the bat for anyone who wants to buy her.” 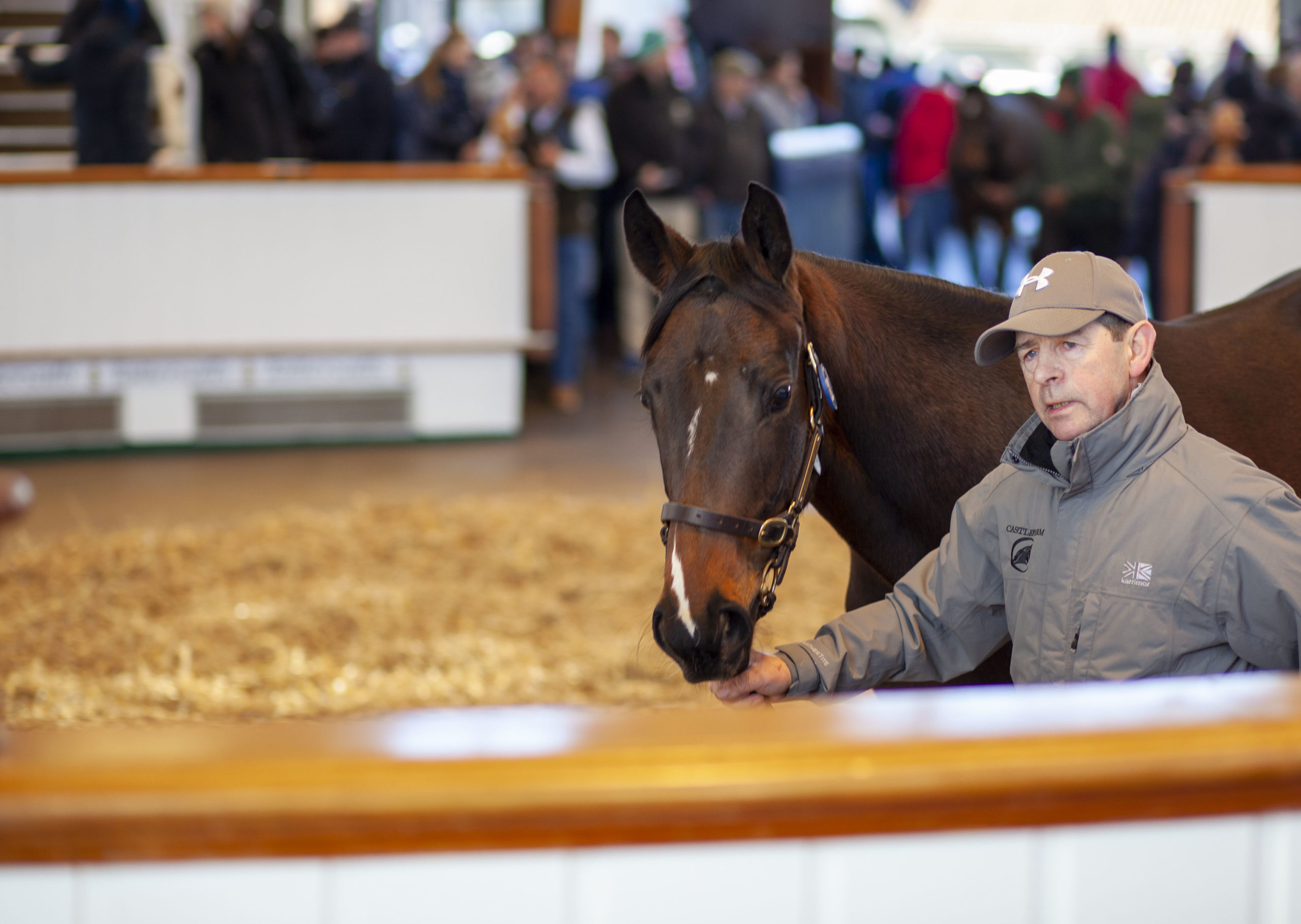 This sister to Shalaa is heading to Hugo Palmer. Photo – Tattersalls

As at Goffs last week, the restructuring of Shadwell Estates resulted in a sizeable draft of youngsters that otherwise would most likely have not come to market. Whittled down to 14 by Monday, the draft went on to turn over 776,000gns, led by a Teofilo filly offered by Shadwell on behalf of Hadi Al Tajir for whom Anthony Stroud bid 135,000gns.

A member of Shadwell royalty as a direct descendant of Height Of Fashion, the filly is out of the Listed-placed Dubai Fashion, a Dubawi daughter of Group 2 winner Oriental Fashion.

“She is for Alison Swinburn and is going to be trained by James Fanshawe,”said Stroud. “She is a very athletic filly, is going to need a bit of time, a very easy mover, and we like her very much.”

The Height Of Fashion family was also responsible for an Invincible Spirit filly for whom a breeze-up date beckons after selling for 125,000gns to Mick Murphy of Longways Stables.

The filly is the first foal out of the Group 3 City Of York Stakes winner Talaayeb, a Dansili half-sister to Group 3 winner Muntazah and direct descendant of Height Of Fashion via Sarayir, dam of Classic winner Ghanaati.

“She looks fast, she has a pedigree, a Craven filly hopefully,” said Murphy. “My plan was to buy a colt, I needed one more colt, but she caught my eye.

“With her there could be be a good upside to her, but she was expensive today!”

He added: “The market has been strong across the board, Flat and National Hunt and point-to-point – it has been an unbelievable market. It does give some confidence looking into next spring, a poor market is no good to anyone – we are buying now but selling in six months time. You just hope the momentum keeps going to the spring.” 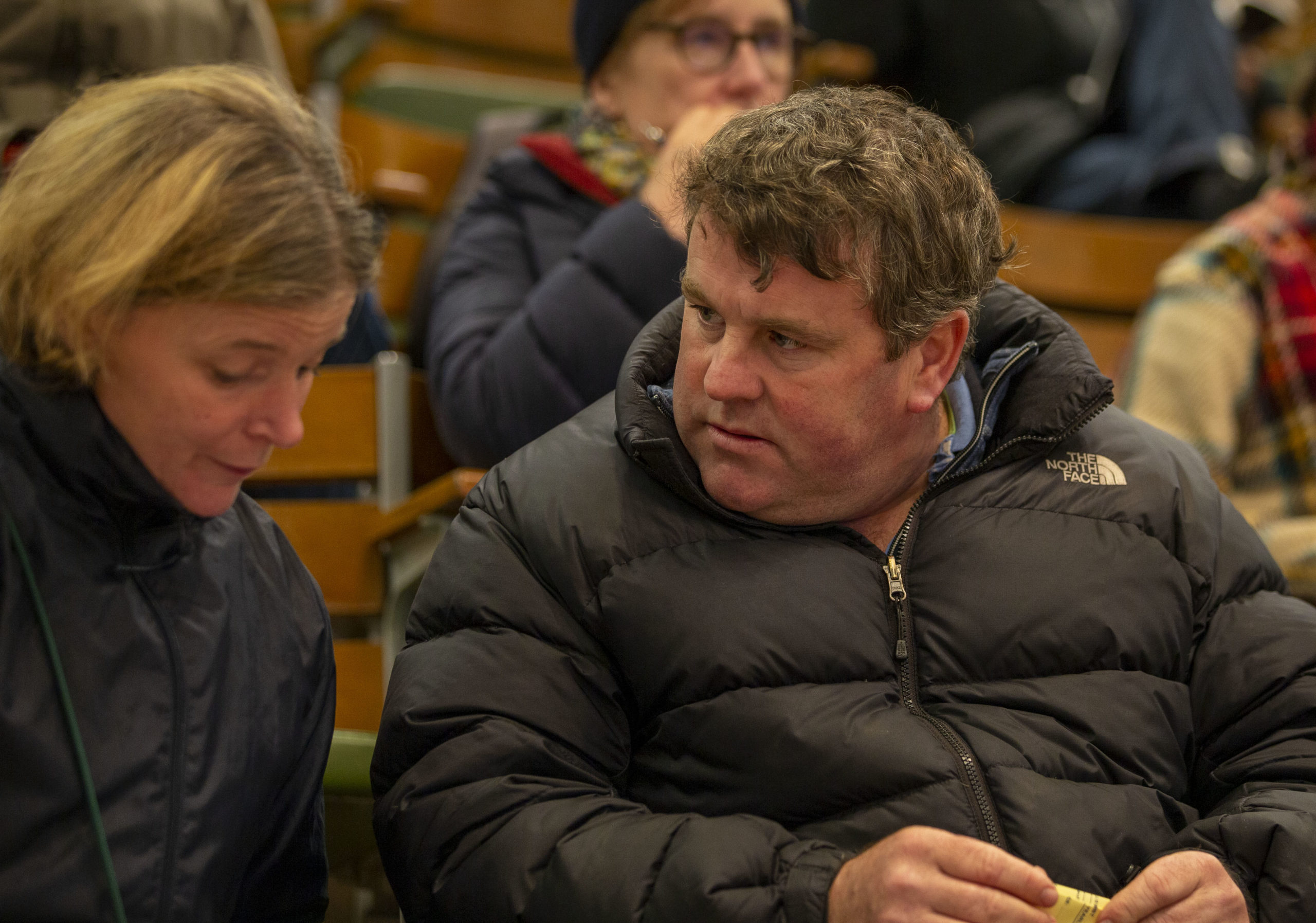 A date at the breeze-ups also beckons for a Shadwell-bred Shamardal colt for whom Tom Whitehead of Powerstown Stud gave 92,000gns. The colt is the third foal out of the Group 3-winning and Group 1-placed Thawaany, a Tamayuz half-sister to champion stayer Kew Gardens.

“He is to come back here next spring,” said Whitehead. “The mare was very good and they are not making any more by the stallion. Pedigrees such as this don’t come on the market very often, and he looks a type to breeze – he is strong, looks like a Shamardal.”

A fine pinhook touch came the way of Jack Hanly late into the session in the sale of a New Bay son of Listed scorer Crossover. Peter Doyle went to 125,000gns for the colt, who had been sourced by Hanly for just 26,000gns as a foal.

“He goes to Jim Boyle, and is for Paul Taylor and Richard Dwyer,” said Doyle. “They own Lostintranslation, but also have Going Gone with Jim, and he won at Newmarket at the late October meeting,” said Doyle. “I did not think that I would get him, he is a lovely horse from a very good farm.”

The Tattersalls December Sale continues on Wednesday with the first of four sessions for the Foal Sale. 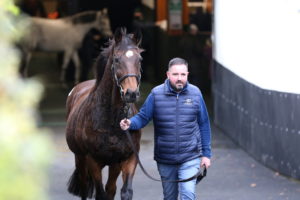 Up Next
Memorable Goffs November ends on a high