Galileo filly Loyal topped the second day of selling at €825,000

A memorable week of trading at Goffs for its November Sale came to a close on Saturday with a set of figures that far outstripped those achieved 12 months ago.

Masks and social distancing restrictions might have still been in operation but the spectre of Covid was a distant memory at the business end of it as buyers acted upon a remarkable hunger for breeding stock.

“Thank you,” said Goffs Chief Executive Henry Beeby. “It’s no secret that Ireland, Irish bloodstock and, by association, Goffs have endured a torrid time over the last while, and so it has been most uplifting to host a sale of such vibrancy, strength, depth and consistency over the last six days. For that we firstly have our vendors to thank and, as ever, we are indebted to each one of them for their support of our sale.

“We commented on a superb Foal Sale on Thursday but even that amazing trade almost paled into insignificance when compared to the electric atmosphere of our Breeding Stock Sale, most especially yesterday although today’s top price is the highest for the session in 15 years.

“We knew that we had assembled the best catalogue for many years as so many major breeding entities had drafts of note but the tempo, enthusiasm and hunger to buy was just breath taking as a huge cast of international buyers, both in person and online, battled for mare after mare to highlight the enduring attraction of the best Irish bloodlines. The class of 2021 will disperse around the globe as international breeders tap into the class and quality that was offered whilst it was also heartening to see so many local stud farms investing in the future.

“Goffs November has long held a significant place in the calendar and the last week has only underlined its importance to Irish breeders, who sell with us safe in the knowledge that they will always get that little bit more, as well as international buyers who are attracted to Ireland by the quality on offer, together with the unique welcome they receive from the Goffs team and our colleagues at Irish Thoroughbred Marketing. Indeed, a trip to Goffs is of course for business but our teams always go out of their way to make it enjoyable at the same time.

“So our thanks to everyone who has walked through our famous gates this week. Nothing is possible without their patronage and we truly value every lot and each bid.”

Plying, the dam of Alcohol Free, was the top lot, selling for €825,000 from Jossetown Farm to the BBA Ireland and Yulong Investments. 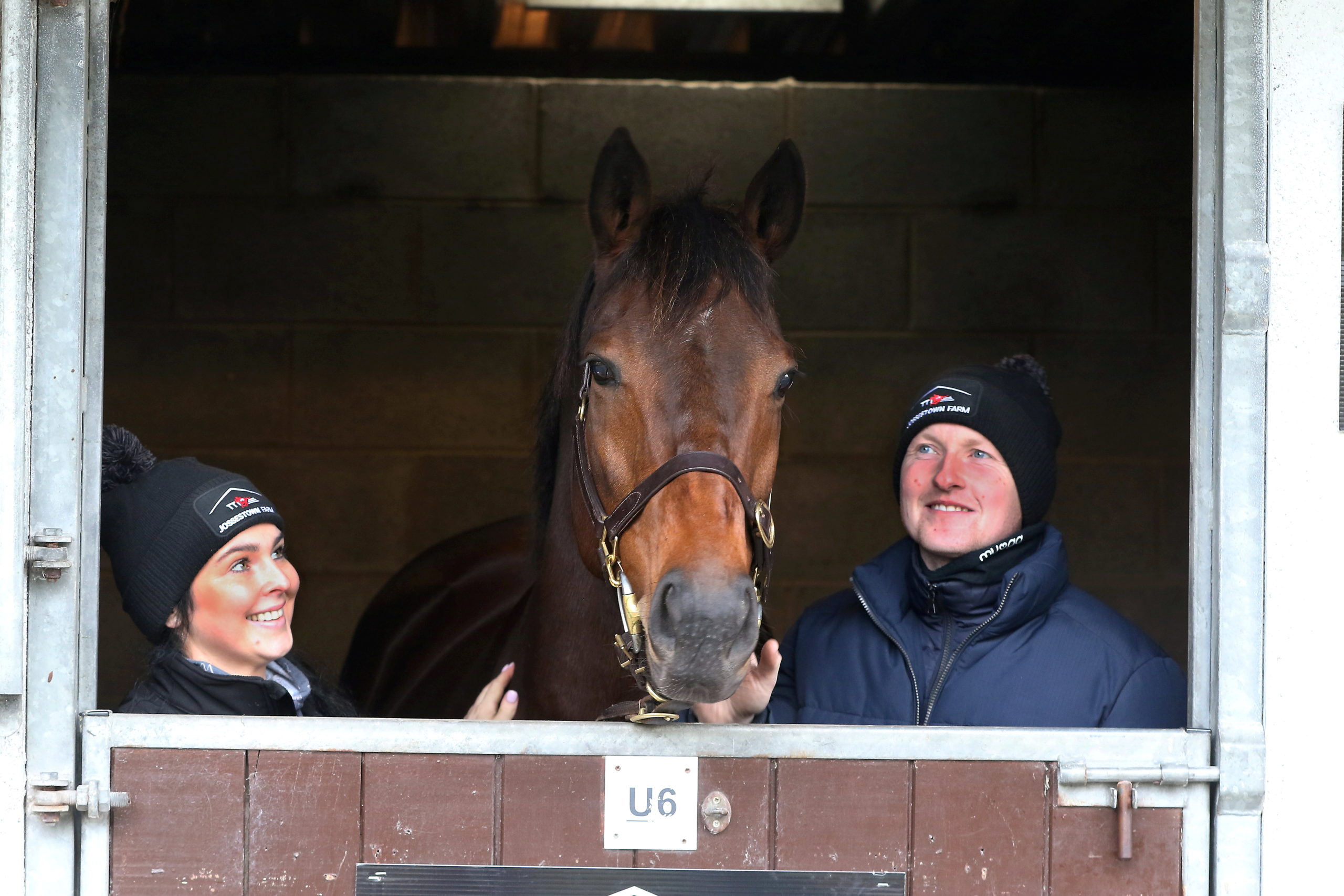 The final session of the Breeding Stock Sale is traditionally a weaker affair but an unusually high mark of €280,000 was set early in the afternoon in the sale of the Galileo filly Loyal.

The filly was raced by the triumvirate of Mrs John Magnier, Michael Tabor and her official breeder Ballylinch Stud, and it was the latter, bidding through its managing director John O’Connor, who came out on top to ensure her presence within the stud’s broodmare band following a protracted battle with an online bidder.

Ballylinch bred Loyal out of the Listed-wining Chartreuse, bought for 825,000gns by the stud at Tattersalls in 2016. In turn, she is a Lawman daughter of the Group 3-placed Bufera and from the successful Gerry Oldham family also responsible for Ectot, Daban and Johnny Barnes.

“She didn’t do what we hoped on the track,” said O’Connor of the filly, who was unplaced in four starts for Aidan O’Brien. “It’s a wonderful family and her half-sister Expand The Map was second in a good maiden at Saratoga. We are retaining the mare’s Dubawi yearling and her filly foal by Lope De Vega.

“So the mare has all the stuff coming and with a little bit of luck, it will all come together.

“And everyone knows what a great broodmare sire Galileo is.”

While Loyal dominated trade, stock hailing from the Aga Khan and Derrinstown Stud drafts were again in strong demand.

Richard Fitzsimmons of the BBA Ireland went to €80,000 for the Aga Khan-bred Rayagara, an unraced Dark Angel half-sister to the Group 3-placed Ridenza out of the Group 2-winning Raydara.

Fitzsimmons was acting on behalf of Rathbarry Stud, who plan to send the filly to their ascendant young stallion Kodi Bear.

“Mystery Angel [Kodi Bear’s Oaks runner-up] is out of a Dark Angel mare so the cross has worked,” said Fitzsimmons. “They’re all highly rated on the page and there’s plenty working on the page.”

The Aga Khan Studs’ draft was also the source of Sunniyra, a placed Zoffany member of the Sinndar family who was snapped up by Tally-Ho Stud for €68,000.

Meanwhile, the final Derrinstown Stud mares of the week turned over a total of €180,000 for six sold. They were led by the Sepoy mare Shaaqaaf, the first to be offered in foal to Mohaather this winter who made €60,000 to Tipper House.

Following an exceptional day of selling on Friday, Derrinstown Stud ended the auction as leading vendor with the sale of 40 mares and fillies for a total of €4,508,000. 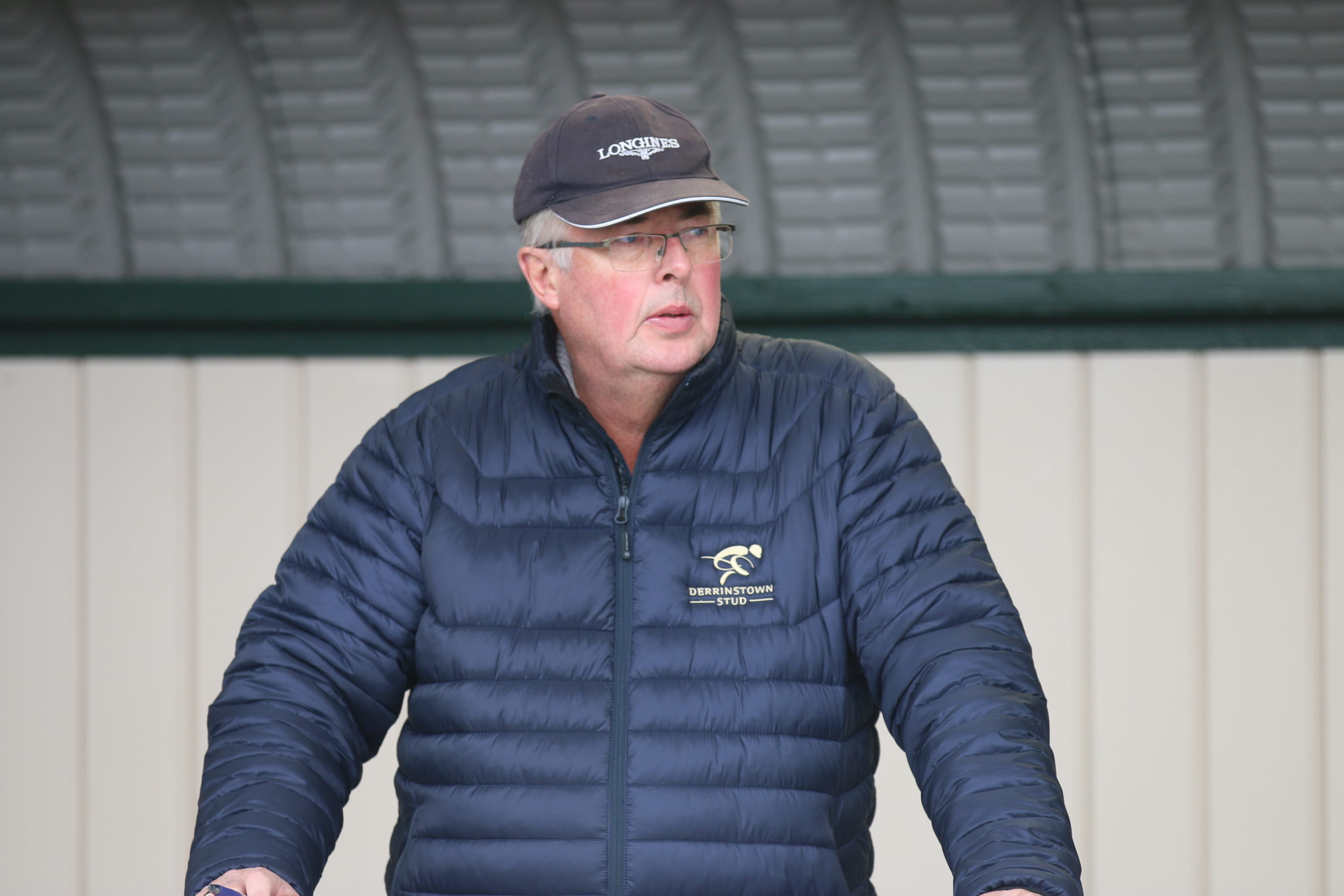 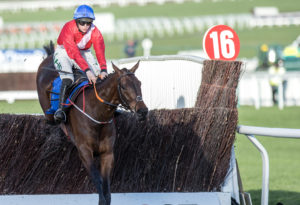