WellChild is new partner of the Cheltenham Festival

The Jockey Club has announced a new association with WellChild that will see the children’s charity become the new partner for the Cheltenham Festival and Gold Cup in 2021.

WellChild is the national charity for seriously ill children, headquartered in Cheltenham. More than 100,000 children and young people are living with serious illness or exceptional health needs across the UK. The charity helps children and young people living with serious health needs to have the best chance to thrive, properly supported at home with their families.

When the Covid-19 crisis took hold, the charity lost 60% of its projected income and had to quickly adapt its services to meet a sudden and urgent demand for help from families, having to deliver round-the-clock care to their children alone.

In announcing the new partnership, the Jockey Club hopes to build significant awareness and inspire donations for WellChild.

Ian Renton, the Jockey Club’s Regional Managing Director who runs Cheltenham racecourse, said: “WellChild plays a vital role in our society supporting seriously ill children and young people, and those who care for them. Their services have been needed more than ever during the pandemic and we are very proud indeed to help such an important charity amongst our communities, including in Cheltenham.

“I would also like to take this opportunity to thank Magners for their support in 2019 and 2020 and express our gratitude to our various and valued partners who have retained their involvement with the Festival in 2021 and those we are welcoming for the first time.” 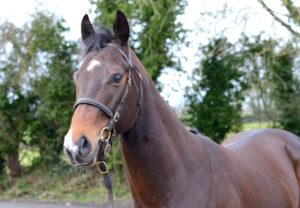