Anecdotal evidence has been abundant but the weight of factually-derived numbers must have many breeders sitting bolt upright.

Around 2,190 among 3,318 breeders in Britain traded unprofitably in 2017. In the last five years, 353 breeders have left the industry. And while the most successful continued to thrive, those beneath the glass ceiling found the going increasingly tough.

Those were the headlines generated by an Economic Impact Study on the British breeding industry undertaken by the analysts PricewaterhouseCoopers, and funded by the Levy Board, The Racing Foundation and the Thoroughbred Breeders’ Association.

The study painted a bleak picture of breeders swimming against a rising tide of high stud fees, spiralling costs and a shortage of owners for the 4,778 foals (2017) born in the UK.

Without direct financial intervention, the study concluded, the current level of supply will not be maintained and the finances of all racing industry participants will be severely impacted.

“I think the study is the single most important document that British racing is going to see for quite some time,” says the scheme’s architect, TBA board member Philip Newton.

The impact study, which follows on from its predecessor four years ago, illustrates that the fortunes of British breeders have declined significantly in the interim.

The number trading unprofitably has increased from 45% to 66%. Newton warns that unless this “seismic crack” is addressed by long-term, joined-up thinking, the consequences will be catastrophic.

“There is no quick fix,” he says. “We must plan strategically to ensure we have a robust and sustainable industry by promoting British products in front of anything else.”

The bulwark of recovery is the proposed British Breeders Premium Scheme that will pay handsome bonuses to British-bred winners of races in Britain. It is envisaged that bonuses rising to £20,000, paid on top of prize-money, will encourage owners to buy British, in the process easing the financial plight of the nation’s breeders.

Reaction to the study has come in myriad ways. There is also the sense of shared pain among breeders who were all too aware of their own plight, but less aware of the financial predicament of others. There is solace in the fact they have been paddling the same canoe.

There is divergence in the way the study has been interpreted. For example, the premium scheme is seen by Colin Bryce, proprietor of Laundry Cottage Stud with his wife Melba, as an opportunity to realign his business plan.

“We breed horses because we love it,” he says. “Let’s not be too downbeat about it, but being a loser all the time is not fun.”

An alumni of the investment bank Morgan Stanley, Bryce had direct dialogue with PricewaterhouseCoopers as the study was compiled. Data was assimilated from the answers of TBA members to a survey, which generated an above-average response rate of 10%.

It could change the direction of ownership; there could be more owner-breeders

Bryce described the study as a potential game-changer. “It’s the first time that anybody has got the cost-base of the breeding business pretty much bang on,” he says.

“In other reports I have seen, the cost-base has been well below the reality. And what the impact study suggests to me, given the potential return from these bonuses, is that we may retain the offspring of our mares and race them ourselves.” 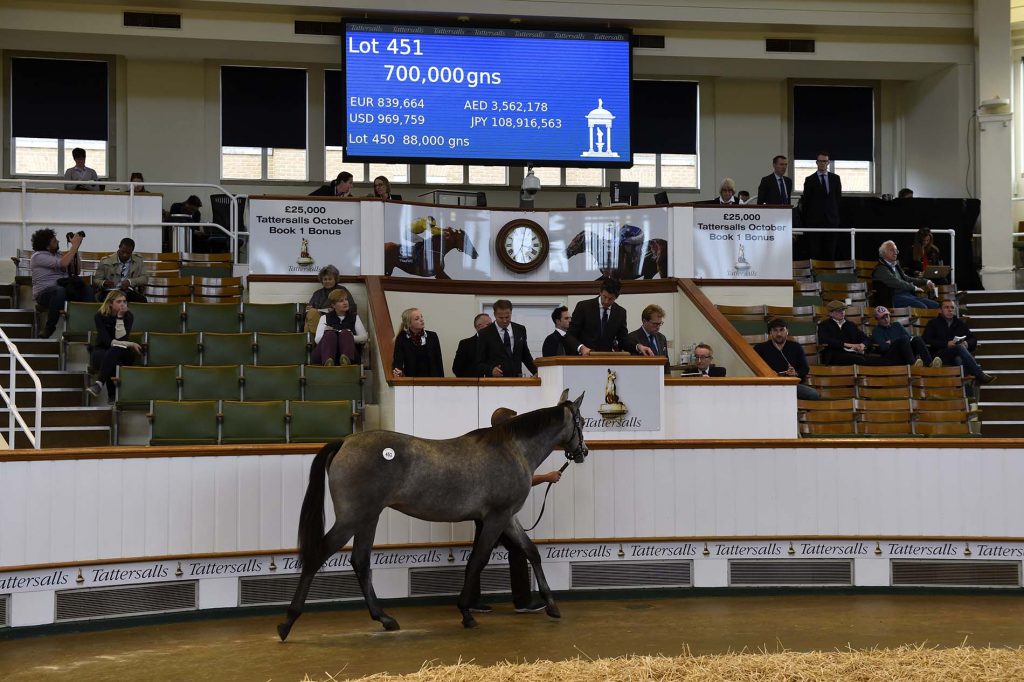 To do that, Bryce will have to streamline his 18-strong broodmare band quite significantly in lieu of training costs. He says: “That may not be entirely what the TBA wants, because the report is allied to an ambition to fill the existing racing programme in Britain, but the incentive is there.

“It could change the direction of ownership; there could be more owner-breeders.”

Most pertinently, the study accurately reflects the state of play on the ground. Those bailing out are not being replaced by a generation of younger breeders, while the traditional British owner-breeder is a virtually extinct species. This concerns Llety Stud’s David Hodge, the third-generation member of a family that has made a living from breeding commercially.

Almost every breeder wants to sell all their young stock

Hodge has 25 mares. He also stands the odd stallion in a bid to raise revenues from more than one source, but, to him, the study’s gloomy findings, while no surprise, are allied to the dearth of young British horsemen coming into the business. The contrast with Ireland is particularly stark.

“We’re just not attracting them,” he laments. “The old school died away a while ago. Now we have a situation where almost every breeder wants to sell all their young stock. Each to their own, of course, but if I won the lottery I would race my own. It’s very important for young stock to be tested.

“If you have a nice filly who isn’t bred in the purple you’ll be very lucky to sell her,” Hodge continues, “but these fillies sometimes produce others that go on to big things. That’s why I would like to see races for fillies get a big boost in value.

“I think that would make a big difference. Even if you take a nice yearling filly to [Tattersalls] Book 3, you pretty much know you’ll be looking at a loss.”

Indeed, the study found that yearling fillies sold at the Tattersalls Book 3 Yearling Sale last year made an average estimated loss of £23,500.

Hodge has pared his costs right down over the last decade in tandem with a business that is evolving fast. He echoes Bryce’s philosophy in sacrificing numbers for increased quality, but, even then, all it takes to unbalance the books is a preponderance of fillies.

“Last year I had a wonderful batch of sales horses but this year will be hard,” he forecasts. “I have 15 fillies and five colts. If, in one year, a small breeder with three or four mares gets only fillies, that could be them gone.

“One breeder asked me the other day whether she should nominate her foals to Plus 10 or pay the vets’ bill. That’s how dire it can become.”

Concerns about the small breeder

The plight of the small breeder also concerns Newton. “More than 30% of the foal crop in Britain is produced by people with one or two mares,” he says. “If we think outside influences won’t affect these small breeders, then we’re in cloud cuckoo land. 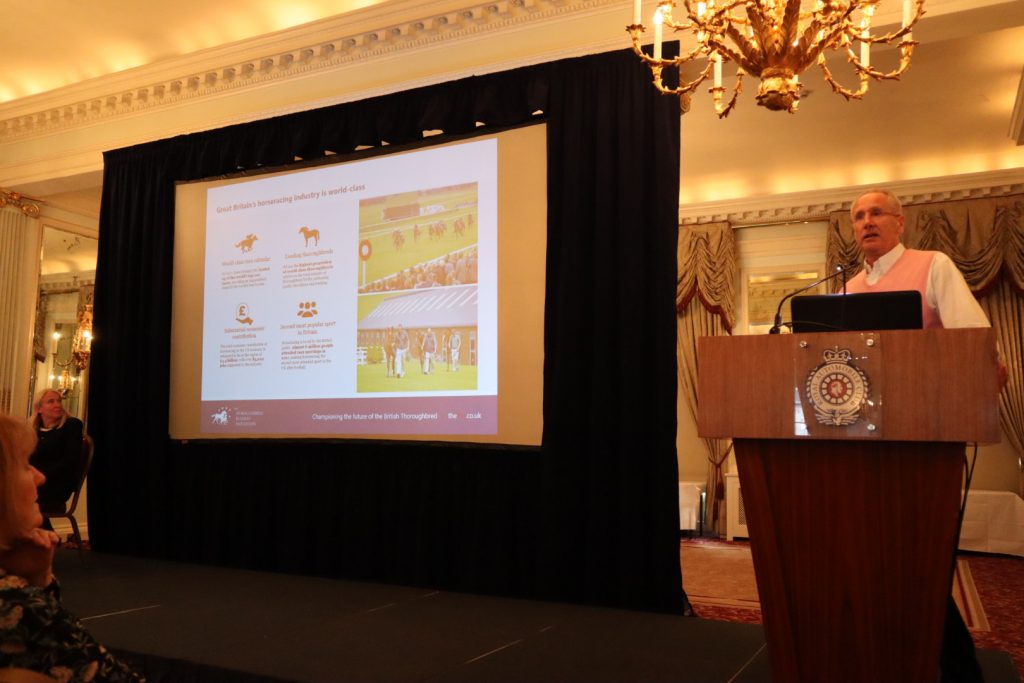 Philip Newton is concerned about the plight of the small breeder

“Their parents may have left them a few quid but now they are grandparents themselves. They have a 30-acre farm, they’ve funded their pensions and they are comfortable, but they also have four grandchildren at school or wanting to get on the property ladder.

“Do they buy another mare, or sell the farm and split the proceeds among the kids?”

Like all breeders, Louise Parry, who bred Irish 1,000 Guineas heroine Saoire at her Pantycoed Stud, would welcome any additional financial inducement from the Levy Board. Yet she feels the problem blighting breeders is the shortage of owners below the top tier in Britain.

The middle and bottom end is a struggle. It’s been a few years since we made a profit

She is mindful of the benefits of incentive schemes, particularly when the partial cost of funding that scheme increases breeding overheads, and when it can often feel as though small breeders are funding schemes to the greater benefit of larger breeders and owners, who win the lion’s share.

“That is an overriding concern, but more than that, I feel we need to be more pro-active in attracting owners,” Parry says. “It has become much tougher to sell horses in the last few years and the business has become completely polarised.

“Thank goodness for the very wealthy buyers at the top end, which is thriving, but the middle and bottom end is a struggle. It’s been a few years since we made a profit.”

Like many others of her ilk, Parry has significantly scaled down her broodmare band to reduce outgoings. “I know others who are in a similar situation,” she says. “It’s partly because I’m getting older, but also because production and labour costs have gone up so much. And stud fees are crippling now.”

The question of stud fees was also raised by Bryce. “Many of the costs are fixed, such as vets’ fees, but stallion fees are one aspect of the overhead that should be addressed,” he says.

“If you look at the median sales price for stallions other than the very best, most of these medians are below the stud fee. That tells me fees are far too high. The TBA would not necessarily be the vehicle to address that, but if we’re talking about making this industry more sustainable, that cost has to be addressed. Having said that, the proposed bonuses are very significant. For sure we’ll be encouraged to look to UK stallions rather than Ireland or France.”

That, in essence, is the sort of thinking the proposed scheme is designed to promote in the drive to reverse the downward spiral. “How else are we going to encourage people into the industry if it is loss-making, and the return on capital so pitiful?” Newton asks. “That’s what we have to address in the long term.

“I don’t argue for any protectionist industry that serves up closed racing or excludes anybody,” Newton continues, “but I do think we should encourage British-breds. If there are two like-for-like animals, we hope people will buy British because they will have greater opportunity.”

The case has been made in no uncertain terms. What remains to be seen is whether the British Breeders Premium Scheme attracts the financial support required to make it fly. 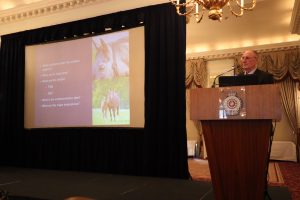 Up Next
British Breeders Premium Scheme