Dual Classic heroine La Cressonniere has been retired by her connections after the recurrence of a back problem which forced her to miss the back end of last season.

The daughter of Le Havre, who is part-owned by Ecurie Antonio Caro and Gerard Augustin-Normand, took all before her in the French fillies three-year-old division last year.

A comfortable one-length beating of the John Gosden-trained Nathra in the Poule d’Essai des Pouliches, was followed by victory in the French Oaks [Prix de Diane] a month later.

That day, La Cressionniere swooped from the rear in the hands of Christian Demuro to land the prize by half-a-length.

“She has the same problem as last year and the decision has been made to retire her,” said Sylvain Vidal, racing manager to Augustin-Normand.

“We are disappointed, of course, but she did the job, winning the French Guineas and the French Oaks. That’s life.

“The owners will make a decision what they want to do with her this week, but she could be a broodmare and could be covered this year.”

Out of the Galileo mare, Absolute Lady, her career all began in a three-runner seven furlong contest in July 2015 at Clairefontaine.

Two starts later at the end of October she was competing in her first black-type affair, the Listed Prix Isonomy, proving far too superior in the process.

She could be a broodmare and could be covered this year

Her last race turned out to be the end of August when running her Arc trail in the Group 2 Prix de la Nonette at Deauville.

Much like her previous seven races, she proved too strong for her opposition and was two-lengths clear of her stablemate Jemayel at the wire.

Her trainer Jean Claude-Rouget, who enjoyed a fine season in his native France and elsewhere, had targeted her for the Arc where she was well-fancied in the betting markets. 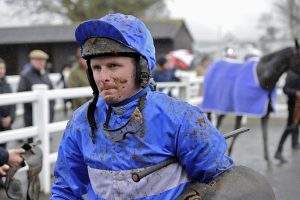 Up Next
End game for Moloney