The BHA have announced a package of improvements to the two-year-old pattern in Britain which includes an increase in the number of auction races.

Endorsed by the Racing Group, the enhancements build on the successful trial of novice races in 2016 which replaced 80% of maiden races between the start of the Flat season until July.

During last year’s trial period, 75 previous winners ran again compared to only 35 the previous year. On top of that, of those 75 winners, 27% won a further race in that period in contrast to 23% in 2015.

In light of this promising data and support from trainers, the BHA have proposed that the trial shall now be rolled out for the whole of the upcoming Flat season.

This will also mean that 442 maiden races from July to the end of the season will be converted to novice contests.

Chief Operating Officer for the BHA, Richard Wayman, said: “We were very encouraged by the success of the trial in 2016 and the feedback we received from many horsemen. That feedback included a clear consensus that, as part of a wider package of measures, the trial would be even more effective if it was extended to the full year.

“The conversion of maiden races to novices provided more opportunities for two-year-olds and improved field sizes without any impact on the competitiveness of races.

“We are delighted that these proposals received unanimous support from the Racing Group. We will continue to closely monitor the impact of the extension of the trial in 2017, and to consult with horsemen.”

Changes will also be made to the criteria for assessing two-year-old handicap marks to ensure ratings are based more on evidence from races.

Two-year-olds will now have to run at least three times in a Flat race, or win twice, before being eligible to run in a handicap or nursery handicap.

Kimpton-based trainer, Ralph Beckett, said: “The extension of this trial to cover the whole two-year-old programme is an obvious step based on its success in 2016.

“The Nursery handicapping changes should make it transparent for all involved, enable the handicappers to assess horses accurately, and hence benefit horsemen, whilst the increased number of Auction races is based on statistical analysis in order to make best use of the horse population, and give opportunities for all.” 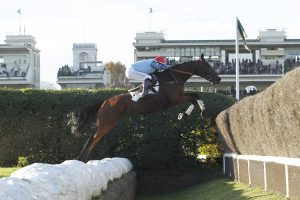 Up Next
All hail Milord Thomas