This House is on fire

You are first jockey to the ultra-powerful Gigginstown House Stud. How lucky do you feel to be riding the best National Hunt horses in Ireland and how did the link-up come about?

How lucky am I, or do you mean how lucky are they to have me riding for them? I’m joking, of course! Quite seriously though, I know I am blessed to be associated with so many good horses, some of the best. And when you are doing something you love like this it doesn’t get any better, does it?

I won a point-to-point on a horse called Tuco, who [Gigginstown boss] Michael O’Leary bought after the race and I suppose that was our first association, albeit in a slightly tenuous way.

Our first real link-up was when Michael offered me the job of riding his horses four years ago.

He is very much hands-on and heavily involved in a lot of the day-to-day matters. He makes a lot of the decisions along with his brother Eddie and he clearly relishes the involvement.

Of course, he has a good relationship with his trainers and will have a big say in running plans. And we have a great relationship together as well; we discuss the horses, their plans and what we ought to be doing, or perhaps not to be doing with them.

We work well together. Of course, none of us like getting beat and, as long as everything is straightforward, Michael takes defeat very well. He’s as good a loser as he is a winner.

Such is the strength of the Gigginstown string, you’ve missed the odd Grade 1 prize by picking the wrong horse in a race. How do you deal with these moments?

Ideally, you move on and think ahead to the next race. Of course, that is not always easy and there are times when you find you are kicking yourself on the way home and regretting how you had viewed the race beforehand and asking yourself what it was that had swayed you in favour of the loser rather than the winner.

Those feelings can last for an evening, but you mustn’t dwell on it and basically you have to kick on and look forward.

What is the best horse you have ridden and what sets it apart from the others?

Weapon’s Amnesty, who won at successive Cheltenham Festivals – the Albert Bartlett Hurdle in 2009 and then the RSA Chase the following year.

He’s a horse that has everything really – that combination of speed and loads of stamina. He puts you into a race very easily and you never find him overdoing things.

One thing’s for sure, he’s got the gears. Everything seems to come easily to him and really that’s the sign of talent in any horse, or sportsman for that matter.

It was just very unfortunate that he had to have a long lay off through injury after his latest Festival win.

Is Sir Des Champs, victorious at the last two Cheltenham Festivals, Gold Cup material after his recent defeat by Flemenstar?

We’re happy with him even though we didn’t win at Punchestown. Flemenstar is a very, very good horse. Sir Des Champs will improve for the run and we know where we are with him.

Of course, we’ll have to see if he is good enough to beat Flemenstar when they meet again and I think my fellow will be better suited by a bigger field and a more competitive race.

Look, I finished second in the Gold Cup on Truckers Tavern (to Best Mate in 2003) and Sir Des Champs is better than him, but this time it’s going to be a very competitive Gold Cup.

What do you get out of your role as Horseracing Ireland’s National Hunt Ambassador?

It is a great privilege and honour to be an ambassador for the sport, and to promote racing so that it reaches those people outside the sport.

You are aware of the responsibility you have publicising racing and spreading the word to those who are not involved, hoping that some of them will respond by coming racing or even working in the industry. For me, it has been an interesting experience.

You have had some memorable tussles with Ruby Walsh in the jockeys’ championship. How do you get on, on and off the track?

Ruby is a very straightforward, genuine guy and easy to get on with. I don’t have many dealings with him off the track but we can have a laugh together in the weighing room.

What makes him such a tough rival?

His dedication is fantastic, 100% to the job in hand. It is this total commitment combined with his great talents as a rider that make him outstanding.

Of course, he is as hard as nails; he has everything it takes to be a top jump jockey.

You have been point-to-point champion and are now Ireland’s reigning champion jockey. What does it mean to be number one?

It means so much because I never realised how difficult it would be in the professional field after being a champion as an amateur.

It was difficult making the transition and therefore it is even more satisfying to get to the top as a professional. I had to work very hard at it and you have to keep going, 100% all the time.

If I can continue as I am and keep improving that will be great. You just keep trying to stay at the top and the only way is to get better at the job.

I’m not one for setting goals but I’m very conscious of trying to avoid the downward spiral.

Ferdy Murphy picked you to replace Adrian Maguire as his stable jockey but, despite some high points, the partnership didn’t last long. Why was that?

Ferdy wanted a full commitment from me and at the time I was trying to ride in Ireland when I wasn’t needed in England. Mixing England with Ireland didn’t work and Ferdy put it up to me to make a decision and I chose to go home.

One thing I do know is that I wouldn’t be where I am now without everything Ferdy did for me. I came over as an amateur and I thought turning professional would be easy, but it wasn’t.

I found it tough and only for Ferdy’s advice, great loyalty and guidance I don’t know where I would have ended up.

I cannot stress enough how much his support helped me to make the right decisions that led me to where I am today.

Did you ever have any doubts that you would make it to the top of your profession?

Not really, because I was always among the winners, but you do have to have the horses and that can be a concern. I had the confidence in my own riding but when there is the turnover of horses from one season to the next you worry if there is going to be the ammunition available to you.

I have always been lucky in that the good horses have come along at the start of the season and then you pick up other horses as you go along.

The Gigginstown operation is busy finding horses all the time; they don’t have a specific preference for a particular horse, they go through the point-to-point, Flat and store sales.

They don’t miss a trick and hopefully that will keep me where I am. Riding for the various trainers responsible for Gigginstown horses seems to work well because the trainers are very understanding and don’t want me on a day-to-day basis, just for schooling or a bit of work.

You are a big sports fan. What do you like to watch and who do you support?

I enjoy any type of sport, but specifically our own national sports, hurling and football. I support my county team, Cork on All Ireland level and my own local hurling team at Youghal.

I try to get to watch them when I can. I played hurling in my younger days.

Do you still have your speedboat and do you use it regularly as a relaxation?

I’m afraid it didn’t get much use on the Blackwater this summer because the weather was so bad, but I do try to use it when I can, just for relaxation.

I have had one or two jocks with me a couple of times we’ve paddled up and down the Blackwater, but there just haven’t been the opportunities this time.

Have you had many injuries and how do you cope with them?

Plenty, yes, but nothing too serious, just broken bones; ankles, a shin, ribs, my face, teeth, wrists and my chest, but never too bad, luckily.

It is always hard to be on the sidelines and it is natural you want to get back as quickly as possible. The longest I have been off is roughly ten weeks.

What do you consider to be the biggest challenges you face in your life?

My weight, I suppose. I am 5ft 11in and can do 10st 8lb, but it is a struggle keeping it down. You do have to discipline yourself to a certain extent, but I am lucky because of the type of horse I am riding. Fortunately, I don’t have to do 10st 8lb that often.

Racing’s support for the awareness of prostate cancer has gathered momentum over the last year. You grew a moustache for ‘Movember’ in 2011 to help highlight the cause. Did you support it again last year?

I didn’t grow one last time; once was enough! But there was a successful charity event in August that raised €150,000.

Jim Bolger organised it; he had one hurling team and I got another together and we played each other.

Tom Doyle, Martin Ferris and Ken Whelan were among a lot of jockeys who turned out.

Following all your success in the saddle have you pursued any business interests outside racing?

Just farming and breeding. We have a reasonable sized farm at Youghal, County Cork where we breed horses and my dad has bred plenty of winners.

The best one would be Colonel Braxton, who won a couple of Grade 1 races.

Which winner has given you the most satisfaction, and why?

All my Cheltenham winners have been an important part of my career. I suppose Weapon’s Amnesty is special because he gave me my first Grade 1 success.

Another smaller winner was Wijikura, who was owned by my father. The fact that I was wearing dad’s colours was a great feeling, too.

I jumped the last and quickened well coming to the line. I thought I’d done enough but a horse of Gordon Elliott’s, Cause Of Causes, flashed by me and I very nearly got caught. Luckily Rebel Fitz had just lasted home.

In a way it was similar to the Australian sprinter Black Caviar when she just hung on in controversial circumstances at Royal Ascot.

But all’s well that ends well and I didn’t get disciplined by the Galway stewards. At the time I said I wanted a good kick up the arse and that I wouldn’t let it happen again.

Can you give us a horse you are particularly looking forward to riding this winter?

I am looking forward to Weapon’s Amnesty coming back after his injury. They are getting stuck into him at home, beginning to ask him plenty of questions and he’s on the road back.

There’s a chance they may start him off in a hurdle before competing in the big chases. Hopefully he will be his old self again. 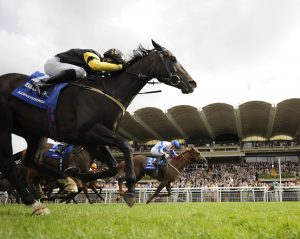 Up Next
New Flat committee to work with BEBF