Once again this season, trainer Colin Tizzard found himself in the spotlight. This time it came courtesy of Theatre Guide, who edged out a close finish to the Grade 3 Unicoin Group Handicap Chase on day one of Cheltenham’s International meeting.

The son of King’s Theatre was never too far off the pace under Paddy Brennan in Jean Bishop’s familiar blue and pink silks.

Perfect Candidate, a horse that Brennan has won aboard previously, led the 12-strong field from the outset and began to turn the screw five from the finish. Also close up was Tizzard’s second runner in the race, Bally Longford, one of the Potts’ battalion to have transferred across the Irish Sea.

Coming to the third last the leader held a slender lead with the two Tizzard horses applying pressure either side. Bally Longford skipped four lengths clear over the second last, but was reeled in by the other two after the last.

In a finish of heads, Theatre Guide had got there by a nose from Fergal O’Brien’s charge after an anxious wait for the photo finish.

For Brennan, this caps another big race for the same connections as Cue Card, who he won the Betfair Chase on three weeks ago for a second time.

A regular pilot for this gelding, the duo follow up another Grade 3 handicap chase win achieved back in February at Kempton.

“Conor obviously works with me and it’s Fergal’s horse so I said whoever wins we’ll shake hands,” reflected Brennan.

“Great courage from this horse, he never gave up and I never gave up. It was a great race at a great place and just delighted to win.”

Cue Card’s win in the Betfair Chase in the middle of November was followed up by Native River’s gritty dour win in the 60th running of the Hennessy Gold Cup at Newbury just a week later.

Tizzard said: “It was lovely for Jean really, he’s called Boycie at home and he’s been a good boy.

“I just felt he didn’t go through with the job in the Hennessy, whether it was because it was a higher class race or what. Paddy was at his best getting up right on the line, he’s a good chap he enjoyed it as much as we did.” 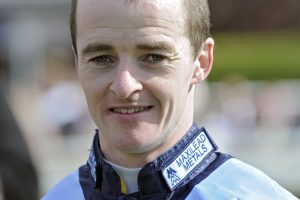 Up Next
Gibbons stands down voluntarily