Hennessy sponsorship at a close
Stories

Leading rider in the all-weather jockeys’ championship, Graham Gibbons, has taken the decision to step down from race riding following the launch of an investigation by the BHA on Thursday.

It follows an incident at Kempton Park on Wednesday, when the 35-year-old was required to provide a urine sample subsequent to his only ride on the card.

He finished sixth on the Sir Michael Stoute-trained Button Up in the second division of the 100% Profit Boost At 32Redsport.com Maiden Stakes over a mile.

A stewards’ inquiry was held following a report from the clerk of the scales which implied that Gibbons had substituted his urine sample with that of Callum Shepherd’s, who also had just one ride that evening.

In a statement released by the Professional Jockeys Association, Paul Struthers, Chief Executive, said: “Callum made a serious error of judgement but to his credit very quickly took steps to correct that error, which ultimately led to the resulting Stewards Enquiry into the matter, to which he gave candid evidence.

“The PJA can also confirm that Graham Gibbons has voluntarily stood himself down with immediate, indefinite effect.The PJA is in touch with both jockeys and will provide all necessary support. They have been assigned legal representation and will co-operate fully with the investigation.”

The Yorkshire-based jockey has enjoyed one of his best year’s in the saddle, and is only six winners shy of eclipsing his current record of 98 winners which he achieved in 2013.

With six winners in the last fortnight, he sits top of the all-weather jockeys’ championship with 20 winners, three clear of Adam Kirby. He will now be missing seven rides which he had booked on tomorrow’s all-weather card at Newcastle.

“The BHA cannot comment further regarding the incident at present as it is now an ongoing investigation. However, this is clearly an issue that we are taking very seriously and we will be taking the necessary steps to progress this matter,” said BHA Spokesman, Robin Mounsey.

However, it was confirmed that Gibbons had subsequently given another urine sample which will be sent away for testing ahead of any inquiry. 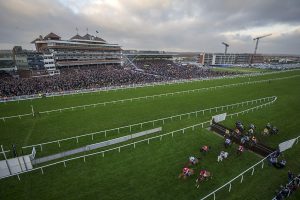 Up Next
Hennessy sponsorship at a close