Angels Breath and Mont Des Avaloirs will face off in a match race for the Grade 2 Jacquart Noel Novices’ Chase (2m5f) at Ascot today.

The Nicky Henderson-trained Angels Breath reappeared last month at the Berkshire track for his chasing debut when he dispatched the Kim Bailey-trained First Flow by an easy eight lengths.

Mont Des Avaloirs, trained by Paul Nicholls for owner Johnny de la Hey, will have to improve on his fourth-placed effort behind Champ at Newbury last month if he is to trouble Angels Breath.

Four runners go to post for the Grade 2 Sky Bet Supreme Trial Novices’ Hurdle (1m7½f). Ribble Valley, trained by Nicky Richards, will attempt to make it three from three over hurdles having scored easily at Hexham and Wetherby in November.

Uttoxter will hold a precautionary inspection at 8am to see if its jumps meeting can go ahead while there are all-weather fixtures from Southwell, Wolverhampton and Dundalk (Ireland).

Racing TV revealed on Thursday that it will produce a fully dedicated Irish channel on Boxing Day, which will be available on RTV Extra’s digital platforms and simulcast on the FreeSports channel in Britain and Ireland.

Racing from Leopardstown, Limerick and Down Royal will be shown in full, which will air from 11.30am to 4pm in addition to the main channel output.

Seb Vance, Director of Communications, said: “Boxing Day’s eight-fixture session is a one-off on the racing calendar. Despite our best efforts, race times have proved very difficult to move given that terrestrial broadcasters’ transmission times are fixed, which means there are multiple races due to go off at the same time.

“To mitigate against these clashes, we are producing a fully-dedicated Irish channel – one of ten channels available on Racing TV Extra, while FreeSports will offer that additional distribution on Boxing Day.”

Officially titled ‘Review of the buying and selling practices of bloodstock and racehorses within British racing,’ the 83-page document was delivered with a date stamp of July 31, an indication of the hold-ups and hurdles that the BHA has faced in getting the report over the line.

The essence of the review is that thoroughbred sales in Britain lack regulation and transparency, with 5% of bloodstock agents labelled as “bad apples” and a number of “unscrupulous individuals” harming the integrity of the industry.

As the sport is keen to attract more racehorse owners, especially at the lower levels, the BHA is keen to clean up a bloodstock industry it views as not fit for purpose.

In the review, led by Justin Felice OBE, four unethical practices are presented as the main concerns for the sport, namely secret profiteering, dual representation, luck money and the practice of bidding up.

Among the main recommendations are to set up a Bloodstock Industry Forum (BIF) – which has already happened – to help implement suggested changes, and for bloodstock agents in the UK to be licensed by the BHA.

Nick Rust, BHA Chief Executive, commented: “There is a great deal to consider in this report and its recommendations. I strongly suggest that interested parties read the report in great depth.

“Whilst not all of the recommendations are in the direct control of the BHA, we are hopeful that stakeholders will accept the basic findings of the report, and work with the BHA to shape and implement all recommendations.” 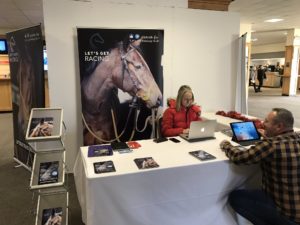 Up Next
Broadening racing's appeal