Russell Saunders on the syndicate and community promoting diversity and inclusion

A desire to promote diversity and inclusion within horseracing has led Russell Saunders and Dawn Davis to set up a syndicate and community with the key aim of helping people “find a home in the sport”.

The Let’s Get Racing syndicate offers affordable ownership through leasing, with each share priced at £65 for a year, while encouraging diversity in its ownership ranks.

Everyone is welcome to join Let’s Get Racing, but Saunders is keen to reach individuals who perhaps wouldn’t have thought of owning a racehorse before.

The community LGBT+ Inclusive Horse Racing, which is run through social media, works in tandem with the syndicate. It is targeted at those within the LGBT+ community, offering individuals a platform to talk about and share their experiences.

Saunders said: “Racing is the most amazing sport. My desire in setting up [the syndicate and community] is to bring people into racing so that they find it rewarding, feel that they’re able to make friends and help them to find a home in the sport.

“Having sat on the committees for Kings Cross Steelers [an inclusive rugby club] and Tennis London, I had a sense that there was a gap for the LGBT+ community within horseracing.

Not only does Saunders want to foster an inclusive environment within Let’s Get Racing and the community group, but he believes that it provides an opportunity to educate and inspire participants.

Saunders explained: “To some extent, we think our target audience are not currently involved in horseracing. It’s about enabling the community to come in physical contact with some of the sides of racing that they wouldn’t necessarily be able to do if they just went to a raceday. 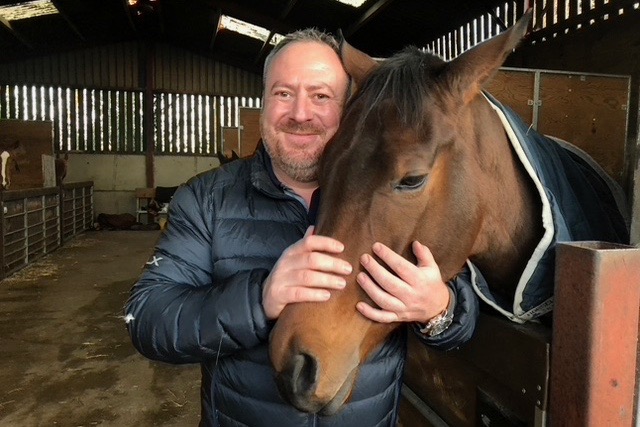 “It’s about education through yard visits, seeing jockeys, stable staff and trainers so they can explain to our members the fantastic things they are doing around animal welfare.

“If we can inspire people through the work that we’re doing to bring the LGBT+ community to horseracing, simply from going to racedays and visiting trainers, we hope to inspire people to join the Let’s Get Racing syndicate so they have the opportunity to participate in ownership.”

Key to moving things forward with Let’s Get Racing was securing a trainer who would be on board with the core aims. A few years ago, when Saunders decided to get into racehorse ownership, he contacted jockey Dougie Costello to see who he would recommend.

“I contacted Dougie through Twitter,” said Saunders. “That was when I was thinking of going into racehorse ownership myself. He very much recommended Mark Walford, who has about 40 horses in training.

“I went to an open day at Mark’s and the first thing that struck me was that he trains in this beautiful setting that overlooks the Yorkshire moors. I ended up being part of a small syndicate and the experience was extremely positive.

“When Dawn and I were coming up with the idea for the LGBT+ group and syndicate, we spoke to him and asked his take on it, and if he would be willing to get involved in some capacity. He was really excited to get involved and thought nobody else was doing anything similar.

“He said he’d open up his stables for that group to become more involved both as owners but also through open days.

“It is an opportunity to broaden the appeal of horseracing”

“It was great to get that warm welcome. When you have allies like Mark who are willing to be part of it, it creates an environment where you can push the boundaries a little more and try things out.”

The syndicate purchased its first horse at this year’s Tattersalls Autumn Horses in Training Sale when going to 10,000 guineas for winning three-year-old filly Risaalaat. Offered by Shadwell Stud, the daughter of Mukhadram had won a seven-furlong maiden in June.

In training with Walford, Risaalaat is currently on walking exercise and will most likely hit the track towards the end of March/beginning of April to encounter her favoured soft ground conditions.

As the year draws to a close, 2020 is set to be an important campaign for Let’s Get Racing and LGBT+ Inclusive Horse Racing. Key to that will be gaining traction, not only in the sport but also in the LGBT+ community.

Saunders added: “It will be really important for us in our first year to get our message out to raise visibility and expand our partners within racing. As we gain more traction and people know that we’re here, there may be a syndicate specifically for the LGBT+ community.

“We think it’s really important to be member-led. If I look at Facebook groups, like the National Hunt enthusiasts page and racing nostalgia group, they are created by an individual or group of individuals. But it is the members that define the direction.

“We welcome anyone from within racing or outside of racing to start a conversation with us about our LGBT+ group and what it could be doing to further participation in racing.” 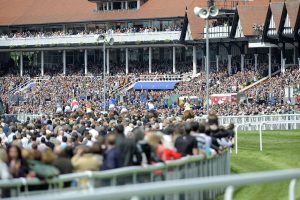