Tattersalls has the ‘wow’ factor

With just over a week to go to the second staging of Britain’s richest raceday, QIPCO British Champions’ Day, its principal backer, Sheikh Fahad Al-Thani, showed his  long-term commitment to the sport when spending 2.5 million gns on a Galileo three-parts-brother to Authorized at Book 1 of Tattersalls’ October Sale. 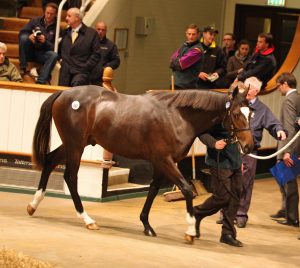 The colt, already named Hydrogen, became the most expensive yearling bought at auction anywhere in the world this year and played a significant part in helping the elite section of the auction to set the highest turnover ever recorded by a yearling sale in Europe at 68,102,500gns. This total was for 418 horses sold and, although the number of lots was up by 15% on last year’s sale when 364 were sold, the turnover rose by 32% from the Book 1 figure in 2011 of 51,634,000gns.

While Hydrogen was widely predicted to top day three of the sale, he was far from the only star. On the first day, a colt by exciting young sire Raven’s Pass out of Galileo’s first Group 1 winner, the Irish 1,000 Guineas heroine Nightime, led proceedings when selling to Sheikh Mohammed for 800,000gns. That day alone was a record-breaker when achieving the highest aggregate for a single day of trade for Book 1, but that record would stand for 24 hours only as two million-guinea Galileo fillies on the second day pushed the tally even higher. 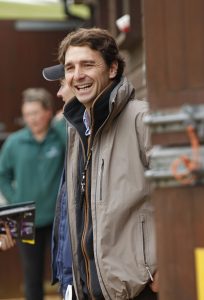 Mandore International Agency, owned by Nicolas de Watrigant, had been the leading buyer at Arqana’a August Sale and the young Frenchman came to Newmarket determined to make an impact this side of the Channel, which he duly did when signing for the 1.5 million gns second-day topper. The full-sister to this year’s Oaks winner Was came in to the ring three lots from the end and provided another show-stopping moment when De Watrigant saw off competition from John Magnier, who was also the underbidder on the sales-topping colt.

Magnier did get his way on the third seven-figure yearling of the sale, however, when paying 1.3 million gns for another daughter of Galileo, a full-sister to Grade 1 winner Together, from the Camas Park Stud consignment.

Responsible for the six most expensive lots sold and seven of the top ten, Galileo’s pulling power seems limitless and, from 42 yearlings originally catalogued for the sale, 39 were offered and 29 sold for an average of 494,655gns and grand total of 14,345,000gns.

Aside from increases in all sectors apart from the median, which held steady at a healthy 100,000gns, the most positive aspect of the sale was the variety of international top-end buyers. French- and British-associated members of the Qatari royal family where both active, along with Australian Paul Fudge, who buys as Waratah Thoroughbreds through Michael Goodbody, South African Mary Slack, Ibrahim Araci of Turkey, and American Jon Kelly, who has become a major patron of Luca Cumani’s Newmarket stable.

Then of course the ever-faithful team from Dubai of Sheikh Mohammed, his associates in Rabbah Bloodstock and his brother Sheikh Hamdan’s Shadwell operation. Those three outfits alone – and bear in mind Sheikh Mohammed often buys through other agencies – accounted for 85 yearlings at a total expenditure of 13,764,000, just over 20% of the sale’s aggregate. 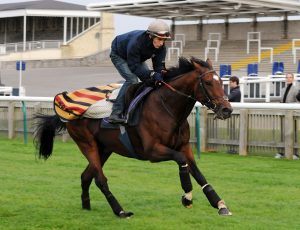 Up Next
Frankel impresses in Rowley Mile workout