The Tattersalls Craven Breeze-Up Sale ended its two-day run in Newmarket on Wednesday evening with a successful renewal in the books, buoyed by a set of results that returned rises across-the-board.

The disappointing aspect was the clearance rate of 77% – a decline from last year’s figure of 88% – although private sales were still going through as the lights were being dimmed on Wednesday evening.

“The fact that the Tattersalls Craven Breeze-Up has produced the winners of both of this week’s premier Classic trials, Cachet and the unbeaten Champion Native Trail, is a powerful endorsement of our premier Breeze Up Sale and the competition for the two year olds over the past two evenings has reflected the sale’s reputation for consistently delivering two year olds of the very highest calibre,” said Tattersalls Chairman Edmond Mahony.“The array of lucrative Tattersalls bonuses on offer for all Craven Breeze Up purchases continues to attract owners and trainers in all sectors of the market and the domestic buyers have faced stiff opposition from a diverse crowd of overseas buyers, all of whom have contributed to a Craven Breeze Up Sale which has posted gains in the key metrics of average, median and turnover, albeit with a clearance rate which has not matched last year’s record level. In addition to the strong overseas contingent from America, Bahrain, Dubai, France, Italy, Kuwait, Qatar and Saudi Arabia, we have had live internet bidders registered from Hong Kong and Japan and the global profile of the Tattersalls Craven Breeze Up continues to rise.“As ever there have been some outstanding pinhooking triumphs, all of which reflect the professionalism of the consignors whose support of the Craven Breeze Up is key to its success. As an unbeaten European Champion, Native Trail may be a hard act to follow, but we look forward to rewarding even more owners with lucrative £15,000 Craven Breeze Up Bonuses and hopefully to another winner of either of the substantial Royal Ascot and Group 1 bonuses.

“In the meantime there are plenty more quality two years olds on offer at the forthcoming Tattersalls Guineas Breeze Up and Horses in Training Sale and we look forward to sustaining the momentum from a successful Craven Breeze Up.”

Particular mention must go to Tally-Ho Stud, which not only sold the top two lots headed by a 525,000gns son of Kodiac but also wound up as leading consignor for the third consecutive year.

On Wednesday, the Tally-Ho bandwagon rolled on into a daughter its resident sire Kodiac for whom Michael O’Callaghan, standing with Amo Racing’s Kia Joorabchian, outbid Jake Warren, David Redvers and Richard Brown at 470,000gns.

O’Callaghan has had plenty of success buying from Tally-Ho Stud’s breeze-up arm in the past and is hopeful that this stud homebred, a half-sister to Listed scorer Evil Spell and the Group 3-placed Society Power out of the Fasliyev mare Yajala, will follow suit.

“She comes from a very good consignor,” he said. “I’ve bought lots of good horses from them – Twilight Jet, Now Or Never and Blue De Vega to name but a few – and this filly did an excellent breeze, she was one of the fastest, and has a great pedigree. She looks fast, and hopefully she’ll be good enough for Royal Ascot.” 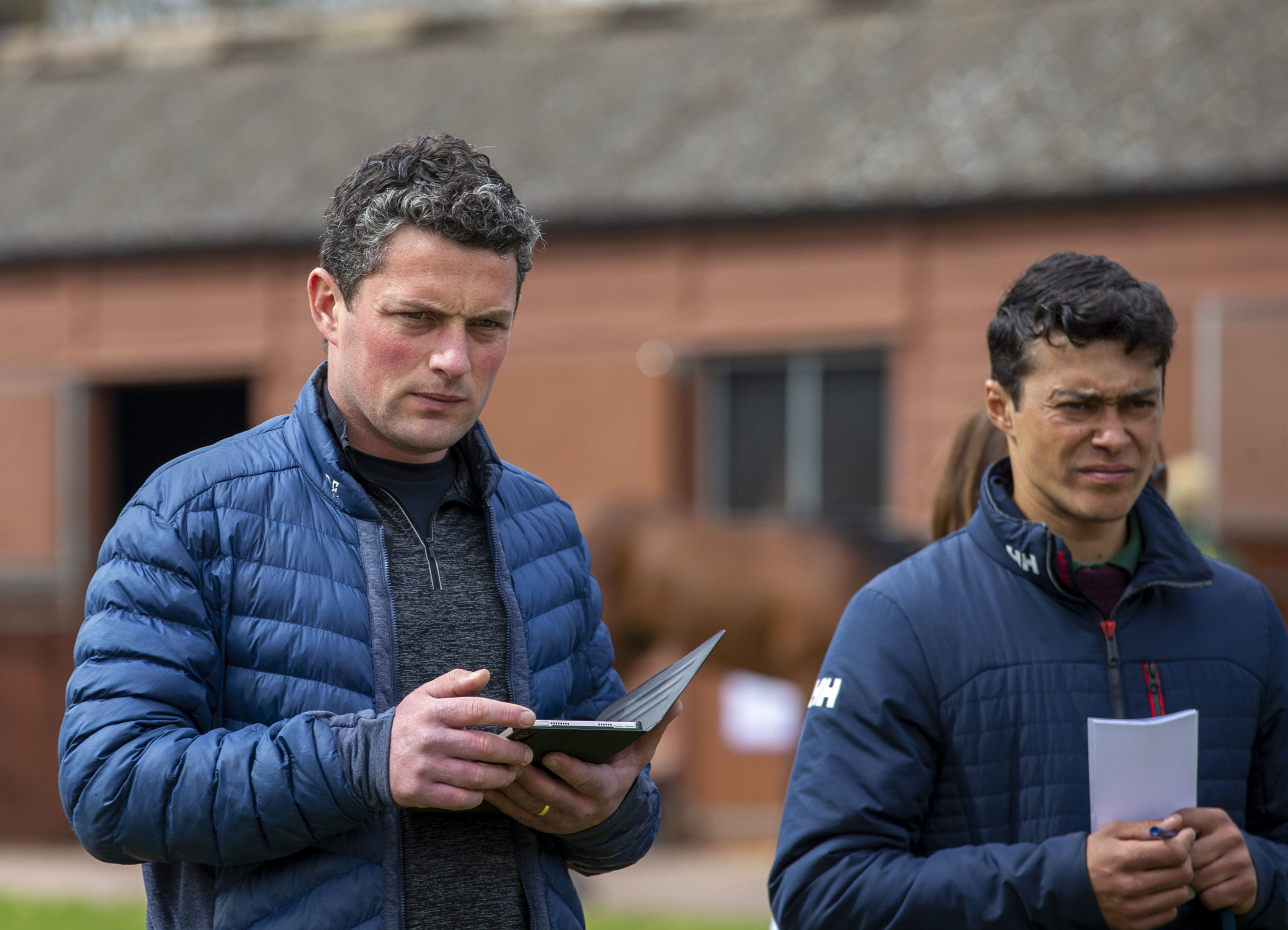 A well-related first-crop son of Sioux Nation, meanwhile, will carry the colours of KHK Racing after falling to Anthony Stroud at 380,000gns.

The colt’s sale led the way among WIllie Browne’s eight-strong Mocklershill draft and in the process, turned a fine profit on his €50,000 valuation as a Goffs Orby yearling. By a young stallion who sits at the top of the betting for champion first-crop sire honours, the colt was bred by Pier House Stud and hails from a thriving family as a half-brother to last year’s Breeders’ Cup Juvenile Turf Sprint winner Twilight Gleaming. In addition, his unraced dam Thames Pageant is a half-sister to the Queen’s Derby hope Reach For The Moon.

“He will stay in England for KHK Racing, though I’m not sure who will train him,” said Stroud after outbidding Richard Brown. “He moved very well, did a good breeze and is from a good consignor; he just ticked the boxes. He looks a real two-year-old as well. Sioux Nation has already had a winner, and hopefully this horse is one who could put him on the map.” 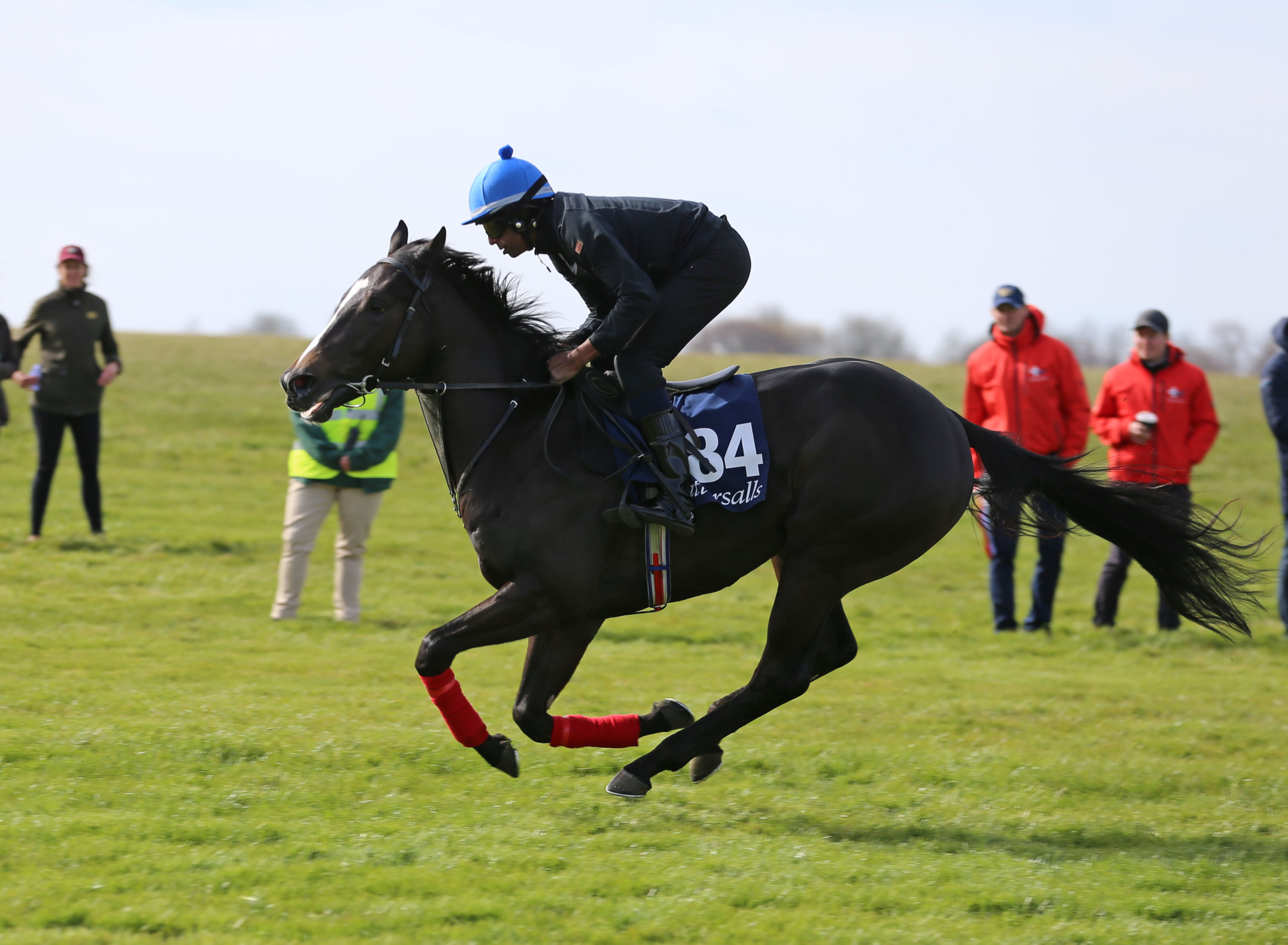 One of the best bred lots of the day, a Kingman colt out of Group 3 winner Fate, also unsurprisingly proved popular, selling for 300,000gns to Ross Doyle.

“He’s a smashing horse from a good farm – we bought Witch Hunter [a recent second in Listed Spring Cup] from Mick Murphy,” said Doyle, acting on behalf of an ‘existing client’. “He’s a really attractive, good-moving, strong horse with a fantastic pedigree. He did a nice breeze but he’ll be more of a 7f, miler type.”

Owner Bill Gredley also made a dip into the breeze-up market, going to 270,000gns for a filly from the first European crop of shuttler Zoustar.

A half-sister to two winners, the filly is out of dual winner Cordial, a half-sister to Group 3 winner Monarchs Glen from the further family of the Prix de Diane heroine Nebraska Tornado.

“I liked the grey filly earlier [lot 116; by Dark Angel] and I was underbidder on her,” he said. “I liked this filly, a lot of people liked her so she cost a lot of money, but if you want something good you’ve got to pay for it.

“We’ve got the stud but we’ll race her first and if she gets to the track and wins that’d be good. I’ve been in racing a long time and I don’t usually buy at the breeze-ups but I had a look at her and she seems to have a nice personality, which works for me. I like nice people with nice personalities and she seemed nice.

“We’ve got a few trainers but I don’t know who’ll get her. I’ll have a chat with my son [Tim] but he’s in Spain jumping horses at the moment.”

Her sale marked an excellent profit for vendor Jim McCartan of Gaybrook Lodge Stud, who had paid £70,000 for the filly at last year’s Tattersalls Somerville Sale.

“We wanted to buy a Zoustar, we wanted to support the stallion,” said McCartan. “And she was just a very nice individual.

“We were hoping she would turn out to be a Craven filly. She’s done nothing but improve. She’s been very easy to train and she came here, did a very good breeze and showed very well. We’re delighted.”

For Gredley, the purchase marked a rare dip in the breeze-up market but while looking forward to seeing her on the track, the owner was also acting with a long term view in mind.

The catalogue may have been light on American pinhooks by its usual standards but of those that did go through the ring, several were notably successful led by an American Pharaoh colt who blossomed from a $57,000 yearling into a 260,000gns two-year-old for Eddie O’Leary’s Lynn Lodge Stud.

Saud Al Qahtani of Prince Faisal bin Khalid bin Abdulaziz’s Najd Stud, sitting with Peter Doyle, came out on top in a battle with Stuart Boman of Blandford Bloodstock for the colt, who boasts European connections on his female side as the second foal of a winning Oasis Dream mare, Circulation, who is a half-sister to the Juddmonte-bred champion and multiple Group 1 winner Twice Over.

“He was a lovely big strong horse when I bought him,” said O’Leary, who signed for him as a yearling through Mags O’Toole. “He did everything right through the winter and developed into a lovely horse.” 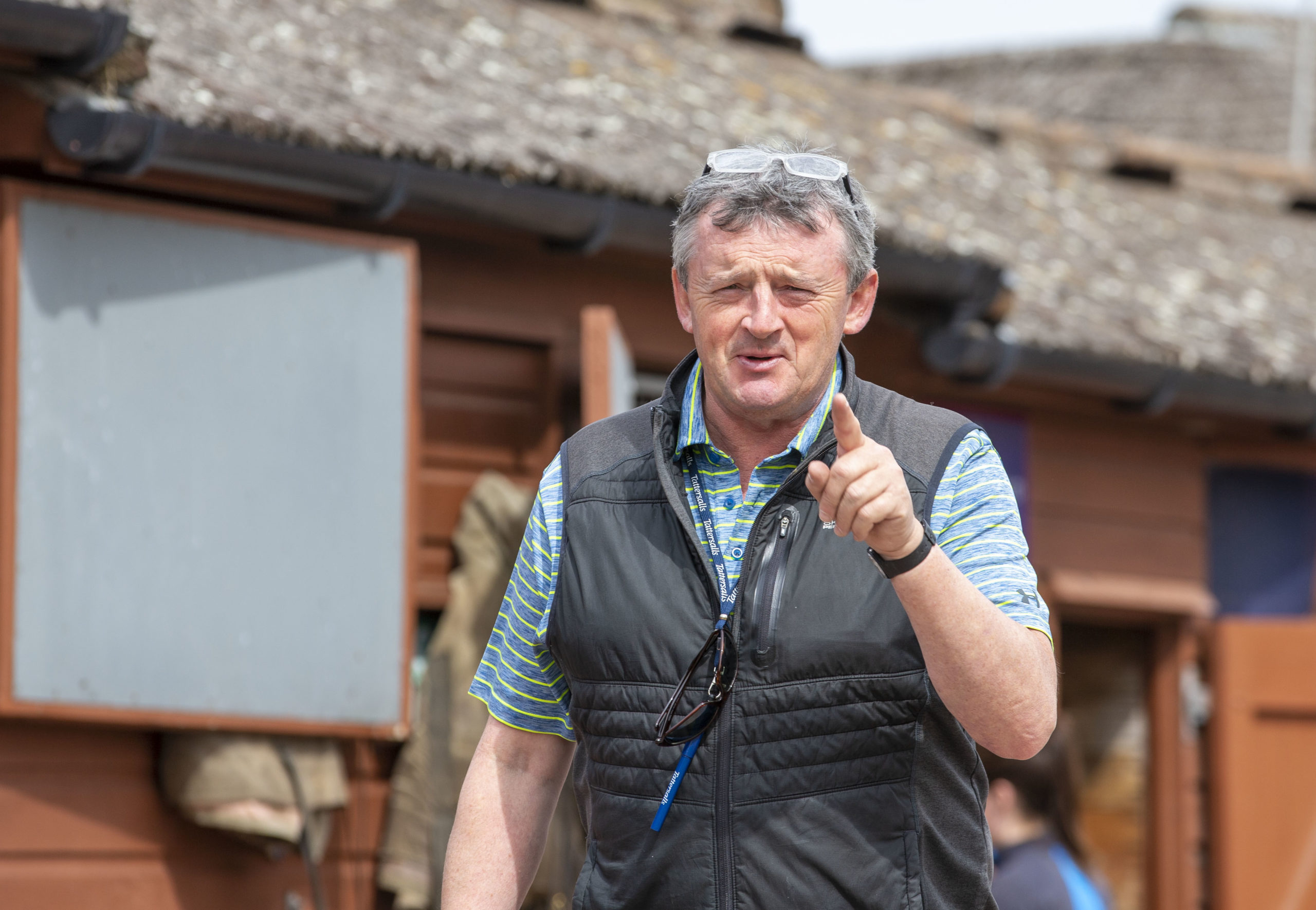 Plans call for the colt to head to Saudi Arabia, where if all goes to plan, he will be aimed at the Saudi Derby.

Najd Stud has become a major presence at the many of the European horses in training and breeding stock sales but yesterday’s acquisition marked its first foray into the breeze-up market.

“The Craven Sale is a good sale and it has produced the best three-year-old and champion in Native Trail,” said Al Qahtani. “That encouraged us to come over.”

Doyle added: “He is a lovely horse and a very sound horse – Stuart Boman was bidding on him for Hong Kong and he would have had to pass everything for them to be interested. He is an American-bred and American horses suit the surface in Saudi Arabia.” 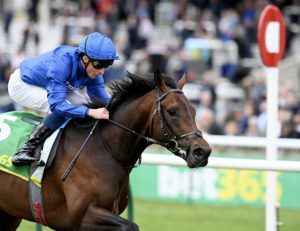 Up Next
Native Trail proves different class in Craven Stakes