Godolphin’s Native Trail retained his unbeaten record with an impressive seasonal return in the Group 3 Craven Stakes at Newmarket on Wednesday, consolidating his position at the head of the market for the QIPCO 2,000 Guineas later this month.

Winner of all four races at two, including the Group 1 Dewhurst Stakes at Newmarket on his final juvenile outing, the Charlie Appleby-trained colt was up against five rivals on his first run over a mile and he looked to relish the step up in trip.

William Buick always looked to have matters in hand as Native Trail travelled smoothly into contention approaching the furlong marker and quickly asserted his superiority, galloping on strongly to pass the post three and a half lengths clear of Claymore. 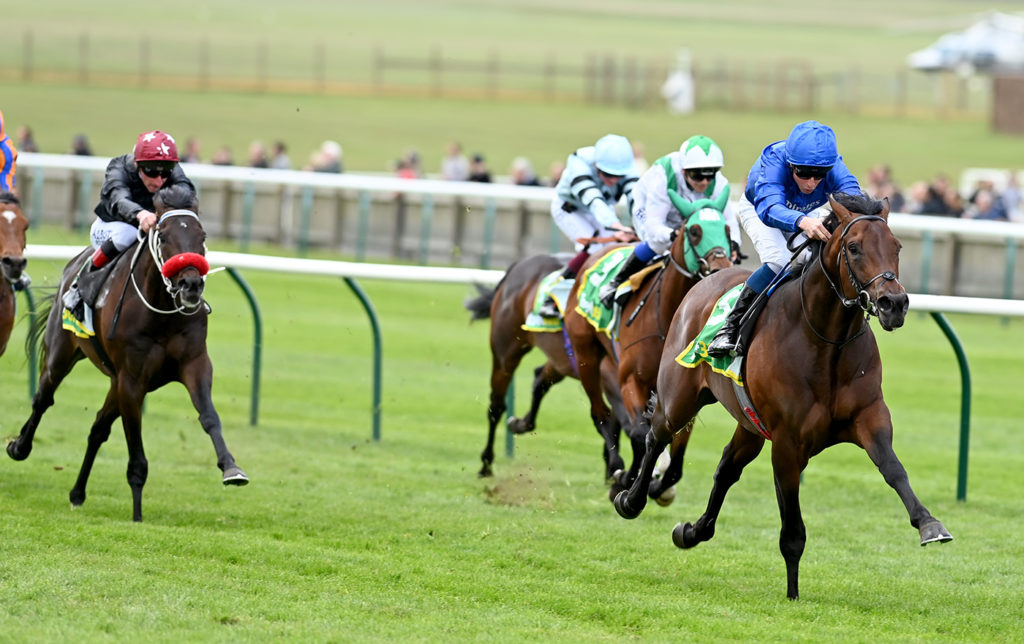 Appleby said afterwards: “I’m delighted. Watching the race, I was happy throughout even when he came under the pump. I could hear everybody in the stands saying he is under pressure, but we know this horse.

“What I love about him is that he does it all the right way round. He is not one of these horses that is a free traveller, and you think is doing too much and what is he going to find.

“You know once this horse hits the rising ground and gets into a battle he is going to keep finding. I’m delighted and relieved.

“I’m delighted we’ve got that first run under our belt. I was delighted with how the horse looked in the paddock and I’m delighted how he prepped into the race but I’m more encouraged now he has had that run into him.

“He has got a lovely run style. I know people say he might be a bit round and when he comes into the dip, he might come under the pump a bit. But when hits that rising ground, he races the right way around and in an economical fashion.

“He is not keen, and he doesn’t try to over-race. William can park him where he wants to and more importantly when he gives him the signal to pick up, he does. I’m very happy.

“We were two kilos heavier today than in the Dewhurst. I’m a big believer that to go into a Guineas you want to be the same weight as in the Dewhurst and I’m happy where we are. His racing brain has clicked in, and we look forward to the Guineas now.

“He saw that out well there today. It was one thing after the Dewhurst that stepping up to the mile was always going to suit him and we saw that today and hopefully we will see that in the Guineas.”

Earlier on the card, the Chris Wall-trained Double Or Bubble held off Garrus by a short-head to land the Group 3 Abernant Stakes (6f), her first strike at Pattern level, under Jack Mitchell for owner Salah Fustok. 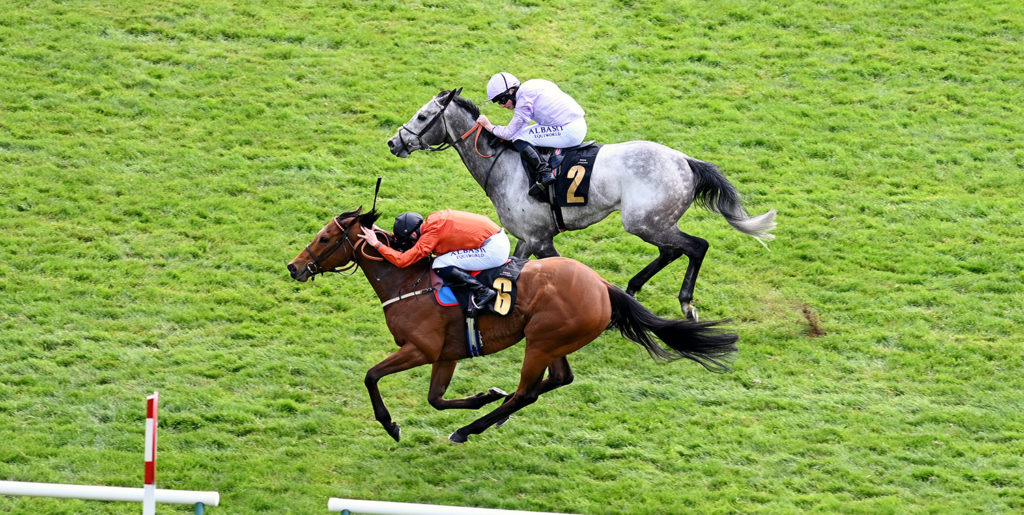 Double Or Bubble and Jack Mitchell (nearside) hold off Garrus and Ryan Moore in the Abernant Stakes | Photo: Bill Selwyn

Wall said: “She has done very well and matured well again. She is five now, but she has strengthened further from where we were with her last year. That’s a good start and it was always the plan to keep her in training.

“She has got plenty of speed for six and we know she stays seven. As long as we have a sound surface, that is what she likes. We’ve got a nice conundrum what we might do next.

“As she has got a lot stronger, she has got a bit quicker. When I saw she was travelling well at the bushes I thought we will take a hand in the finish here.

“That was a good effort first time up. There are some fillies-only races but we might try go up in grade a bit.

“It [the Platinum Jubilee Stakes at Royal Ascot] is a possibility. I think that closes next week but we will pop her in it. If it is fast ground, she would be a player and it would be interesting to see how she stands against the better ones.” 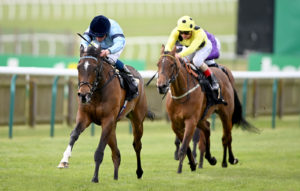 Up Next
Classic dream alive for Cachet after Nell Gwyn triumph