The former is famed for its analysis of the past year’s sales, meticulously prepared by Michael Ross and providing a valuable final independent perspective on the year’s trade. Setting 2011 results against the background of a worldwide economic crisis, Ross outlined clear reasons for the challenges we faced in selling our bloodstock. However, he too was surprised the European bloodstock sales bucked the trend with improved figures almost across the board. A combination of reduced catalogue numbers, a global market hungry for the best bloodstock buying at favourable currency rates, and a feeling of confidence generated at earlier international sales created a positive outcome, with sufficient optimism to encourage breeders to invest and plan for the future.

A wealth of headline data published in the Fact Book suggests the severe corrections witnessed by the British and Irish bloodstock industries in 2007/8 have largely levelled out and numbers appear to be stabilising. I hope overproduction is a phenomenon of the past and that British and Irish breeders, whilst consolidating their businesses, take encouragement from the demand witnessed for quality bloodstock. This information is vital to breeders and Weatherbys are to be congratulated for providing well-presented, accurate information.

All breeders share the same goals: to improve the quality of their stock, first and foremost producing an athlete. I believe stallion selection must, therefore, focus on suitable conformation, performance and pedigree, particularly in a discerning market. There would appear to be a consolidation in the number of commercial sires and no more so than in the National Hunt market. It is undeniably tough for British National Hunt breeders but, thanks to the TBA Elite Mares Scheme, devised by the TBA NH Committee and funded by the Levy Board, we have seen a significant increase in the number of quality mares visiting British-based sires this year.

Despite representing 50% of the thoroughbred population, mares account for less than 20% of the NH horses in training with a published rating. It is vital that the racing industry addresses this unused resource and supports a programme of races to exclusively test mares at all levels. In support of this aspiration, the TBA will also be sponsoring two Listed mares’ novice hurdles in 2012, providing valuable black type opportunities for mares, the first of which is being run at Cheltenham on April 19. We have also launched an annual award to recognise and reward racecourses which outperformed in the number of mares races staged in a season.

This latest initiative provides a further incentive by way of additional race sponsorship to support these courses. Together with plans to launch a monthly mares’ award later this year, I must congratulate NH Chairman Robert Waley-Cohen and his committee – and wish him the best of luck at the Festival!

Our message to the racing industry is “quality matters”. This should be the mantra of British racing. I hear alarm bells rang in Newmarket in February when Paul Bittar addressed a group of industry representatives, leading trainers and breeders. As a result we need to press home the message that the global attraction of our sport relies on the quality of the British-trained horses and the calibre of racing we stage. This is intrinsically linked to the health of the domestic breeding industry. If we fail to recognise this, we risk the unique nature of British racing.

Wise words from one of our leading trainers reminded those present at the introduction of Paul in Newmarket that, despite the most encouraging signs from government, valuable income from licensing offshore betting operators and exchanges is still, even for the optimists, some way off boosting prize-money. There is, therefore, the greatest need to pay full attention to maintaining and enhancing the quality of British racing now, if we are to retain the support of the global bloodstock market. 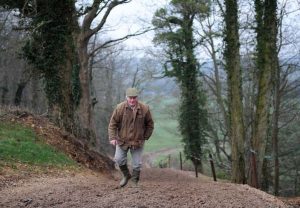 Up Next
A family force