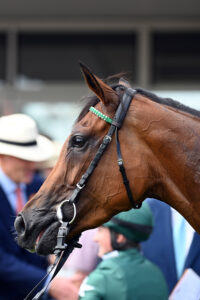 Imad Al Sagar’s homebred Nashwa confirmed herself as one of the best fillies of her generation on Thursday by running away with the Group 1 Qatar Nassau Stakes at Goodwood under Hollie Doyle. In the process, Doyle became the first female jockey to win the 10-furlong showpiece.

Held up early on, the 6/5 favourite Nashwa made ground smoothly to challenge on the outside of runners in the straight before stretching away in the final furlong for an authoritative length-and-three-quarter success. Aristia posted a career-best in second at 40/1, with Lilac Road third after meeting trouble in running.

It was the fourth win for Nashwa, who carried Doyle into the history books when winning the Prix de Diane last month. Prior to that success, she ran a game third in the Oaks having won the Listed Haras de Bouquetot Fillies Trial at Newbury.

Winning owner Imad Al Sagar was on hand to welcome his star homebred. He said: “Nashwa is a homebred and I must admit that I am very emotional when it comes to her. She is my first Classic homebred and I am very proud of her. It is significant as this is the future broodmare for Blue Diamond Stud. The important part is that I own the family. Her dam Princess Loulou is now in foal to Frankel, carrying a filly which makes her a full-sister to Nashwa.

“Talking about the season, we knew from her two-year-old career that she was special, but how special we did not know. Since April, she has developed physically and mentally very quickly. She demonstrated those skills at Haydock and at Newbury in a Listed race. In the Oaks, she was beaten three and a half lengths and ran out of stamina. We were going into unknown territory, but in the French Oaks, she demonstrated a beautiful performance and now her second Group One in the Nassau.

“Our target will be the Prix de l’Opera on Arc day and then the Breeders’ Cup for the Filly & Mare Turf. She has had a busy season and we don’t want to overdo it.

“What I saw in Hollie is what she demonstrated today, but two years ago. Hollie is a gifted jockey, very intelligent and very dedicated. She has proved that today. I’ve said that gender should have nothing to do with it. Either you have it or you don’t.” 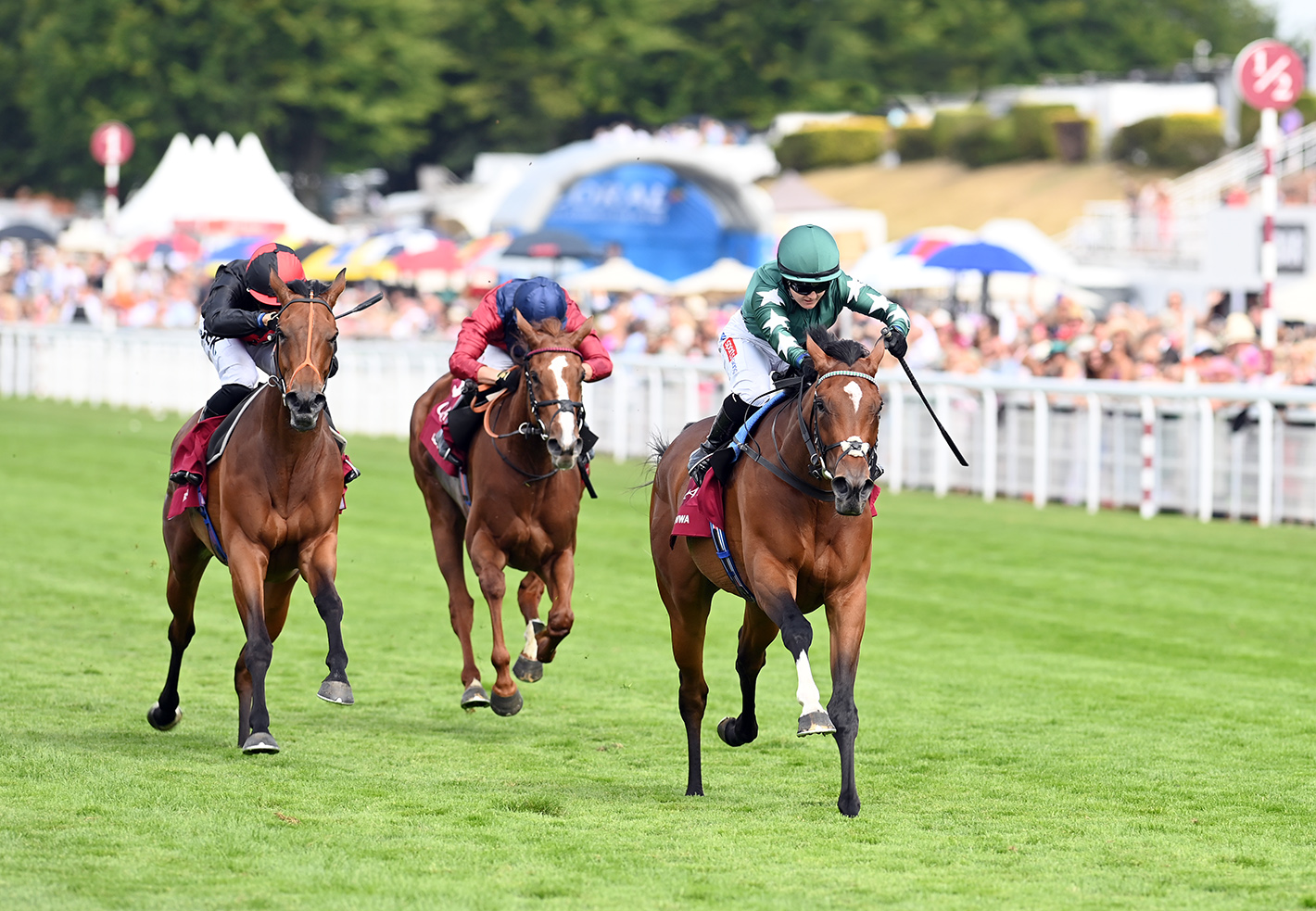 John Gosden added: “We were drawn nine and we didn’t want to get caught on the outside with daylight. We have relaxed in last and what they’ve done is suddenly pull the pace up. If you look at the fractions, they did two 14 second furlongs in the middle, which is as slow as you can go. Coming from last made it tough on her as they are quickening down the hill, but Nashwa has got the class and, when the ground levelled off, she was happier. She is versatile to do that from off the pace. I think next time we might have to put a pacemaker in.

“She has won with a bit in hand, but she is a grand filly who is improving all the time. Her owner-breeder Imad Al Sagar keeps pictures of her and she has changed a lot this year alone. I think we will stay in against the fillies in something like the Prix de l’Opera. I don’t want to rush taking on colts this year, maybe next year.

“We tried over a mile and a half at Epsom and she didn’t quite get the trip. She has won the Diane and the Nassau, so you can never ask for more from a filly. She has got the frame to improve again in the autumn and next year.

“Hollie Doyle is a star. She has an incredible work ethic. As a rider, she is very savvy and strong with great balance. She has the most wonderful personality, and she is so applied and focused – she is a credit to anybody in any line of work.”

Hollie Doyle was quick to praise Nashwa as the ‘horse of a lifetime’. She said: “It is pretty awesome. She gave me some feel. A change of tactics today from France, but it paid off. Nashwa is A1, you can’t fault her.

“I rode her aggressively in France because we had a good draw and I wanted to hold my position. Today, in between her work from her previous run, she now knows what she is doing, so I didn’t want to light her up and ride her from a pace angle. Mr Gosden told me to ride her that way today.

“I came down the hill with a double handful. She travels very well, but she takes a while to hit top gear. I was conscious about keeping her balanced down the hill. This is her perfect trip. She has a high cruising speed and sees it out very well. She is push button and you can ride her anywhere, which is really nice.

“Nashwa is a horse of a lifetime and if it wasn’t for Imad Al Sagar for giving me this opportunity, I might not have enjoyed days like this. Every Group One means a lot, so you’ve got to enjoy it while it lasts, because you get home tonight and you’ll be back into work mode for the next day. You have limited time to enjoy these moments.”

Nashwa’s victory continues the outstanding season enjoyed by Juddmonte Farm’s Frankel. She was bred by Al Sagar’s Blue Diamond Stud out of the Group 1-placed Princess Loulou, a daughter of Pivotal who has also produced the smart handicapper Louganini. Princess Loulou’s yearling filly by Decorated Knight is scheduled to sell at next month’s Arqana August Sale. 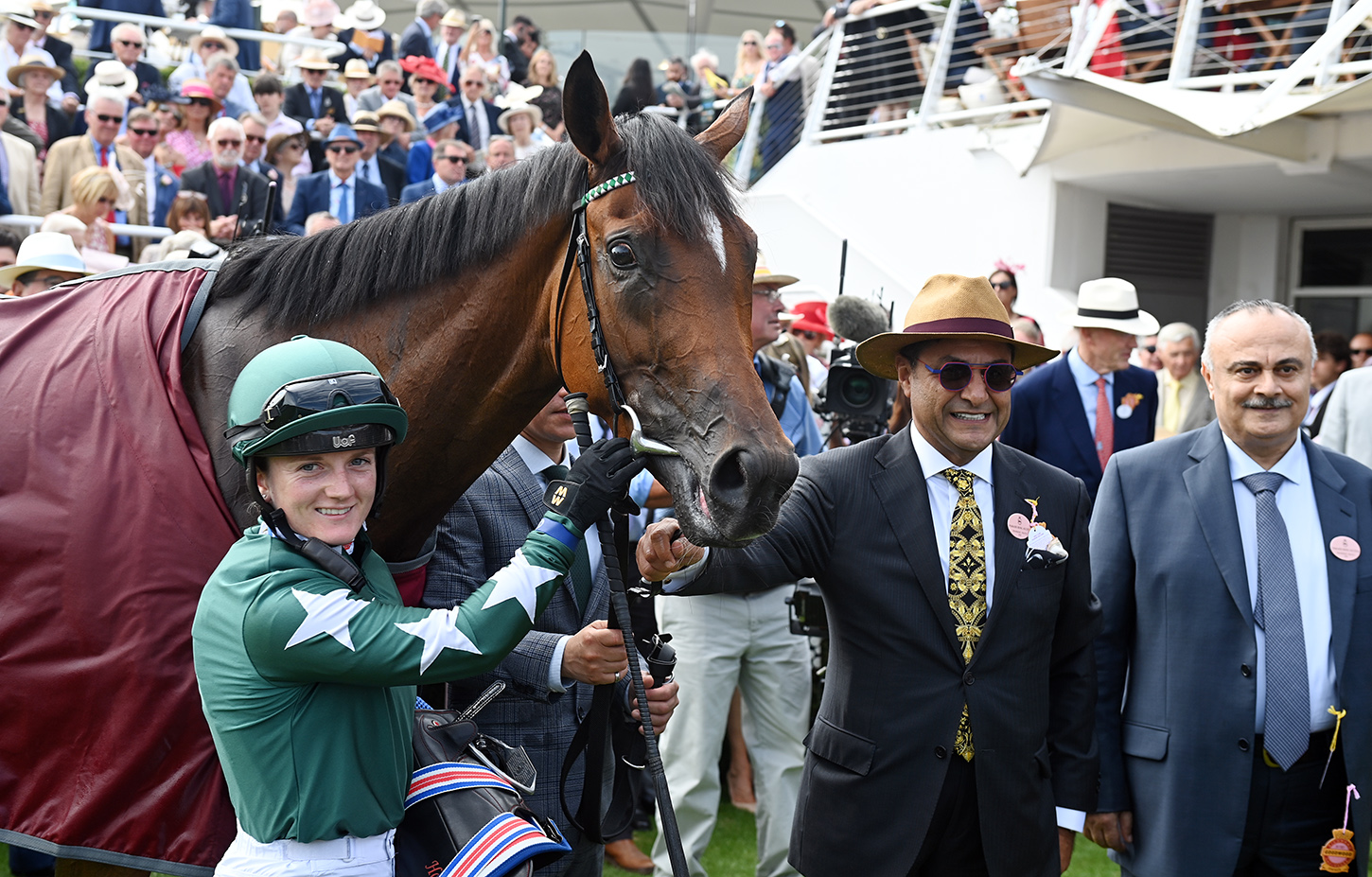 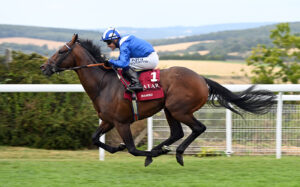 Up Next
Baaeed brilliant in Sussex score