Baaeed cemented his position as the world’s highest-rated racehorse with another bloodless display at the highest level, this time when running out the dominant length and three-quarter winner of the Group 1 Qatar Sussex Stakes at Goodwood on Wednesday.

Returning to the scene of his wide-margin win in last year’s Group 3 Thoroughbred Stakes, victory for Baaeed was never in doubt, with the 1/6 favourite merely having to be shaken up by Jim Crowley to lead inside the final furlong and pull away from the Poule d’Essai des Poulains winner Modern Games. July Cup heroine Alcohol Free was another length and three-quarters away in third.

This success takes Baaeed’s career record to a remarkable nine wins from nine starts and prize money earnings through the £2 million barrier.

Sheikha Hissa Hamdan Al Maktoum, daughter of the late Hamdan Al Maktoum, said: “For me and my family, Baaeed means the world. He is a homebred and from the same family of Nashwan and the whole lineage. It’s good to see one of our best horses coming from the family that my father worked so hard on.

“He is a pleasure to have. He loves to work in the morning and it’s nice to see horses from a horse person’s perspective that they enjoy their job. Whenever I’m here, I love to come and see the horses. I was very happy to be here. When I came yesterday, I thought Baaeed was going to like it and he did well in the Group Three here last year [Bonhams Thoroughbred Stakes].

“I am very excited to see him at York. After Royal Ascot we thought he was ready for a mile and a quarter. I am wearing a badge with my father on. He comes everywhere with me.” 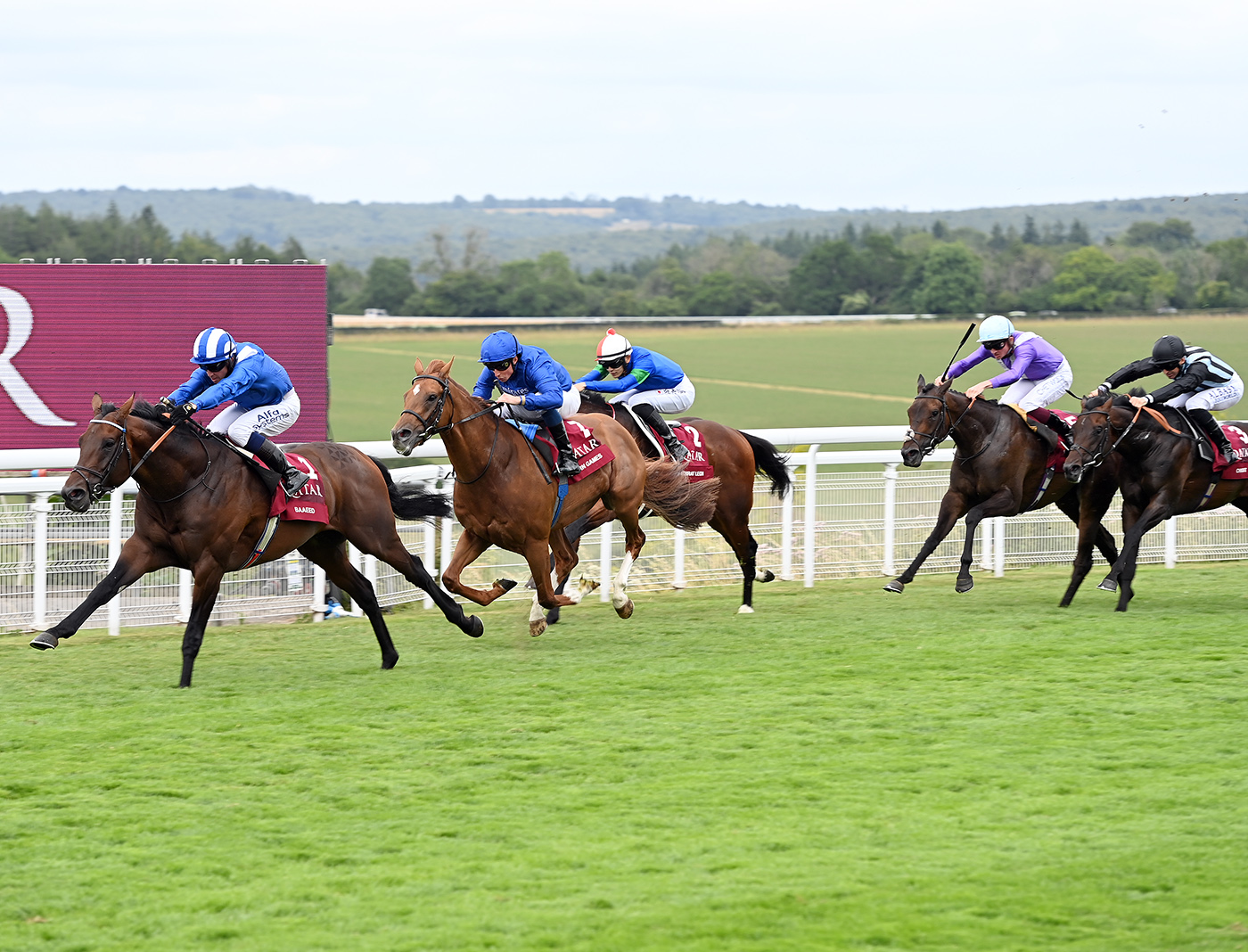 Baaeed is now set to step beyond a mile for the first time in next month’s Group 1 Juddmonte International at York.

“I am relieved it’s over,” said trainer William Haggas. “Baaeed is such a nice horse. It is a great occasion and I said to Sheikha Hissa beforehand that the only time I’ve been photographed as much was when I walked into the paddock at Meydan and shook hands with her father [Sheikh Hamdan Al Maktoum] and about 50 people took my photo. I can’t tell you how sad it is for all of us that Sheikh Hamdan is not here to witness it. He did everything for days like this and he would have loved it.

“We had a little delay coming up here. It’s quite complicated as the boxes are quite a way away at Goodwood so you can’t walk up here. He was up here five minutes too late, but that’s the way it is. He was a little bouncy. He is a four-year-old colt and he knows it. Little things like being drawn next to Alcohol Free, the only filly in the race, does make you think, but actually once he gets going and once all the saddling is out of the way, he is a very professional horse.

“I am really looking forward to stepping up to 10 furlongs as I think he will enjoy it. When the entry [Prix de l’Arc de Triomphe] came up I said to Angus Gold [Shadwell Stud Racing Manager] that if he is a mile and a half horse, we are in trouble as he would have lost his speed. I don’t think we need to go for the Arc. I think we’ll go for the Champion Stakes or the QEII, depending on how he gets on at York.

“I said this to Jim in the paddock, we’ve got him for two more races after this so let’s just enjoy him and make the most of him – because he will most likely go to stud at the end of the year and I’ll spend the rest of my training career trying to find the next one.”

Jockey Jim Crowley was also full of admiration. He said: “Baaeed just does what he has to. He is like his sire [Sea The Stars]. Just before the winning line, he pricked his ears and shut down with me. Baaeed is never going to be exuberant and win by 10 lengths, but the feeling I got off him between the three and the two-furlong pole, no horse can give you that feel.

“I have never known a horse like him before. In the winner’s enclosure here, it’s like he was out having a pick of grass in the morning. He’s so relaxed. He has taken great strides and can do more than win the way he is doing it. I thought the most remarkable fact was that at Royal Ascot he ran the last two furlongs quicker than Nature Strip.

“He’s got everything; a turn of foot, you can put him anywhere in a race; you can make the running, or you can drop him out. Good horses like that, they just tick all the boxes. It will be interesting up to a mile and a quarter next time – I am looking forward to it. I don’t have any worries about him going 10 furlongs. I wouldn’t have any worries if he went a mile-and-a-half, he’s that type of horse. It’s just a real pleasure to be part of him.

“I have ridden some lovely horses, I’ve been very lucky, but this is just on another level. The excitement and build-up before the race is great. It’s funny, I’m not a great sleeper, but I always sleep well the night before riding him. I don’t have any worries and he gives me confidence, and hopefully I give him some confidence as well.”

Charlie Appleby said of Modern Games: “He is like his father [Dubawi] – he goes down on his sword. Everyone said to me you’ve got your substitute, but he is no substitute – he has won a Breeders’ Cup Juvenile and a French Guineas. I would like to have a few more substitutes like that!

“William has given him a great ride. We were in the box seat. The winner is a very good horse, and full plaudits to him. From our point of view, we are delighted.

“I hope he will stay in training. I feel that where we with the horses that we have to potentially retire to the farm, he deserves to stay on for another year and have another crack at it.”

Alcohol Free’s trainer Andrew Balding was also pleased with the way his filly ran. He said: “Alcohol Free has run a marvellous race. I thought Rob Hornby did a beautiful job of getting her to settle.

“She was checked at a crucial stage, but she would not have got anywhere near the winner. However, despite losing some momentum, she has put her head down and stayed on right the way to the line. She has run a fantastic race and we are delighted with her.

“William Haggas couldn’t believe how much she had developed as you sort of miss it when you see her every day. She has really developed into a fantastic looking racemare and we are thrilled with her.

“I am leaving future plans up to Jeff [Smith, owner]. We have entered her in everything over six furlongs up to a mile at Group One level. The filly will tell us to a certain extent, but anything is possible. It could be France, the Matron Stakes or the Haydock Sprint Cup. She owes us nothing, but she is thriving at the minute, but as soon as we think she has had enough, that will be that.” 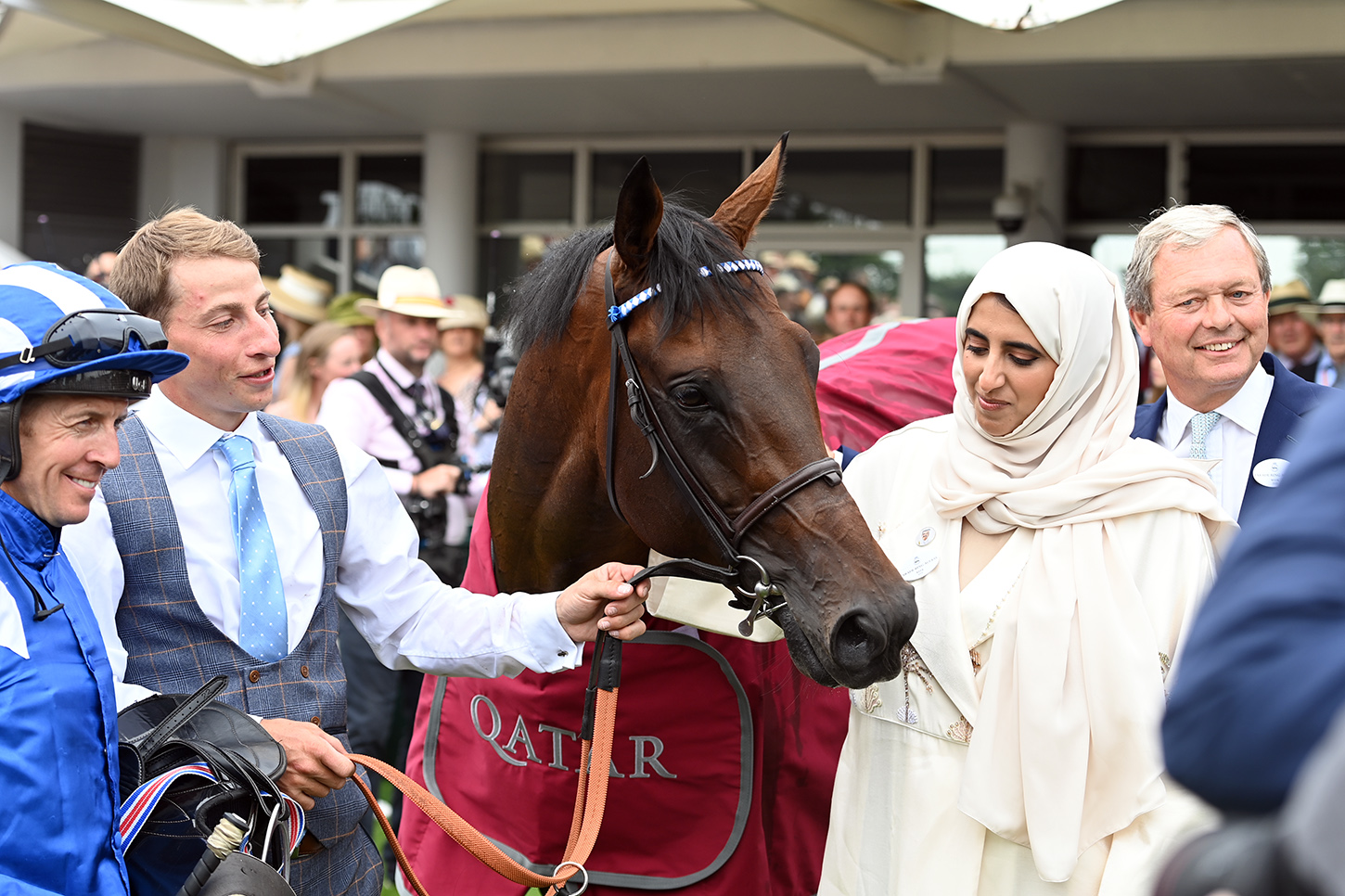 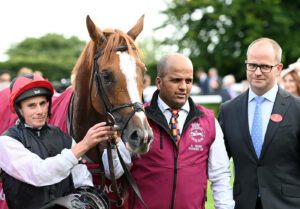 Up Next
Kyprios denies Stradivarius in Goodwood Cup thriller