Richard Hills to retire in March

Britain’s jockeys’ ranks will be without one of their most distinguished members this season, following the announcement from Dubai that Richard Hills will retire at the end of March after Dubai World Cup Night.

Now aged 49, Hills has ridden professionally since the age of 16 (as has his elder twin brother Michael, who currently has no plans for retirement).  This 33-year career has seen him ride the winners of all of Britain’s Classics except the Derby (in which he rode Sakhee to finish second to Sinndar in 2000) while his many other big-race winners include victory on Almutawakel in the 1999 Dubai World Cup.

He will be forever remembered for riding for the Maktoum family: Almutawakel was owned by Godolphin, while the majority of Hills’ best winners were owned by Sheikh Hamdan, for whom Hills has been retained as first jockey since the retirement of Willie Carson in 1996.

Richard Hills has been widely admired for his professionalism and high standards both in and out of the saddle.  This is easy to understand when one considers his background: he had an outstanding mentor in his early life in the shape of his father Barry, while once he had left school he had another as he was apprenticed to the former Newmarket trainer Harry Thomson (Tom) Jones, whose stable was run on impeccable ‘old school’ lines.

During the final phase of his training career, Jones trained almost exclusively for Sheikh Hamdan, and thus Richard Hills found himself riding for that owner from the outset.  He wore Sheikh Hamdan’s colours when riding his first Group 1 winner on the Tom Jones-trained Ashal in the 1990 Ascot Gold Cup; and, after being promoted from the position of the owner’s second jockey following Carson’s retirement six years later, he has become almost synonymous with those famous blue and white silks.

Richard Hills has never been a jockey for whom race-riding has been a numbers game.  He has focussed all his attention on riding Sheikh Hamdan’s team of horses, both in their gallops and their races, and has never been interested in accepting vast quantities of outside rides simply to bolter his income and post large numerical totals.

As he has always been a jockey who has used the whip very sparingly, he has never been a favourite of the less discerning punter, but in the matters of intelligence, preparation, tactical acumen and judgement of pace he has been second to none.  Middle age has done nothing to diminish his skills (remarkably, he enjoyed his most successful season as recently as 2009, when he posted his best ever British total of 98 winners, which put him in seventh place in the jockeys’ championship) and it is good to see him bow out on his own terms when still riding at his best. 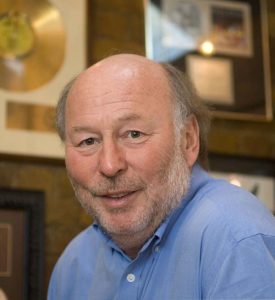 Up Next
Hong Kong Group 1 honours for Stratford