Conor on the mark with Listed double
Stories

Darley has announced that Reckless Abandon, who rounded off a spotless juvenile campaign in 2012 with back-to-back Group 1 successes in the Prix Morny and Middle Park Stakes, is to go back into training.

The four-year-old son of Exchange Rate was fully booked at Dalham Hall Stud at a fee of of £10,000 for his first season in 2014, but poor fertility has meant that he will join the Godolphin stable of Charlie Appleby to resume his racing career after getting only a handful of mares in foal.

Unbeaten in five outings at two, including the Norfolk Stakes and the Prix Robert Papin, Reckless Abandon was originally trained by Clive Cox for Julie Deadman and Stephen Barrow. He was sold privately to Sheikh Mohammed’s operation at the end of his juvenile year but remained under Cox’s care for his three-year-old season, his best performance coming in the Temple Stakes, in which he finished third behind Kingsgate Native – another sprinter to have rejoined a racing stable after fertility problems ended his stallion career at Cheveley Park Stud.

A statement on Godolphin’s website read: “Sprinter Reckless Abandon, successful on five of his eight starts before retiring to stud, is back in training due to fertility issues. The four-year-old son of Exchange Rate has joined Godolphin trainer Charlie Appleby at Moulton Paddocks in Newmarket.

“There are no plans yet for Reckless Abandon who enjoyed an unbeaten campaign as a two-year-old which concluded with two Group One victories over six furlongs in 2012 – the Darley Prix Morny at Deauville and the vision.ae Middle Park Stakes at Newmarket.” 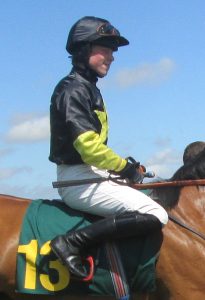 Up Next
Conor on the mark with Listed double