Poet’s Word to the fore again at Tatts Ireland

Crystal Ocean was also popular, with 13 foals selling for an average of €44,385

The faith behind Boardsmill Stud’s young stallion Poet’s Word was again on show on Tuesday, as a colt from the first jumps-bred crop of the King George hero sold for €85,000 to top another record session of the Tattersalls Ireland November National Hunt Sale.

Agent Joey Logan struck the winning bid for the colt, who was bred by vendor Mountain View Stud out of the accomplished jumper Dinaria Des Obeaux. The winner of six races in all, the Saddler Maker mare enjoyed her finest moment for Gordon Elliott when successful in the Grade 2 Anaglog’s Daughter Mare Novice Chase at Thurles, and the Poet’s Word colt is her second foal.

“He is real racy, he has a beautiful head and some step,” Logan told Tattersalls Ireland. “All by the sire really seem to get their heads down and walk. I saw a lot of them earlier in the year and thought they were nice.

“This is a lovely colt, out of a very good race mare – he just has to be lucky now!

Outside of the top lot, it was all about the first-crop of Coolmore’s Crystal Ocean, with a pair of colts by the Prince Of Wales’s Stakes winner selling for €80,000 to Aiden Murphy.

Murphy’s first major strike of the day came courtesy of a Crystal Ocean colt out of Carrowmore from Hillview Stud. He is the third foal out of his dam, who is particularly well-connected as a Yeats half-sister to Grade 1 winner Pingshou and popular Grand National runner-up Magic Of Light.

“Crystal Ocean looks like he is producing good stock, I have seen a number of them,” Murphy told Tattersalls Ireland. “This is a nice colt, a good walker and he has a nice pedigree.

“You have to pay that bit extra. It makes a big difference – with that extra spend, you get three times the horse.”

David Fenton of Hillview Stud was understandably delighted with the result.

“We are delighted but we were confident as we had huge interest in him,” he said. “He is a very well balanced colt and he just ticked the boxes.

“We bred him – we bought Carrowmore carrying her 2018 Shirocco filly. This is a great page and this foal just had that bit about him, that bit of class, the walk, the balance. Crystal Ocean was a good racehorse and this colt is a good advertisement for the sire.” 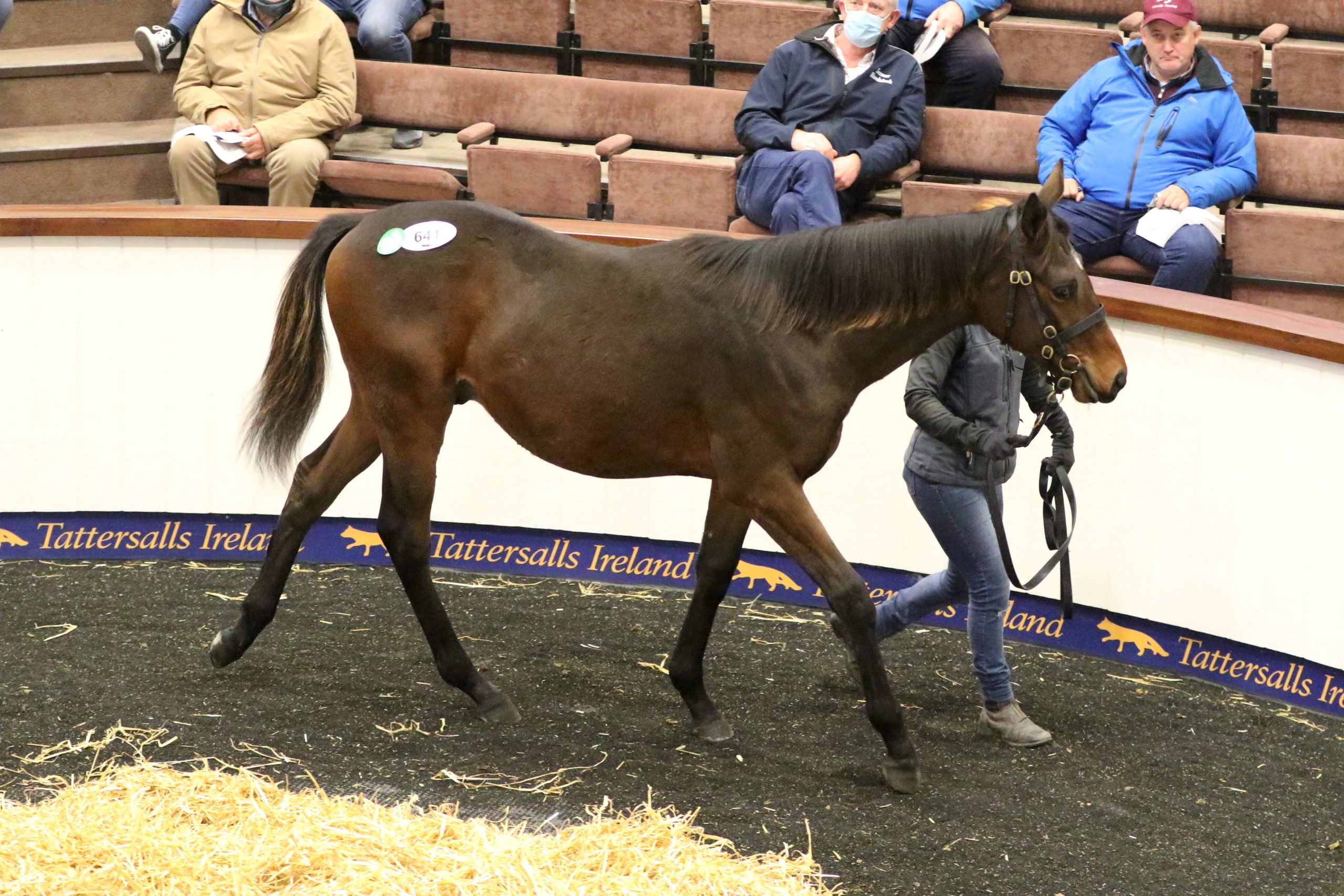 The Crystal Ocean relation to Magic Of Light sells for €80,000. Photo – Tattersalls Ireland

Murphy later hit the €80,000 mark for another youngster bred on the Crystal Ocean – Yeats cross in Oliver Loughlin’s colt out of Hour Before Dawn.

The colt is the first foal out of his dam and shares his page with the likes of Politologue and Docteur De Ballon.

“We bought the mare from Aidan Fitzgerald in Carlow and when we heard Crystal Ocean was coming we decided he would suit her,” said Loughlin’s son Alan. “He was such a good racehorse. We’ve always liked this colt since he was a couple of days old, he has a brilliant mind and is a great foal to move. It is a fantastic result, it hasn’t sunk in yet!

“It is a great back pedigree, and even since I have bought her there has been a lot going on – Docteur De Ballon won the big race at Auteuil twice and Politologue won the Champion Chase. But what I also liked was that her half-sister Kings Crystal is breeding in France and I could see that she has lot of progeny to come.”

An excellent day for Crystal Ocean also featured the sale of a colt from Yellowford Farm for €70,000 to John Kilbride. Yet another bred on the Yeats cross, he is out of a half-sister to none other than Hurricane Fly.

“My thinking about Crystal Ocean is this – when the best horse in the world retires straight to National Hunt, then you have to take note,” said Kilbride. “This colt isn’t massive but neither was Hurricane Fly, so that helps.

“He might not be a traditional horse for traditional jumps men but as action goes, I think he has the best in the sale.

“He will come back for the Derby Sale, is for a client and goes now to England.” 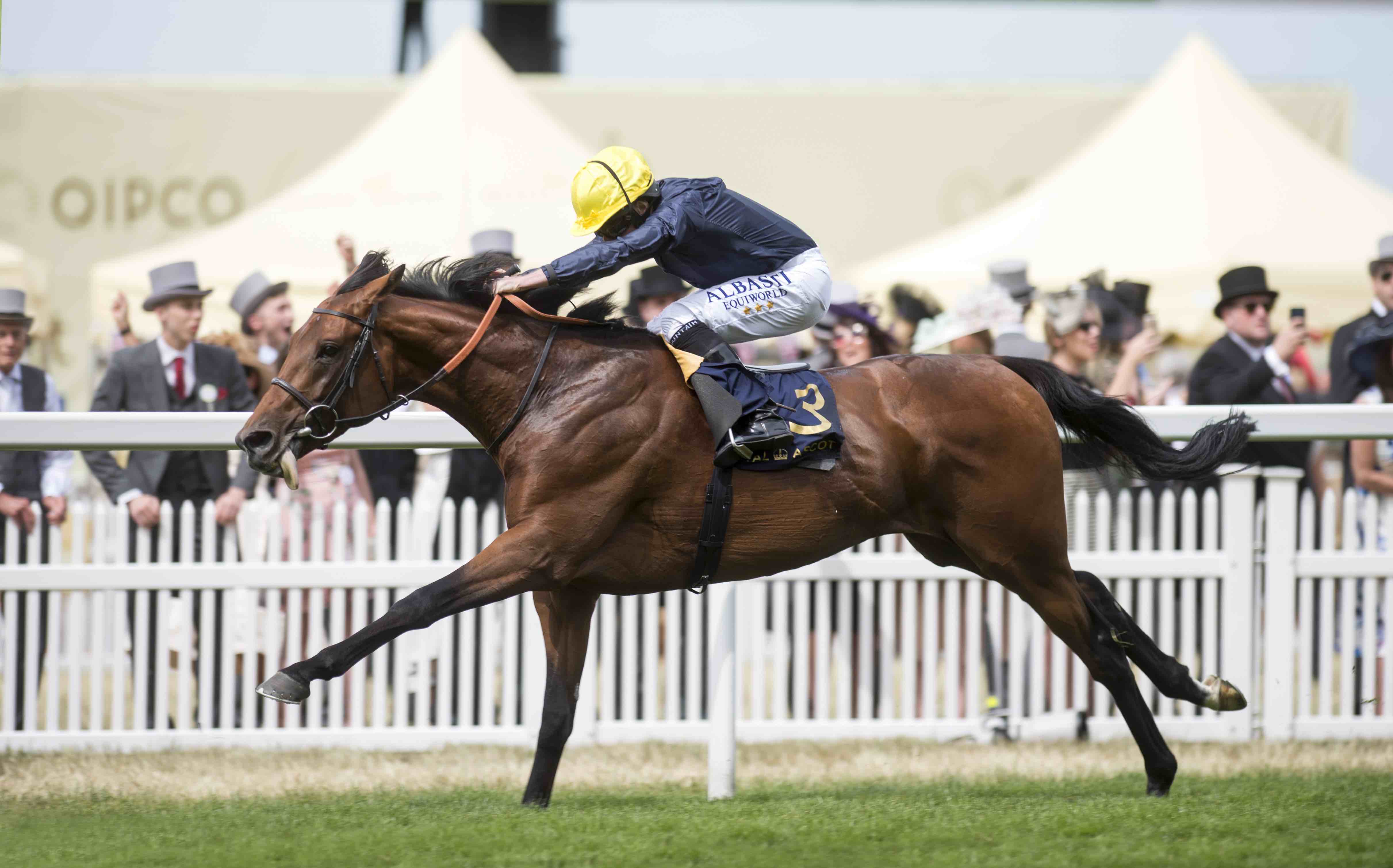 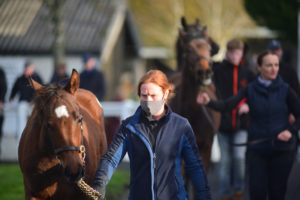 Up Next
Fillies in demand at record Tatts Ireland November session