“In my eyes she is a queen of a filly, probably the nicest you will see here”

The session featured rises across-the-board from the corresponding day of last year’s Covid-challenged renewal, with 190 foals turning over €2,726,400 at an average of €14,349; both figures represented record levels for the sale’s opening session. The median rose by 11% to €10,000.

On a day when well-bred fillies held their own at the top of the market, the €70,000 mark was firstly reached by a daughter of No Risk At All, who sold to Rathbarry Stud, and then by a first-crop daughter of the tough Group 2-winning Jeremy horse Success Days.

The latter was sold by Kilbarry Lodge Stud, who stands Success Days, as the property of Briar Lane Stud, and is out of the winning Dona Katharina, a Stowaway sister to Grade 1-winning chaser Outlander and Grade 2 scorers Ice Cold Soul and Western Leader.

“I have bought her for a client but she has been bought to race and will probably go into training in Ireland,” said Coleman. “I just thought she was a lovely filly, from a fantastic family and Jeremy is no longer with us, so this [Success Days] is the obvious potential successor. Jeremy was a fantastic sire, so hopefully Success Days can pick up where he left off.

“She is from one of the best pedigrees in the jumps stud book, so fingers crossed. She is a very good moving filly, she is very racy, she has lots of quality and she looks like a racehorse, time will tell!

“I like the idea of Success Days, he was a very tough racehorse and if he is as half as good as his sire, he will be ok.” 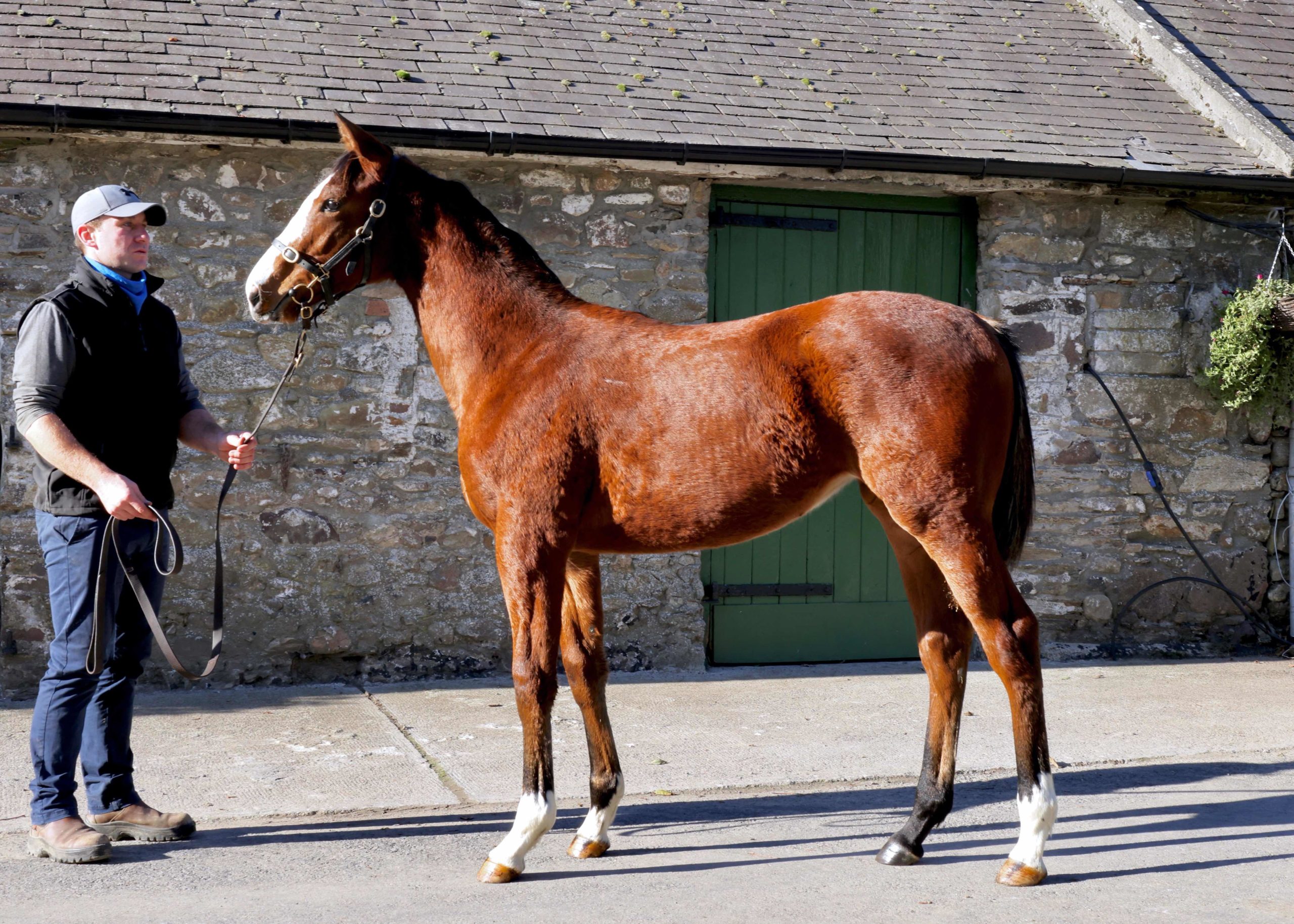 Paul Cashman of Rathbarry Stud, meanwhile, came out on top for the No Risk At All filly, a daughter of one of France’s most upwardly mobile sires.

“I need to sit down after that!” Cashman told Tattersalls Ireland. “In my eyes she is a queen of a filly, probably the nicest you will see here. She is by a very good sire, she is the only filly here by him, and she is just has a lot of quality to her with a lovely outlook to her and size and scope.

“She will probably be resold – we might bring her to the Derby Sale, we just have to keep her in one piece! This is my first one by the sire, but he looks like he is one on the rise – he is a top class sire and his record speaks for himself. I am just glad that I was able to buy her.”

The filly is out of the accomplished American Post mare Jetfire, a Listed winner on the Flat who was also Listed-placed over jumps. She is the dam of two winners to date and this filly is her seventh foal. 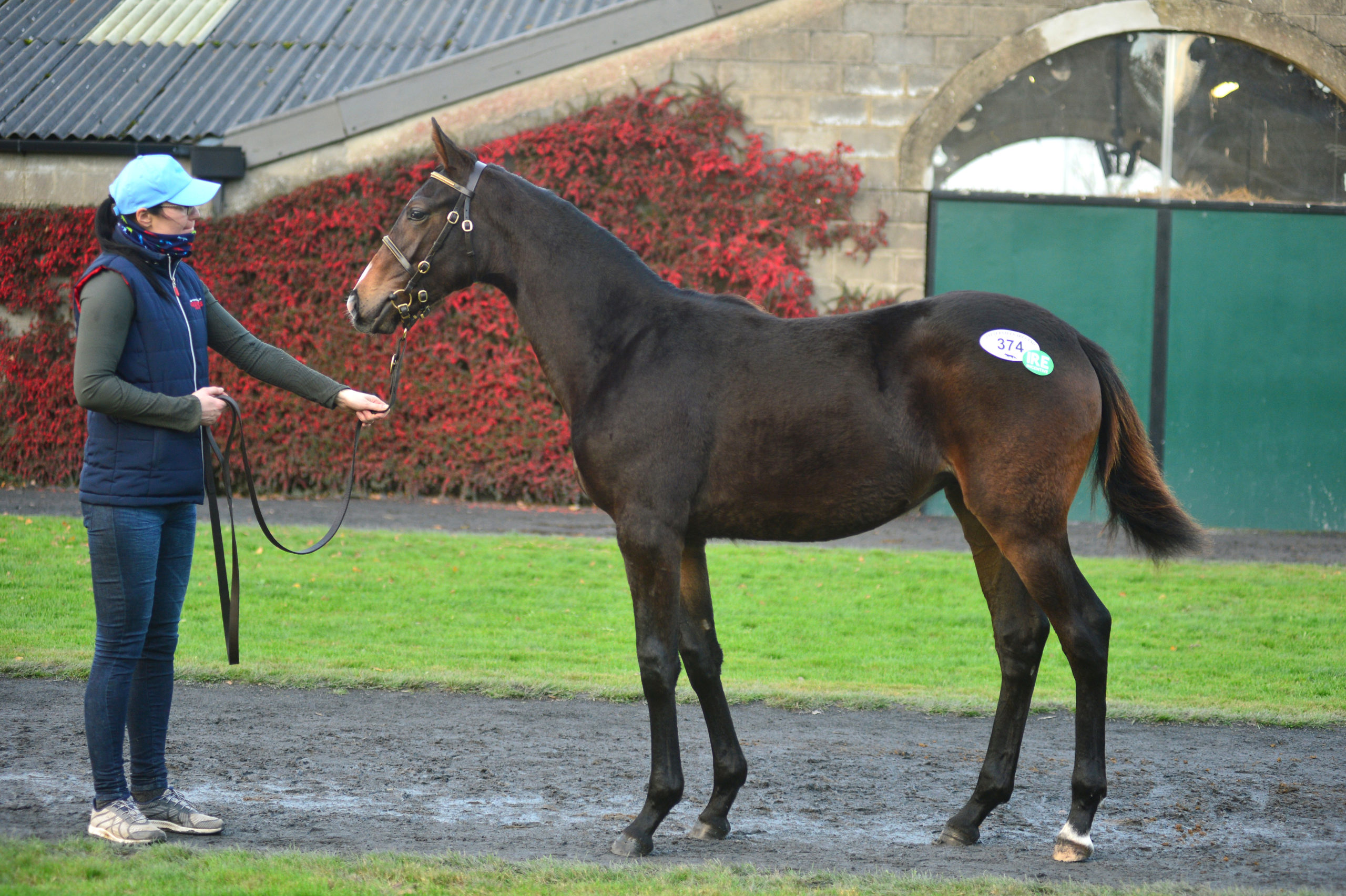 Paul Cashman paid €70,000 for this No Risk At All filly. Photo – Tattersalls Ireland/Healy Racing

Her sale marked the culmination of a good day for vendor Ballyreddin Stud following that of a €58,000 second-crop son of Order Of St George just one lot earlier.

Alan Harte swooped for the colt, who boasts excellent connections as a half-brother to Supreme Novices’ Hurdle hero Labaik. Further back, it is the family of German champion three-year-old Arcadio.

“They have both been popular since they came in, both are good walkers, especially the filly – she is a smasher and by a very good sire,” said Ballyreddin Stud’s John Dwan.

“Order Of St George has been very lucky for me, we had a very good one by him last year who made €90,000. People are saying they are very nice to deal with and they are in my book very nice horses.”

Harte, standing with Joey Logan, had earlier been among the underbidders on a son of King George hero Poet’s Word. From the first jumps-bred crop of his sire, who now stands at Boardsmill Stud, the well-connected youngster drew plenty of admirers, eventually falling to agent Kevin Ross at €62,000.

“I was particularly keen to get one by Poet’s Word and this is the one I really wanted,” said Ross.

“He is a lovely foal, a proper stamp of a foal. I have been very keen on the sire, he is stamping his stock and this is a particularly nice model. He has a good dam’s side too. He has been bought for a client for resale and stays in Ireland.”

The colt was sold by Clobonny Stud and is the 12th foal out of Supreme Breda, making him a half-brother to the top jumper Benefficient, winner of the Grade 1 Deloitte Novice Hurdle, Leopardstown’s Arkle Novice Chase and Paddy Power Dial-A-Bet Chase.

The sale continues on Tuesday. 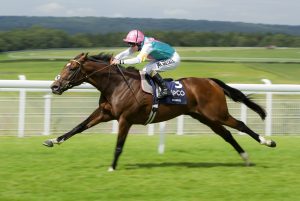