The 24-time French champion trainer Andre Fabre, has dominated Saint-Cloud’s mid-summer showpiece – the Juddmonte Grand Prix de Paris – with 12 victories before today’s 148th renewal. The Chantilly maestro took four consecutively between 1996 and 1999, the first of those coming with Grape Tree Road, whose jockey sported the silks of Michael Tabor.

Despite fielding three runners in this years contest, Fabre was unable to make it lucky 13 on Bastille Day, instead having to succumb to the rising talent Mme Pia Brandt, who was to claim her first triumph at the highest level courtesy of Mont Ormel.

One of two overseas raiders, Beacon Rock trained by Aidan O’Brien took the field along in the early stages at what looked a fair gallop. After losing and regaining the lead, the duo were tracked by favourite Mekhtaal who finished down the field in the French Derby but represented the formidable combination of Jean-Claude Rouget and Gregory Benoist.

Turning for home, with the Ballydoyle challenger weakening and the favourite coming under a rigorous drive, Christian Demuro slipped up the inside aboard rank outsider Mont Ormel to take the lead with two-furlongs to go.

The son of Air Chief Marshal had taken at least a length and a half out of his seven rivals, a move which was to prove decisive.

Red Verdon was held up in the last pair by Vincent Cheminaud early and although having made significant headway from the rear to close in second, was unable to reduce the deficit on the leader who crossed the post a length and a half in front. The Ed Dunlop charge was supplemented for the race by owner Ronald Arculli after some fine performances in defeat in both the Epsom and Irish Derby’s.

Cloth Of Stars fared best of the Fabre trio, finishing a close third on the back of a disappointing run at Epsom just over a month ago for Godolphin. His jockey Pierre-Charles Boudot last saw the white silks and blue cap in front of him just before he was unseated in the French Oaks last month in what looked at the time a nasty incident.

For owner Gerard Augustin-Normand, a highly successful financial analyst who has turned his attention to the thoroughbred game, this season could not be going any better having claimed three of the four French Classics.

Teaming up with Jean-Claude Rouget, he has already won the Prix du Jockey Club [French Derby] with Almanzor, a son of Wootton Bassett and around that victory secured the Poule d’Essai des Pouliche [French 1,000 Guineas] and the Prix de Diane Longines [French Oaks] with the impressive La Cressonniere, herself a daughter of Le Havre, Augustin-Normand’s first horse to win at the highest level.

Mme Pia Brandt is seen as a leading light in French racing at the moment and is considered well within the top five trainers in the country. The Swedish-born handler has up until now been best known for her accomplishments with the likes of stayer Bathyrhon and L’Amour De Ma Vie.

The latter, a grey filly by Dansili went on to be a success as a five-year-old in Dubai, her highlight coming in the 2014 renewal of the Group 2 Balanshine, where she ran out an impressive winner under Maxime Guyon. 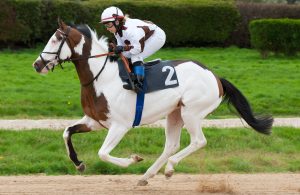