Success does not, after all, breed success – or, at least, not immediately. Half a year on from an ecstatic end to the last jumps season, when Joe Farrell’s victory in the Scottish Grand National proved that Rebecca Curtis was back as a force in the game, the Welsh trainer finds herself pretty much where she was then in terms of horse numbers.

It hardly seems fair. In her first decade with a licence, operating from a remote yard built up from scratch, Curtis has fared remarkably well. There have been four wins at the Cheltenham Festival, two in Grade 1s.

Other big races to have fallen her way include the Charlie Hall, a couple of Reynoldstowns and a Guinness Handicap Chase at the Punchestown Festival.

The doughty Teaforthree, now 14 and happily retired in a nearby field, led at the last in the 2013 Grand National before finishing a gallant third.

I know I’ve got all the right tools

But there have been a couple of slow seasons since then. Curtis is known for producing tough, hardy animals who seem to keep on going forever. If only similar qualities could be trained into owners.

“Bit disappointed I’m so low on horses,” is the first thing she says as we begin to chew over her present situation.

We’re in Newbury’s impressive new Owners’ Club, where the raucous late-afternoon chatter suggests no-one present has ever had a care in their lives, but at every table sits a trainer whose bonhomie disguises a hunger for more of the raw material on which their trade depends.

“I’m not too bothered with having loads of runners as long as the ones we have are quality, and we have got some nice horses this year,” Curtis continues.

“If we’re given the right type of horses, we do as well as any yard. It is a bit disappointing we haven’t got more. We have made a good start to this season.”

Having had between 50 and 60 heads over box doors at one time, Curtis now has 18 horses at her yard on the Fishguard road, with its glorious view of the west Wales coast. If she were running a retreat for exhausted city workers, surely there would never be a vacancy.

Repeated experience has shown her that the place has a calming, cheering effect on young horses but it is famously far off the beaten track and she frets that some owners are put off by that, while continuing to use other trainers who are, in reality, just as remote.

She says: “I know I’ve got all the right tools. We can pick good horses, train them well, we do really well with the three-mile chasers and novices. But you can’t do much without the horses.” 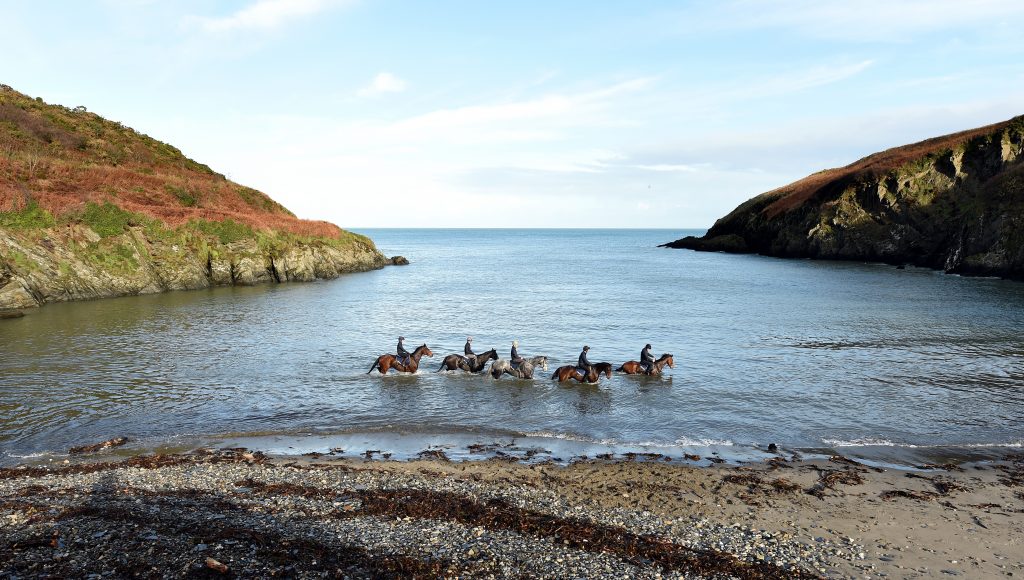 One contributing factor has been her split, in the middle of last year, from her long-time partner Gearoid Costelloe, a bloodstock agent who was widely seen as the conduit that supplied her yard with a steady stream of interesting young horses.

Curtis remembers him being notably brave when it came to buying an animal for whom an owner would have to be found in short order.

“I haven’t bought stores for the last three or four years,” she admits. “I’m almost afraid to because I can’t buy stores if I haven’t got the owners to come in and buy ‘em. I stuck my neck out in spring, went and bought seven or eight from the sales. You do that at your own risk. It’s not ideal.”

Sometimes, the reward for taking the plunge can be a horse like Minella Bobo, a lovely, big five-year-old who is due to make his debut for Curtis in a bumper about an hour from now.

“You either take a risk and spend a lot of money and bring them in and hope you get owners – or have no bottle and don’t do it,” she says. “That’s one thing Gearoid always did.

“We haven’t got that same flow of young horses that we used to. But I think a lot of yards are like that. It’s just looking for that next break, I suppose. Everyone wants that one owner that will have five, ten, 20 horses with you and then everything will be back.”

In the meantime, Curtis is thankful for the support of owners like Mark Sherwood and Nigel Morris, who have been with her for years.

I love it. I love my horses and I love training them

Sherwood saw the first interview Curtis ever did on Racing UK and sent her horses immediately. The two men gained their reward when Joe Farrell, in which both have an interest, prevailed by a nose at Ayr in April.

“That was brilliant,” the trainer reflects, smiling. “Nice proof, really, that you can still do the job.” She had felt the horse was a bargain at £10,000 a couple of years earlier when John Ferguson dispersed his string through Tattersalls in Cheltenham.

Others warned her against a horse that had been off the track for nine months, that he’d had problems and would prove a bad buy. “I don’t care,” she recalls telling them. “I like the horse.” 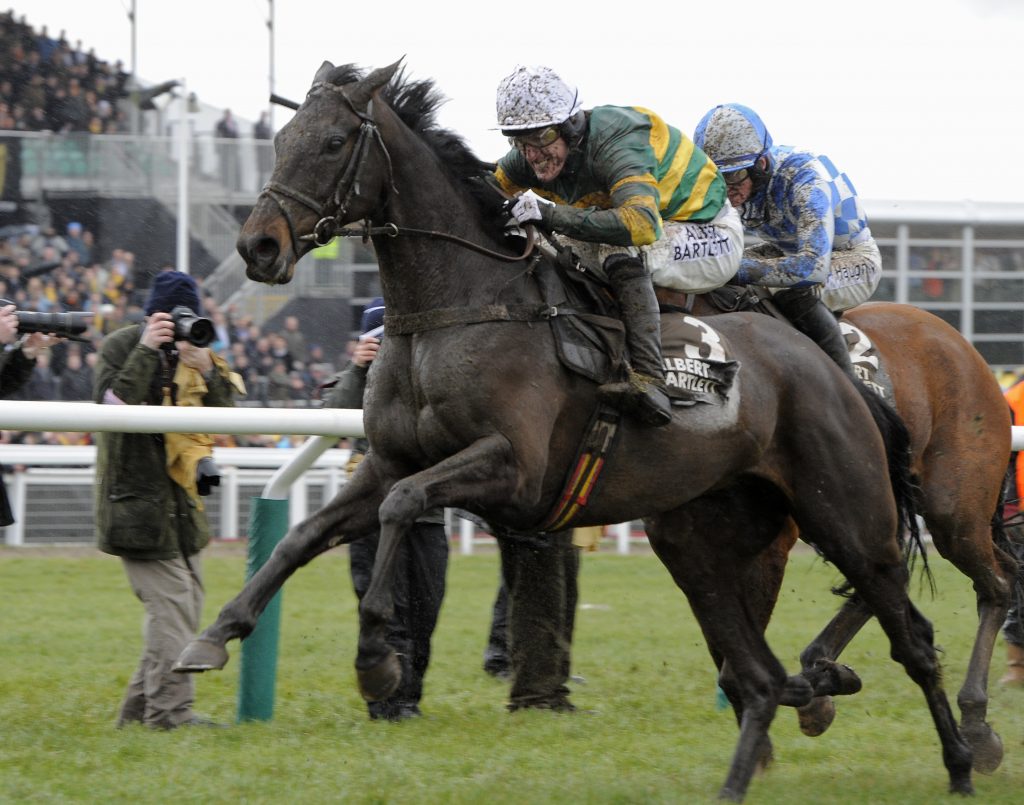 It took a couple of seasons but Curtis’s judgement was thoroughly vindicated by the revival shown by Joe Farrell in the spring, when he won handsomely at Newbury on his way to Scotland. As we talk, the nine-year-old is nursing a small knee injury, having clouted a fence while schooling, but it should prove a short-term issue.

The Grand National is the only date in his diary this season, though Curtis would like to edge him up the ratings by a couple of pounds before the weights are set in mid-February, to be sure of getting a run.

“Ours have always jumped well round there,” she says of Aintree and now she is smiling again, her mind’s eye filled with Teaforthree.

“He’s still one of my favourites. We took a chance with him. He had low pasterns, people said he’d never stay sound, so we bought him fairly cheap at Doncaster sales after he’d won a point-to-point.

“He had a lovely temperament, brilliant jumper, my sort of horse, who stays and jumps. I do like big, lovely chasers.

“It was an annoying story with him, really. He was only just beaten in the Welsh National, which put him up 7lb. Had he not gone up 7lb he’d have nearly won the National.”

All such frustrations aside, Curtis’s appetite for the game is undiminished. “I enjoy doing what I’m doing and I’ll keep at it,” she says. “I love it. I love my horses and I love training them.

“This season will be as good as it can be. We’ve got a few nice novices. We’ve got Joe Farrell and Relentless Dreamer, who seems to keep improving.

“I always loved horses. I’m not saying I was necessarily going to train but I was always obsessed. It’s hard to make it pay with horses and I’m lucky I’ve been able to.”

Tilting the scales in her favour has been a formidably competitive spirit that had her pestering Peter Bowen for rides in point-to-points when she was a teenager working mornings at his yard. He sourced Turning Trix, who’d been 13th in Lord Gyllene’s National, as a safe conveyance and Curtis won on him at the first attempt, by a neck at Barbury Castle in January 2000.

A short report in the Racing Post said the 19-year-old jockey had struggled to carry her saddle and weight cloth containing more than three stone of lead.

Curtis evidently knew her own mind from an early age because soon after that she left for a five-year stint in the US; she wanted to see some of the world before settling down to working with horses on some of the land owned by her dairy farming family.

“I went to America to work for a doctor who exported Irish horses for showjumping, but I hated it, so I found the nearest racetrack, which was Santa Anita, and started track-riding there,” she recalls.

Showing up unannounced somewhere 5,000 miles from home and asking for work is not for everyone but it got Curtis some experience with Richard Mandella and Dan Hendricks.

Everything I know now I suppose I’ve learnt myself

“I actually thought I may have stayed and trained out there, but I did find it quite monotonous,” she admits. “The horses move around the yards, they’re all trained on the same track, the same vet, the same feed.

“That’s the bit I didn’t like so much. I liked their routines, the steady work and the recovery, I quite liked that. But it’s completely irrelevant to what I do now.

“I was never brought up in racing and everything I know now I suppose I’ve learnt myself. I haven’t had much guidance.

“A lot of people work their way up through a yard, they’re assistant trainer and then you’ll work out your place and your horses and your handicap system. But I suppose I figured all that out myself, eventually.” 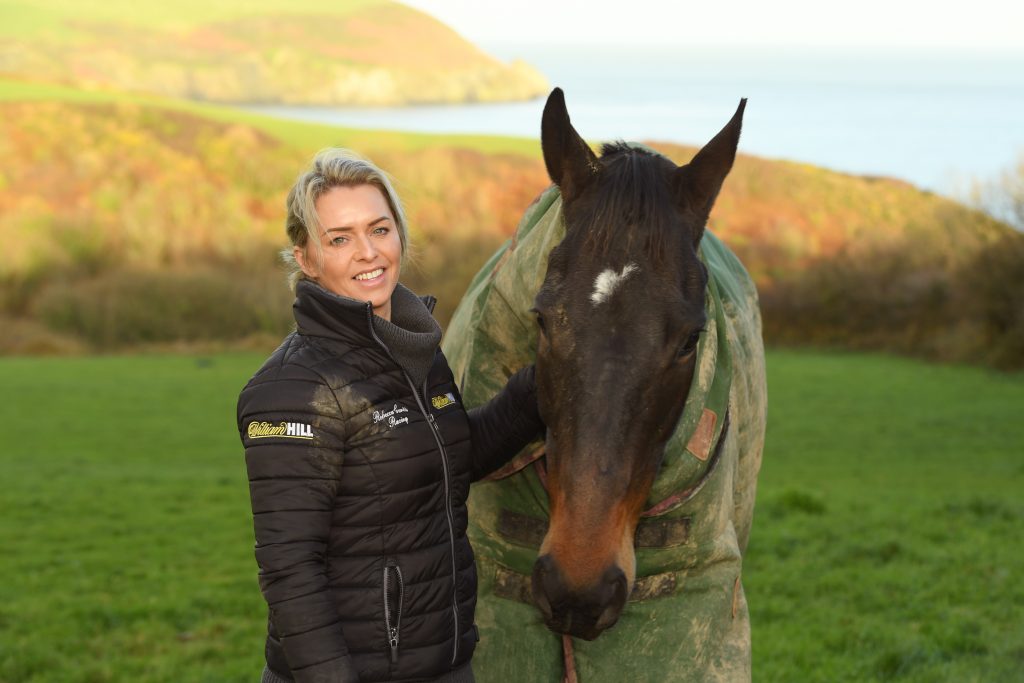 Curtis had been riding from the age of four and competed internationally at showjumping for the Welsh junior team; it was that experience, she now feels, that supported her when she started to train.

She says: “I’d rather that background than go straight into a racing yard and everything’s just galloping. I’d rather learn the basics, how to bring young horses along.

“Our horses get the best of everything. I’d be really fussy who rides them, I’d be fussy that everything’s done properly and most importantly that they’re brought along and ridden like horses should be.

“That would be a big thing I’m really fussy about, just that they’re ridden properly, they’re done right and then, if they’re not good enough, there’s no excuses.”

It is time to sling a saddle across Minella Bobo’s back. The handsome grey shows up well for a long way and hits the front three furlongs out, looking classy.

But the early pace has not been strong and he is out-speeded in the closing stages. The analyst in the next day’s Racing Post describes him thus: “Strong. Will make a jumper.”

He’s a Rebecca Curtis horse, all right, and hopefully there will be plenty more like him in future. 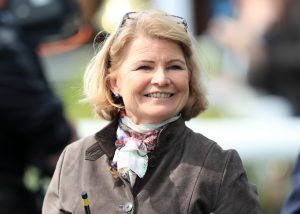 Up Next
24 hours with... Anthea Morshead