‘British racing is one of the sexiest sports’
Stories

No 2014 fixtures for Great Leighs

Despite recent favourable reports from trainers working horses at the track, Great Leighs will not stage any race meetings in 2014 after the BHA turned down an application by MC Racetracks to join the fixture allocation process.

There has been no racing at the Essex venue since the previous companies which owned Great Leighs went into administration in January 2009, just nine months after it opened its gates to become Britain’s first new racecourse in over 80 years.

Unwilling to cite a reason for the rejection, the BHA’s Director of Integrity, Legal and Risk for the BHA Adam Brickell said on Thursday: “The application has been given careful and thorough consideration, but the Board was not in a position to approve Great Leighs’ participation in the 2014 fixture allocation process.

“[The] BHA remains open to new racecourse applications under our annual guidelines, and will continue to provide the necessary assistance and guidance to prospective applicants.”

“Disappointed and angry” was the reaction to the decision from former Racecourse Association Chairman Keith Brown, who is now Chairman of MC Racetracks.

Though no racing has been staged on the Polytrack surface of Great Leighs for more than four years, the track has been maintained by the owners and has been used by various trainers to give horses a gallop away from home. Sir Mark Prescott, William Haggas and David Simcock, all based in Newmarket, less than an hour’s drive from Great Leighs, used the facilities there in May.

William Haggas said at the time: “I thought the track was in great condition and rode very well. My jockeys told me they thought it was terrific and I was extremely pleased that the horses pulled up well.” 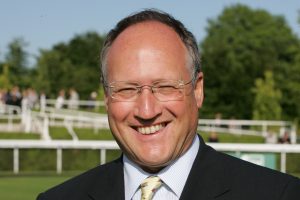 Up Next
‘British racing is one of the sexiest sports’