‘British racing is one of the sexiest sports’

The 57-year-old, who made his name in the oil and gas industry with Shell, tells Howard Wright that he is determined to help increase the revenue streams coming into British racing.

Harman says: “I’m not saying owners should suffer for ever over prize-money, and people can make various points about the bookmakers in this country, but I believe it is better to talk about increasing the size of the cake than arguing about how it is divided.

“There is an opportunity to increase the revenue in this sport and I’ve got a background in that sort of area. I have experience of dealing with stakeholders, including governments, and building coalitions with a range of industries and pressure groups.

“British racing is one of the sexiest sports in the world – the whole experience is unprecedented.

“People talk about other countries and their Tote monopoly systems. That may be true but look at British racing’s assets. Where in the world do you get the breadth of involvement that we have?”

Harman, who has shares in a number of horses, including with Highclere and Thurloe Thoroughbreds, is hoping his non-aggressive style pays dividends at the BHA.

“British racing has so many rich qualities and the last thing it needs is egotistical leaders,” he says.

“I don’t like blowing my own trumpet but I believe I have got a level of humility and am a good listener.” 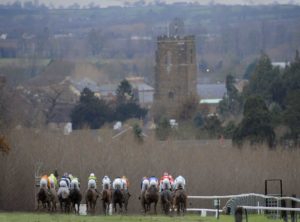 Up Next
Two appointments for ROA Council