Failing course to be ‘York of the south’

Ahead of its flagship Hennessy meeting, Newbury’s Chairman Dominic Burke has told Owner & Breeder how the much-derided racecourse is targeting huge improvements by 2018.

Poor prize-money, dilapidated facilities and bizarre management decisions – including the name change to ‘The Racecourse, Newbury’ and introduction of a controversial new dress code, both now dropped – have seen the track receive massive criticism over the past few years.

But Burke says all shortcomings are being addressed and that significant investment will see Newbury transformed into a top-class venue, aided by its partnership with a housing developer.

He says: “I hear the stories that Newbury was the favourite racecourse of so many people but they fell out of love with it. I understand that. We didn’t do a good enough job. Newbury got stuck in time.

“Some of our racedays are not good enough and the customer experience has not been good enough, but we have acknowledged all that and begun to address it.

“By the start of 2018 we will be in a position to launch a Newbury that aspires to be the York of the south. We need to be leaders and our intention is to be there.”

“They wanted to acquire a 30% stake,” he says. “We had planning permission for an all-weather track.

“I am happy to say we have allowed that to lapse – and it won’t be back on the agenda any time soon.”

For the full interview see the December issue of Thoroughbred Owner & Breeder magazine. 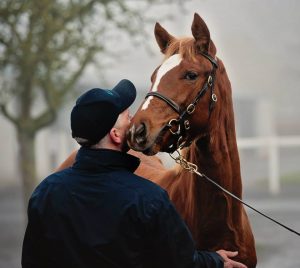