Meet Robson Aguiar: one of the breeze-up industry’s most upwardly mobile practitioners

Having begun with a handful of breeze-up horses and gained some excellent results, the consignor heads into the spring with his largest draft to date

There are roughly 5,815 miles between the bustling Brazilian metropolis of Sao Paulo and the market town of Mullingar in County Westmeath, Ireland. However, despite being a world apart, a grounding in the former has helped build a bright future in the latter for one of the breeze- up industry’s most upwardly mobile practitioners, Robson Aguiar.

Although the 39-year-old has been trading under the Aguiar Bloodstock banner only since 2019, he has already amassed an eye-catching roll of honour, having produced stakes-calibre graduates like Group 3 scorer Queen Jo Jo, Redcar Two-Year-Old Trophy winner Summer Sands and the classy Dubai Dominion.

Last year proved to be a breakthrough season for Aguiar, with The Lir Jet, a son of Prince Of Lir pinhooked for just £8,000, winning the Norfolk Stakes for Michael Bell and Qatar Racing, and Star Of Emaraaty, a €3,500 Pride Of Dubai filly, landing the Sweet Solera Stakes for Kevin Ryan and the Ontoawinner syndicate. Since sold to Teruya Yoshida and transferred to John Gosden, Star Of Emaraaty holds an entry in next month’s 1,000 Guineas.

Aguiar was also responsible for producing last year’s Gimcrack runner-up and Dewhurst fourth Devilwala as well as the Listed-placed Queen Of Rio. This year he has his biggest draft of breezers to date.

“I started with two or three each year and did well, and when you start to do well in the horse business you need to increase your numbers,” says Aguiar. “I love what I do and I want to produce good horses. I work hard because I want to be good at what I do, I don’t just want to be one more breeze-up consignor.”

Preparing and selling a slew of talented performers has not been Aguiar’s first brush with success in the thoroughbred world, however, having enjoyed a fruitful time in the saddle in his younger days in Brazil. His journey began alongside two of the world’s most high-profile riders.

“I went to the Sao Paulo racing school when I was 16,” says Aguiar with an unmistakable South American twang. “I was there at the same time as Silvestre de Sousa and Joao Moreira, and after that I was an apprentice in Sao Paulo before moving to Rio a year later. I had a lot of winners, 220 in five years.”

Despite his burgeoning riding record in Brazil, a combination of economics and biology prompted Aguiar to take a bold decision, and in 2006 he uprooted and headed for Ireland.

“Silvestre came first and a few other lads followed in 2003,” says Aguiar. “They said you can make the same money riding out in Ireland as if you are a jockey in Brazil and there’s no need to lose weight. I thought that sounded good as they run light weights in Brazil, the racing is very competitive and I was finding it hard to keep losing weight.”

Upon his arrival he found work with trainer Paul Deegan, with whom he spent three years. Aguiar continued to hold a jockeys’ licence but was unable to replicate the success he had enjoyed in his home country, boasting just a brace of victories at Dundalk, the first aboard Shes Ranger in 2016 and the most recent on Ascot Dreamer in December 2019, from a relatively limited number of rides. 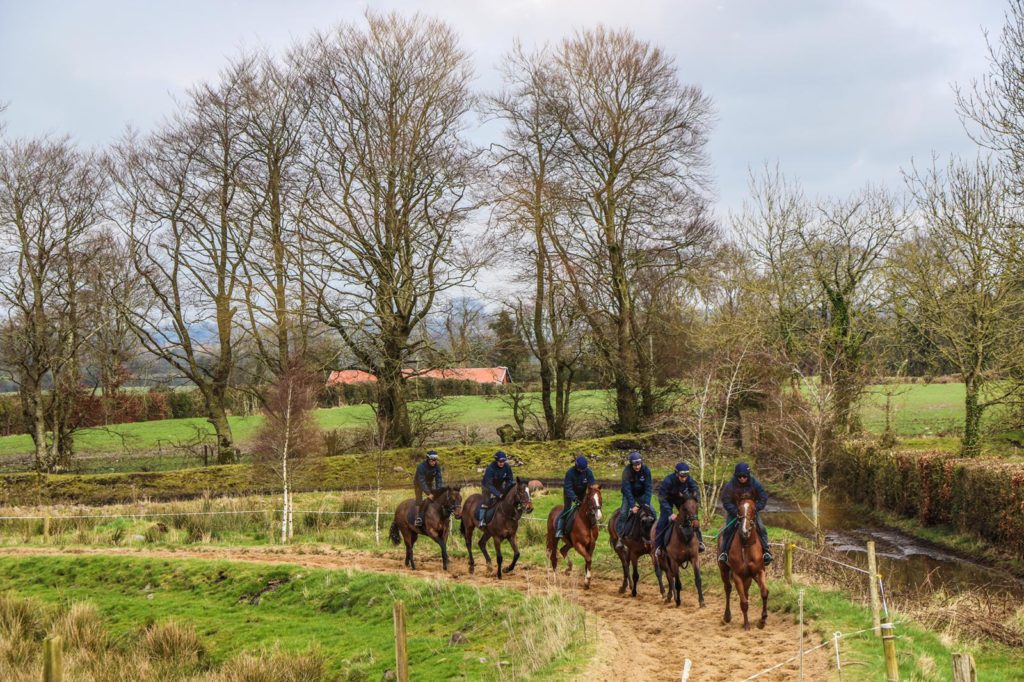 After his time with Deegan, Aguiar joined the all-conquering team at Ballydoyle, where he spent a formative five-year stint absorbing as much as he could of Aidan O’Brien’s masterful training regime, while observing first hand the characteristics of the elite equine athlete.

“Being in Ballydoyle was a very good experience,” says Aguiar. “You learn a lot there with Aidan and I had a very good time. There are so many good horses and facilities, I used to ride Excelebration, Camelot and Magician. Every day with horses you learn and I paid a lot of attention when I was there, and now I use what I learned for myself.

“They probably have 150 yearlings coming in every year and I rode them when they were being broken. You see how they move and how they feel; you can really learn what a good horse feels like there.”

Aguiar first ventured into the breeze-up market by trading a handful of his own horses consigned through other outfits, but it was while working at Ballydoyle that he made an important connection with Roger O’Callaghan of Tally-Ho Stud that set in motion the next chapter of his career.

As well as standing high-achieving stallions such as Kodiac and Mehmas and breeding Group 1 winners like Sky Lantern and Campanelle, the O’Callaghans are also past masters of the breeze-up business, having produced a significant list of talents that includes names like Dream Ahead and La Pelosa.

“I got friendly with Roger and told him I wanted to do something myself and he said he would help me,” says Aguiar, who remains a key cog in Tally-Ho’s breeze-up machine. “If you work in Ballydoyle you don’t have time to do much outside of work so I started working the mornings for Roger and doing my own thing in the afternoons.

“He helped me a lot when I started and is still helping me now. I’ve helped him too and we’ve done well together, Tally-Ho do a very good job. Tony O’Callaghan is a very hard worker, and with Henry, Roger and Anne they all work hard as a family. They never miss a day’s work.”

The fruits of Aguiar’s own hard work, both at the sales and at home, have since been borne out on the racecourse, with a string of bargain buys transformed into high-class runners. Summer Sands, an £85,000 two-year-old who resold for 625,000gns at the horses in training sales, was picked up for just £2,000, Queen
Jo Jo was sourced for £11,000 while the classy Queen Of Rio cost a mere €1,000.

“Most of the time I look at every yearling in a sale because I cannot afford to pay for horses with big pedigrees,” Aguiar says of his modus operandi at public auction. “But it’s not the pedigree that runs, it’s the horse that runs, so I look at the individual first and then I see the pedigree. If you have pedigree but no horse, that’s not going to work. If you have both that’s a help, but sometimes you have to compromise and I would prefer to have the horse rather than the pedigree.

“I like stronger horses with good bone, ideally a correct horse but sometimes you give one a chance with a fault. If you buy a lot of horses every year, you can’t always find the perfect individual. If they have a good action when they walk, good bone and are big and strong, that’s what I want to see in a racehorse.” 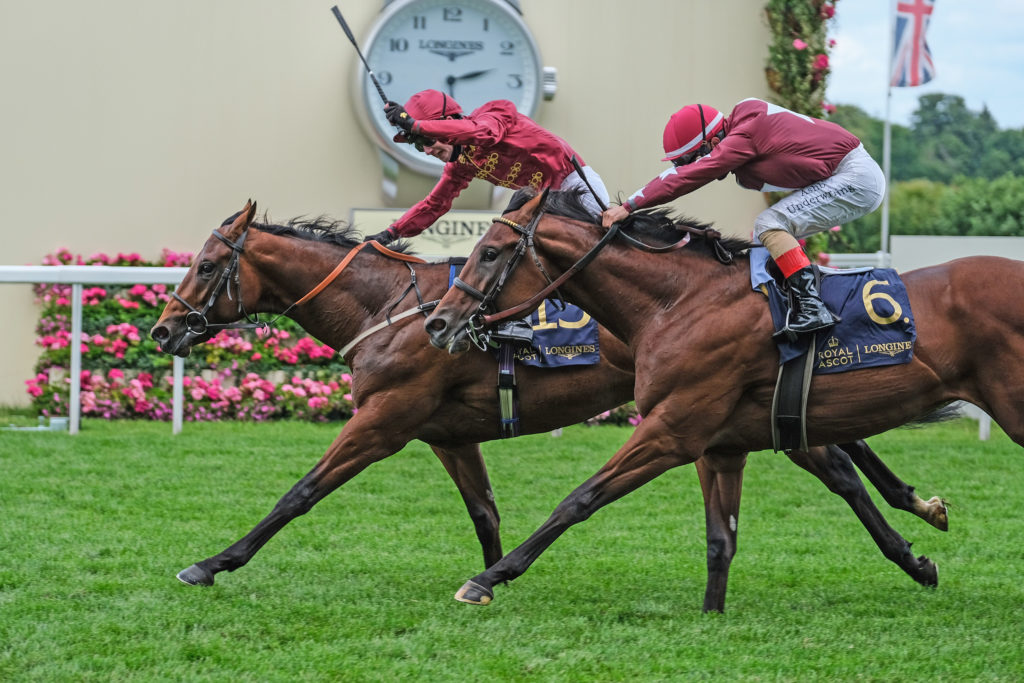 Such consistent results have not gone unnoticed, with Amo Racing, the banner under which prominent football agent Kia Joorabchian races a rapidly expanding string, having added Aguiar to their team in 2020. As well as helping select stock at the sales, Aguiar has spent the winter months pre-training around 15 of Amo’s new recruits.

Explaining how the association began, Aguiar says: “I met Kia, who’s lived in Brazil before as well, and we became friends. He was asking me about horses at the sales and I recommended Devilwala. He used to work with The Lir Jet so I said to Kia that I thought he was a good horse and that he should buy him. After that he asked me to help him to buy horses and to break and pre-train for him.

Having made his name by finding major talents at chicken feed prices, Aguiar’s association with Amo Racing afforded him the opportunity to play at the other end of the market during last year’s sales season.

“I think Amo Racing will have a lot of success this year,” he says. “Out of all the ones I’m pre-training, I’m not disappointed with one of them. The Wootton Bassett is a really nice horse and goes to Michael Bell, and the Kingman may not be a five or six furlong horse but I think he’ll be a very good horse in time.

“There is also an Invincible Spirit filly going to Ralph Beckett and a Kodiac colt. I’ve never seen a Kodiac like him – he caught my eye in the sales, he’s big and strong, and will be a very nice horse.” 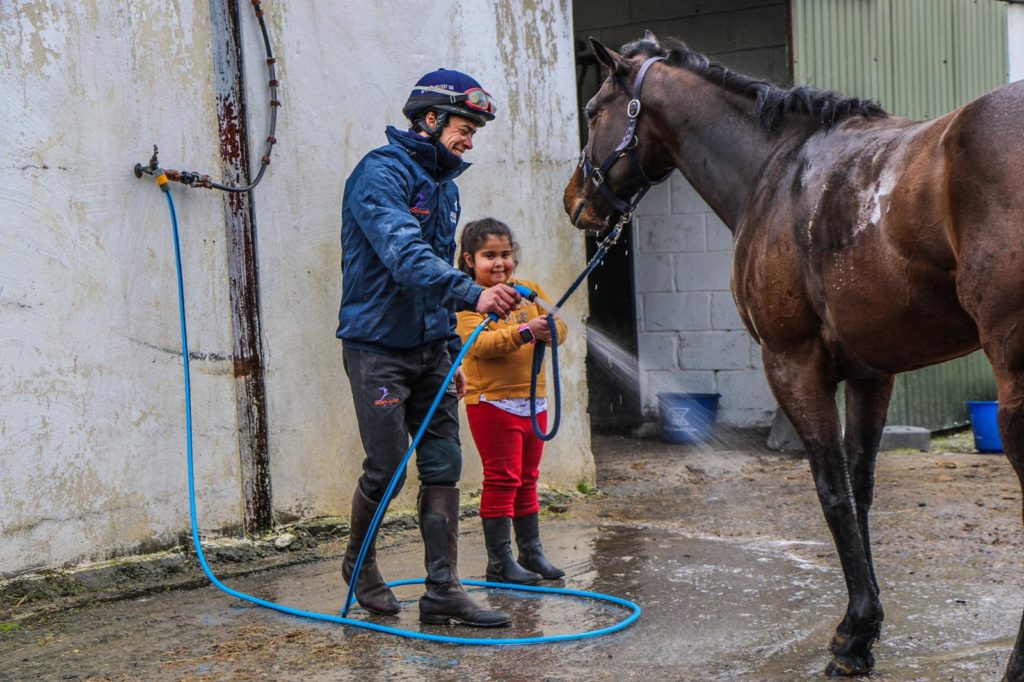 All hands on deck: Robson Aguiar assisted at home by niece Emanuelle

As well as pre-training the Amo Racing horses, Aguiar is, of course, busy putting the finishing touches to his biggest ever draft of breezers from his base near the Deravarra gallops just north of Mullingar. He reports that it is not just the quantity that has risen, but the quality too.

“I have about 40 horses for this year’s breeze-ups,” he says. “I bought more yearlings last year and improved the stock as well. I have some really, really nice horses. I’m very happy with them and hopefully things can keep going well.”

The preparation breeze-up horses undergo not only determines their success at the sales, but can have an impact on their subsequent racing career too. On the regime his juveniles go through, Aguiar says: “I prepare my breezers like a racehorse. I don’t do fast work on them over one or two furlongs, I work them for four or five furlongs. They do a lot of half speed in groups of five or six so they get kickback, learn to settle and teach them to be a racehorse.

“I don’t really do breezes on them. When you breeze them for one of two furlongs you turn their heads and when you sell them people can’t train them. Then they come back and blame you.”

“I have some really, really nice horses. I’m very happy with them and hopefully things can keep going well”

Given the results that have followed, Aguiar’s clients have had little cause for consternation thus far. And despite the sector experiencing some fairly sizeable disruption over the last 12 months on account of Covid-19, with sales dates and locations undergoing some significant shifts, the man at the helm has no complaints either.

“Covid stopped racing and sales but in the end a good horse still sold well,” he says when reflecting on 2020. “The good horses made good money and the average horses made average money, but everybody sold most of theirs last year and I was happy with the sales.”

With his biggest, and potentially best, team of horses yet, Aguiar is understandably eager for the coming season to get under way.

“This year I have 12 for the Craven, six horses for Doncaster, four for Deauville and maybe ten or 12 for the Guineas and eight or nine for Goresbridge,” he says enthusiastically. “I can’t say which one is best at the moment but I’m very happy with the group and I think I’ll have a lot of success with these horses.” 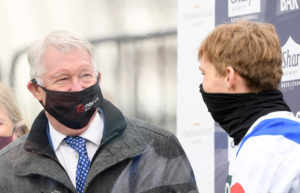