Clan Des Obeaux’s brilliant victory in the Betway Bowl Chase headlined an outstanding Grade 1 treble for owners Sir Alex Ferguson and Ged Mason in the first three races on the opening day of the 2021 Randox Grand National Festival at Aintree.

Sporting cheekpieces for the first time, introduced at the suggestion of jockey Harry Cobden, Clan Des Obeaux, also owned in partnership with Paul Barber, jumped with precision and travelled beautifully as Mister Fisher and Nico de Boinville set the early fractions in the 3m1f contest.

When Mister Fisher unseated De Boinville at the 11th fence, Clan Des Obeaux inherited the lead, while one by one his rivals in behind came under pressure. Clondaw Castle and Jonathan Burke emerged as the only possible threat in the straight but their challenge soon faltered as Cobden asked his mount to put his seal on matters.

Cobden said of the Paul Nicholls-trained winner: “He’s needed cheekpieces for a long time. Look at the difference it’s made. They brought out the best in him. It’s great to have him back in top form. Brilliant!”

Ferguson said: “That’s the best day I’ve had in my time in racing, which is about 20 years or so.

“It is different to when I was managing my football teams – I was in control of what was going to happen on the pitch, but I’m not in control of that [on the racetrack] as the trainer does all of that and as an owner you hope it goes well. You do get the same excitement when you win big races like that as it does get you very excited.

“It was a fresh approach with the cheekpieces on. He had a three-month rest and we ran him right up the front and we gave him plenty of space to run in and I think that all worked. I think he was the best horse in the race anyway.” 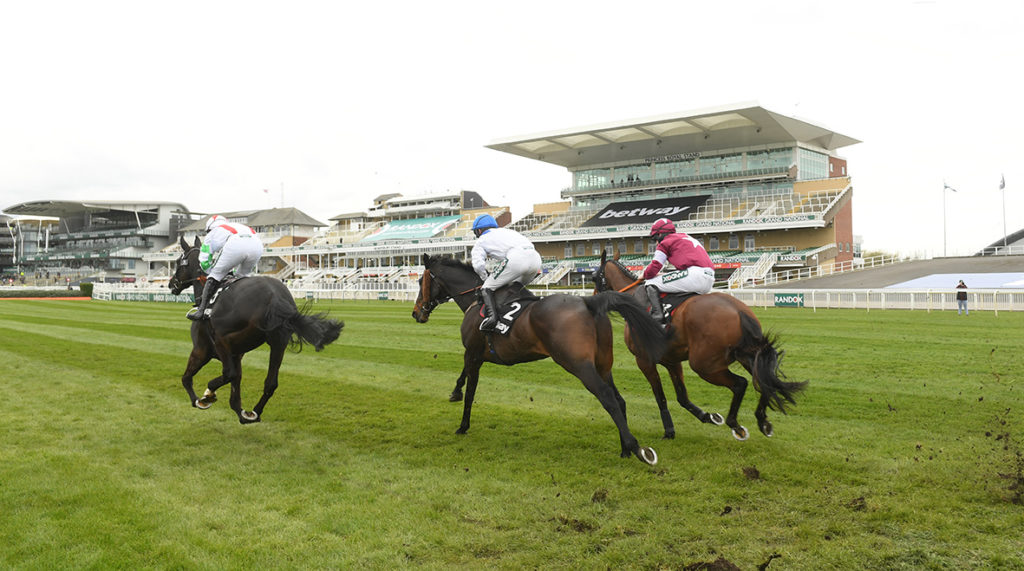 Harry Skelton is gunning for his first jump jockeys’ championship and enhanced his claims with victory in the Grade 1 SSS Super Alloys Manifesto Novices’ Chase (2m4f), the opening contest of the 2021 Aintree Festival, aboard Protektorat, trained by his brother Dan and owned by Sir Alex, Mason and John and Lisa Hales.

Fusil Raffles, runner-up to Chantry House in the Grade 1 Marsh Novices’ Chase at the Cheltenham Festival, was sent off favourite and cut out the early running with Hitman for company, but a sloppy jump at the ninth fence put paid to his chances and Daryl Jacob pulled up the six-year-old soon afterwards.

Hitman and Harry Cobden set sail for home in the straight, pursued by The Shunter and Protektorat, and it was the letter who found extra after the jumping the final fence to score by three and three-quarter lengths from The Shunter in second and Hitman in third.

Middleham Park Racing duo Fiveandtwenty and Paros ensured the two-mile contest was run at a good clip as the big two in the market, Monmiral and Triumph Hurdle runner-up Adagio, stalked the leaders.

Turning for home it was Monmiral and Harry Cobden that struck for home first, but Tom Scudamore looked to be traveling equally well on Adagio and made stealthy headway approaching the final hurdle as it became a two-horse contest.

A superb jump from Monmiral gave him the initiative as Adagio made a blunder, yet the way Monmiral surged towards the line suggested he had plenty left in the tank, crossing the line seven and a half lengths clear of Adagio.

The winner, owned by Sir Alex Ferguson, Ged Mason and John and Lisa Hales, greatly impressed the winning jockey, who said: “He’s a proper Grade 1 horse, he travels well and jumps great. He’s the best juvenile I’ve ever sat on.” 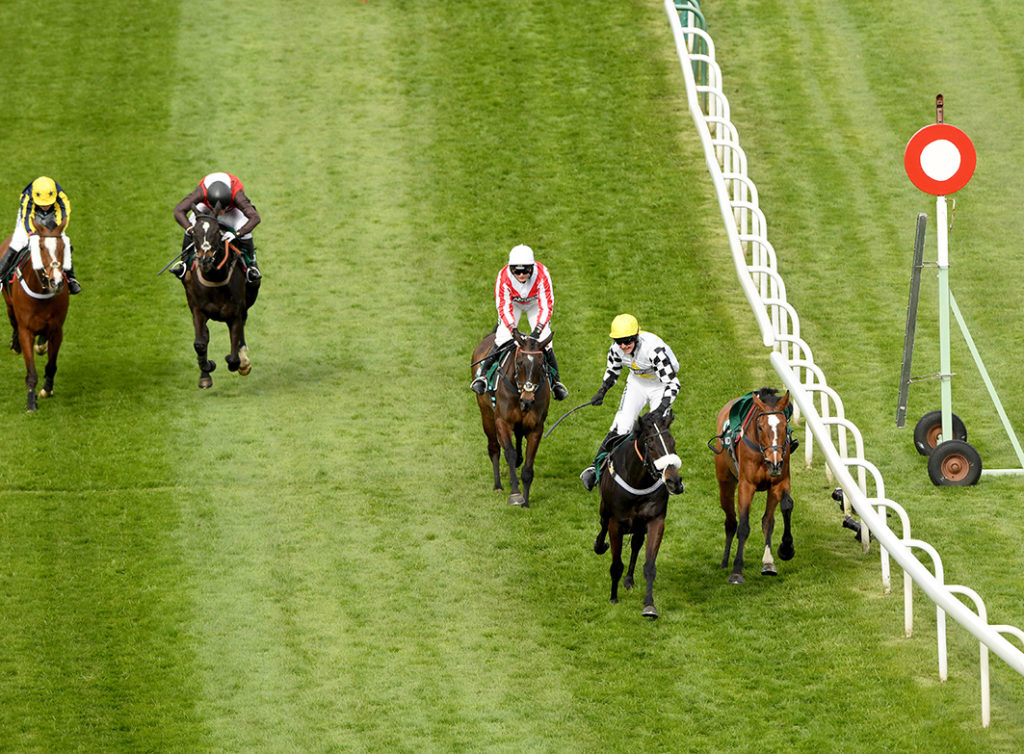 Monmiral received quotes for next year’s Champion Hurdle after his victory but Cobden intimated that a career over fences could be next on the agenda for the Saint Des Saints gelding.

The Grade 1 Betway Hurdle fell to the Denise Foster-trained Abacadabras under Jack Kennedy.

Jason The Militant, trained by Henry de Bromhead who enjoyed an outstanding Cheltenham Festival with six winners, set the pace under Rachael Blackmore. However, a shift to the right after jumping the fifth flight saw Blackmore deposited on the turf.

Abacadabras, who had travelled smoothly throughout the 2m4f event, led at the last and despite drifting left, used the loose Jason The Militant as a target, keeping on well to deny the fat-finishing Buzz and outsider Millers Bank.

Jack Kennedy said: “I got there far too soon. The loose horse kept him interested. It’s brilliant to reward the team at home with a winner.”

Not to be denied, Rachael Blackmore put her unseat behind her when partnering the Arthur Moore-trained Me Too Please to success in the closing Grade 2 mares’ bumper. Hot favourite Eileendover, defending an unbeaten record, could only finish fourth for the Pam Sly stable.

Editeur Du Gite, trained by Gary Moore for owners the Preston Family and Friends and T Jacobs and ridden by his son Josh, made every yard of the running to take the Grade 3 Close Brothers Red Rum Handicap Chase (2m). 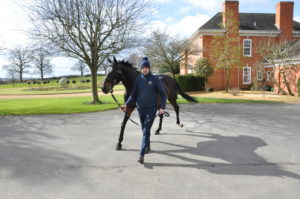