The most valuable race on All-Weather Championships Finals Day at Newcastle on Good Friday was the closing contest, the Betway Easter Classic All-Weather Middle Distance Championships Conditions Stakes (1m2f), which saw a gutsy winner in the shape of Living Legend, trained by Charlie and Mark Johnston for Barbara and Alick Richmond.

Worth £103,000 to the winner, the prize was certainly worth winning as Joe Fanning set his stall out early on six-year-old gelding Living Legend, dictating a steady pace as hot favourite Tyrrhenian Sea raced behind the leaders under Andrea Atzeni.

Fanning asked Living Legend to quicken up after turning for home as Tyrrhenian Sea moved up menacingly on his inside. It looked to be a race-winning move as the favourite hit the front a furlong out, but Fanning galvanised his partner for one final effort and Living Legend fought back to regain the lead near the line and take the spoils by half a length, with French raider Charlesquint a length and a quarter away in third place.

Mark Johnston, who won the race in 2019 with subsequent Group 1 winner Matterhorn, said: “We always thought Living Legend was a very good horse as a three-year-old, but he bowed a tendon. Barbara and Alick gave him to us, to probably be retired at the time. We gave him a whole two years off, he came back racing in our name, and when we saw it looked like he might stay sound – he actually won a race for us – we gave him back to them.

“I don’t know what’s next – we’ll take it one race at a time. We have no specific plan for him. I wouldn’t say this was an afterthought, we always had it in the back of our minds, and he won so well last time.

“I notice it says in the racecard that he didn’t need to improve to win last time, but we didn’t agree with that at all – we thought the horse was still very much on an upward curve, and he’s run the race of his life today.”

Nigel Twiston-Davies is far better known for his exploits over jumps, but the Naunton handler showcased his talents on the level by sending out Earlofthecotswolds, whom he co-owns, to take the Betway All-Weather Marathon Championships Conditions Stakes.

Liam Keniry made every yard of the running on the evergreen eight-year-old, who saw off Marshall Plan and Frankie Dettori by a neck in the extended two-mile contest. 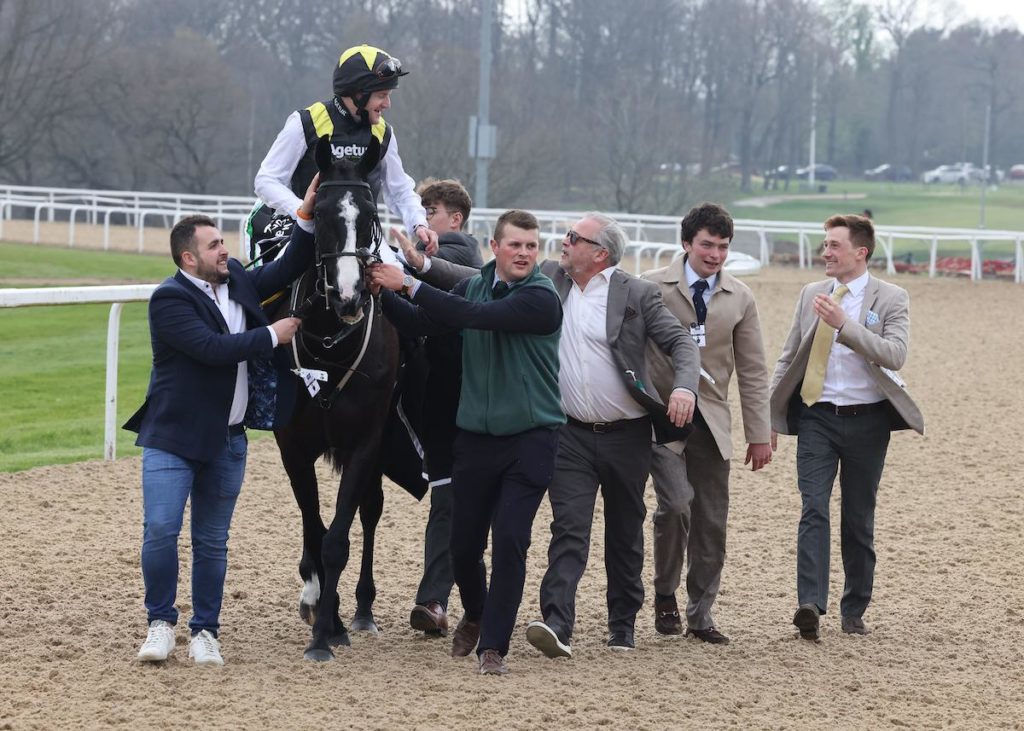 Twiston-Davies said: “This is very much down to Willie [Twiston-Davies, Nigel’s son]. I train the horse, but Willie’s done everything with him. When the ground turned a little bit soft and he disappointed at Kempton, I think Willie said, ‘Let’s try him on the Flat’, and came up with this all-weather thing.

“And look what he’s done! Quite an ordinary horse rated mid-130s, and he’s won all this money. We don’t expect to do something like this, and to come and beat all the posh people – it’s nice! He’s a very cheap horse – you don’t expect this.”

Highfield Princess has been a star for the John Quinn stable, capturing the Buckingham Palace Stakes at Royal Ascot last year, and the daughter of Night Of Thunder continued her progress with a gutsy win under Jason Hart in the Coral All-Weather Fillies’ and Mares’ Championships Conditions Stakes (7f) for owners Trainers House Enterprises Ltd.

The Karl Burke-trained El Caballo made it five wins on the spin in the Coral 3 Year Old All-Weather Championships Conditions Stakes (6f) under Clifford Lee, outpointing Tiber Flow by a short-head to hand the first prize of £77,310 to owners Grange Park Racing XVIII &OfO Partners.

French challenger Bouttemont enjoyed a rewarding journey across the Channel as Gregory Benoist steered the four-year-old Acclamation colt to a thrilling success in the Betway All-Weather Sprint Championships Conditions Stakes (6f), prevailing by a short-head from Edraak with Spycatcher a further short-head away in third. The winner is trained by Yann Barberot for Philippe Allaire.

The Tsui family’s My Oberon, trained by William Haggas, came out best in the All-Weather Mile Championships Conditions Stakes (1m) as Tom Marquand drove the Dubawi gelding to a nose success over Irish raider San Andreas.

The opening contest, the Listed Coral Burradon Stakes (1m), saw a most impressive winner in the shape of Andrew Hetherton’s Checkandchallenge. Successful on his only previous outing, the son of Fast Company only had to be nudged out to defeat Dubai Poet by a length and a half under Danny Tudhope.

Trainer William Knight certainly has a smart performer on his hands and could aim his three-year-old at the QIPCO 2,000 Guineas at the end of the month. 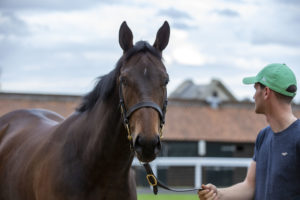 Up Next
Tally-Ho shines again as successful Tatts Craven closes