Led by the €2.1 million brother to Sottsass, 240 of the 285 yearlings through the ring were listed as changing hands

The new format of the Arqana August Sale was hailed as a resounding success on Monday as the three-day auction broke through the €50 million barrier in turnover for the first time in its history.

Officials took the decision to catalogue the entries alphabetically this year instead of across three sessions of differing quality, and aided by strong international investment, were able to celebrate a turnover of €51,071,000 (including private sales) and average of €210,025, which was up 12 per cent from the record edition of 2019. Led by the €2.1 million brother to Sottsass, sold to Japanese trainer Yoshito Yahagi, 240 of the 285 yearlings through the ring were listed as changing hands.

Arqana went to great lengths to attract an international cast of buyers, going so far as to bring in a plane from Saratoga, and it paid off, with the top ten lots falling to buyers from Japan, Dubai, America, Britain, Abu Dhabi, France and Ireland.

Following the sale, Eric Hoyeau, President of Arqana and Freddy Powell, Executive Director commented: “With such great results, we are more than satisfied that the yearling sales season is off to a great start. We are extremely grateful to our vendors for entrusting us with yearlings of this quality and for adapting to the new three-day format. The entire catalogue was of exceptional quality and all the yearlings entered are qualified for the Arqana Series, which will be held for the first time next year.

“The return to normal compared to the last two years has allowed us to organise events that enable us to welcome our clients, who came from Japan, the United States, Europe, the Gulf, Australia, etc., and we thank them for having attended. It was a real pleasure to see everyone in Deauville and we look forward to seeing you at the beginning of September.”

Fresh from selling the €2.1 million brother to Sottsass on Sunday, Ecurie des Monceaux once again stole the show on Monday, this time as the vendor of a Dubawi colt who became the third seven-figure lot of the sale when knocked down to Anthony Stroud on behalf of Godolphin for €2 million.

Offered as a partnership between Monceaux and the Roth family’s LNJ Foxwoods, the colt is the third foal out of Golden Valentine, who carried LNJ Foxwood’s colours to victory in the Group 3 Prix Minerve at Deauville. The homebred is a Dalakhani sister to Group 3 winner Goldwaki and half-sister to another Grade 3 winner in Luck, and hails from the famed Wertheimer family of Goldikova.

“He’s an exceptional colt and a son of Dubawi,” said Anthony Stroud after outbidding Charlie Gordon-Watson. “The whole team loved him. He was the horse of the sale for us – we’re delighted.” 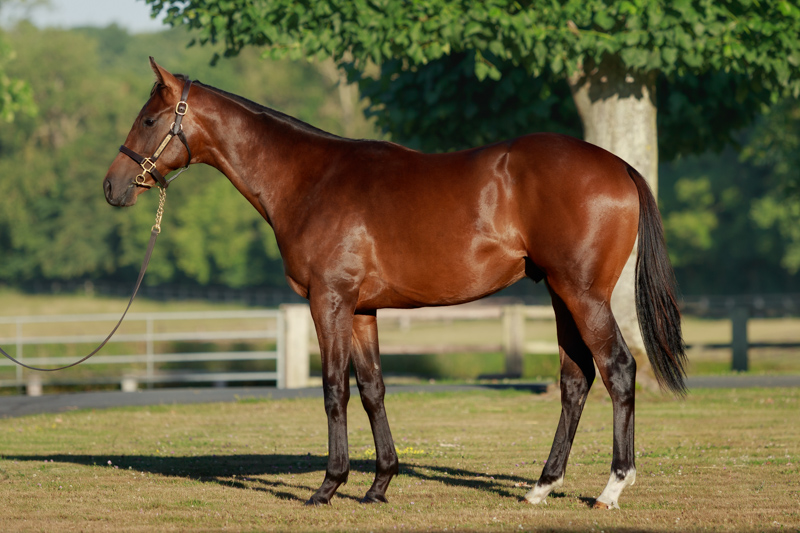 Anthony Stroud signed at €2 million for this son of Dubawi. Photo: Zuzanna Lupa

In all, Godolphin came away with three of the four Dubawi yearlings on offer, including another offering from Monceaux in a half-brother to Group 2 winner The Juliet Rose at €600,000. Overall they spent €5.55 million on six yearlings to take leading buyer honours.

The €2 million colt helped consolidate Monceaux’s place as leading consignor for the 11th consecutive time. Vendor of three of the four yearlings that made over a million euros, Ecurie des Monceaux, managed by Henri Bozo, sold 32 yearlings sold for a total turnover of €12,680,000.

Oliver St Lawrence was also active, coming away with three yearlings worth €1.53 million. They included a Kingman half-brother to Grade 3 winner Guildsman for whom the agent signed at €800,000 on behalf of Fawzi Nass. The colt provided the sale highlight of a productive few days for vendor Haras de Saint Pair, who bred him out of the Street Cry mare Dardinza, a relation to champion Almanzor.

“Andreas Putsch is a breeder that I have a lot of time for,” he said. “We loved this colt when we saw him. He’ll go to William Haggas, who was here this weekend and really liked him too.”

Having come off second best on the €2 million colt, Charlie Gordon-Watson meanwhile had better luck in his pursuit of Haras d’Etreham’s Frankel filly out of Crystal River. Bred on the famed Frankel – Dubawi cross, the filly is the first foal out of a Listed-winning half-sister to Group 1 winner Royal Marine from the family of top milers Dubai Destination and Librettist.

“She’s a magnificent filly with a superb pedigree page,” said Gordon-Watson. “She’s a daughter of Frankel, a remarkable stallion that had a Group 1 and Group 3 winner just yesterday at Deauville, and the dam is by Dubawi, one of the best crosses that one could find. She’ll go to England and we’ll decide on a trainer later.”

As ever, nor was Galileo far from the action, with a son of Group 3 winner High Celebrity commanding €650,000 from MV Magnier. 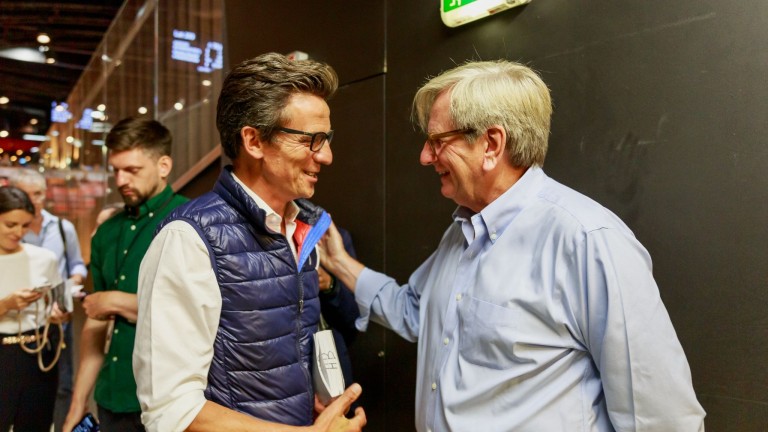 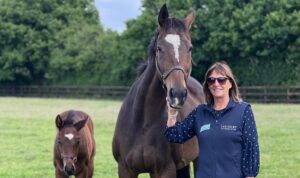 Up Next
Magical Moments - Melba Bryce and Snooze N You Lose