Promising colt Belgrade will continue his career with Graham Motion after selling for $700,000

The best was saved until last during the second session of the Keeneland January Sale in Kentucky on Wednesday as the final lot into the ring, promising three-year-old Belgrade, sold for $700,000 to Carl and Yurie Pascarella.

His sale was the highlight of another solid day of trading; while the figures were unable to match those recorded during the corresponding session in 2021, that particular day did feature the highly sought after dispersals from the Estate of Paul Pompa Jr. and Sam-Son Farm, which combined to produce sales of more than $10 million.

“Today was really good,” said Tony Lacy, Keeneland Vice President of Sales. “Last year on this day we had the Paul Pompa and Sam-Son dispersals, so there were big shoes to fill. But we maintained the median at $40,000 and we came really close to last year’s gross. The quality horses were extremely popular. It was all very fair, and trade was strong and solid all the way through. A lot of smiling faces.”

Belgrade is set to continue his career with Graham Motion. The Hard Spun colt, originally a $45,000 yearling purchase, turned heads on December 18 when the six-length maiden winner of his debut at Fair Grounds for Brendan Walsh. Sold as a supplementary entry by Four Star Sales, he hails from the family of Grade 3 winners Medal Count and Garden District. 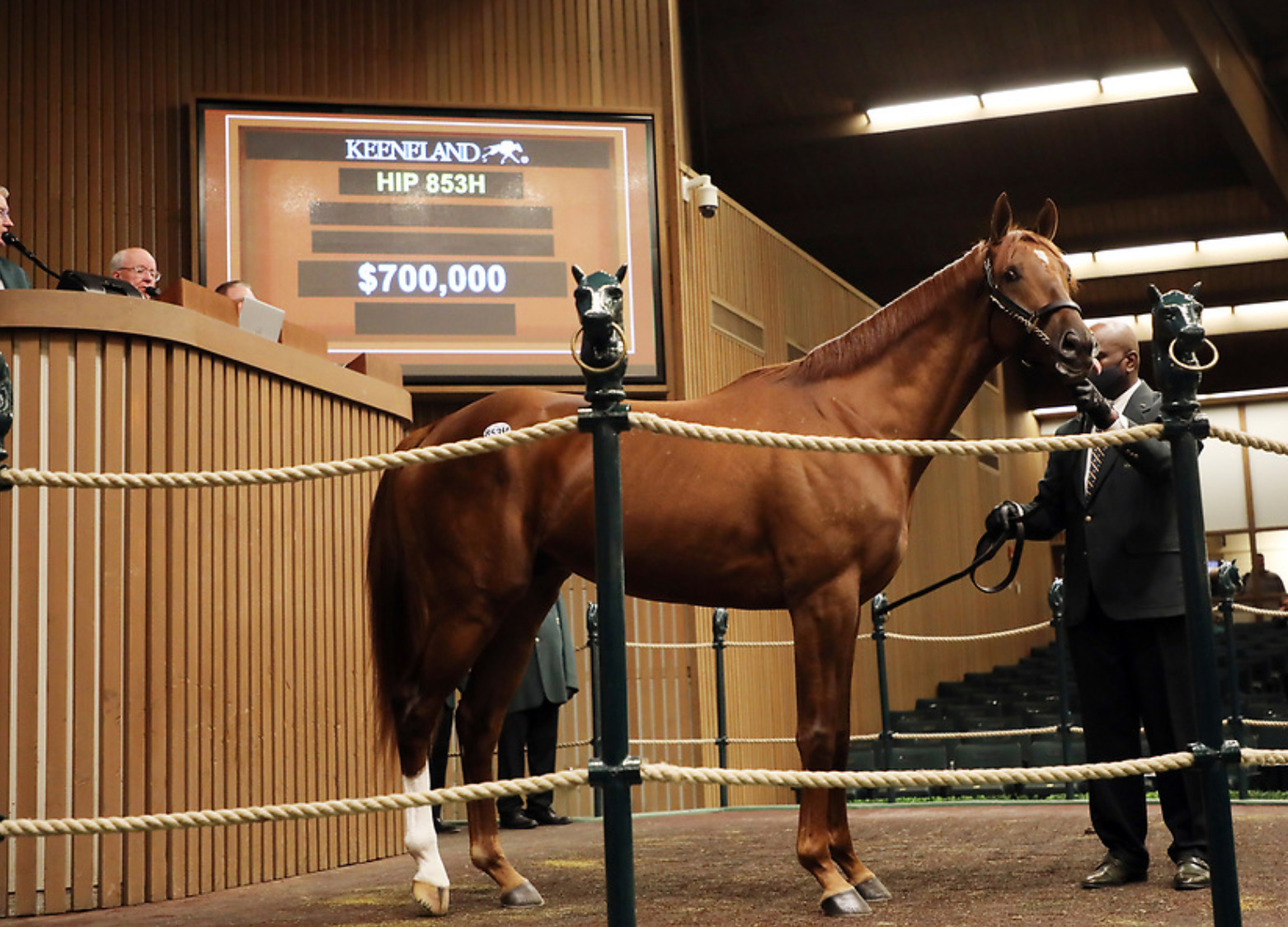 Belgrade will continue his career with Graham Motion. Photo – Keeneland

“We have followed him. We liked how he won,” Buchanan said. “We tried to buy him privately after his race. We liked how he did it; he ran good numbers. (The Pascarellas) owned part of Animal Kingdom (trained by Motion to win the Kentucky Derby) with Team Valor.

“It is terribly tricky to buy a horse like this. We have been trying to buy privately all last year. It was expensive, but that is what these horses (three-year-old colts with two-turn potential) are making right now.”

Buchanan said Belgrade would go to one of Motion’s divisions either at the Fair Hill training centre in Maryland, Tampa Bay Downs or Palm Meadows in South Florida.

Belgrade wasn’t the only supplementary entry to boost proceedings.

Caravaggio himself was represented by Her World, a stakes winner on debut last year who made $425,000 to Andrew Farm.

The main catalogue was highlighted by the sale of Co Cola, the dam of last year’s Grade 1 Acorn Stakes heroine and Kentucky Oaks runner-up Search Results. Sold in foal to Flatter, and therefore carrying a sibling to Search Results, the daughter of Candy Ride joined the broodmare band of Peter Blum on a final bid of $600,000.

“Being in foal to Flatter (sire of Search Results) was a draw,” said Jonathan Harrison, who with his mother, Bridie Harrison, and other family members manage Blum’s broodmares. “She is an exciting addition to the group.”

Wednesday’s top-priced yearling was a colt by Uncle Mo who sold for $310,000 to Sand Hill Bloodstock. Consigned by Stuart Morris, agent for Waldorf Farm, he is out of the Smart Strike mare Canadian River and from the family of English Group 2 winner Montgomery’s Arch. 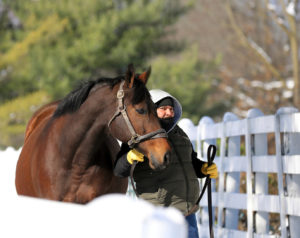 Up Next
Brisk opener to Keeneland January