The Keeneland January Sale in Kentucky opened in buoyant fashion on Tuesday with a strong depth of trade headlined by the $750,000 sale of the well-related two-year-old Princesse Lele.

“We were expecting a good day of trade with some nice quality toward the end, and that’s the way it happened,” Keeneland Vice President of Sales Tony Lacy said. “The numbers were pretty stable with last year until about halfway through the day. Then they starting creeping ahead. We are up nearly 49% on gross from 2021, so that’s really strong for the first day.

“It’s great to see the domestic market very, very strong. There continues to be a lot of positivity. Demand for quality was as eager as ever.” 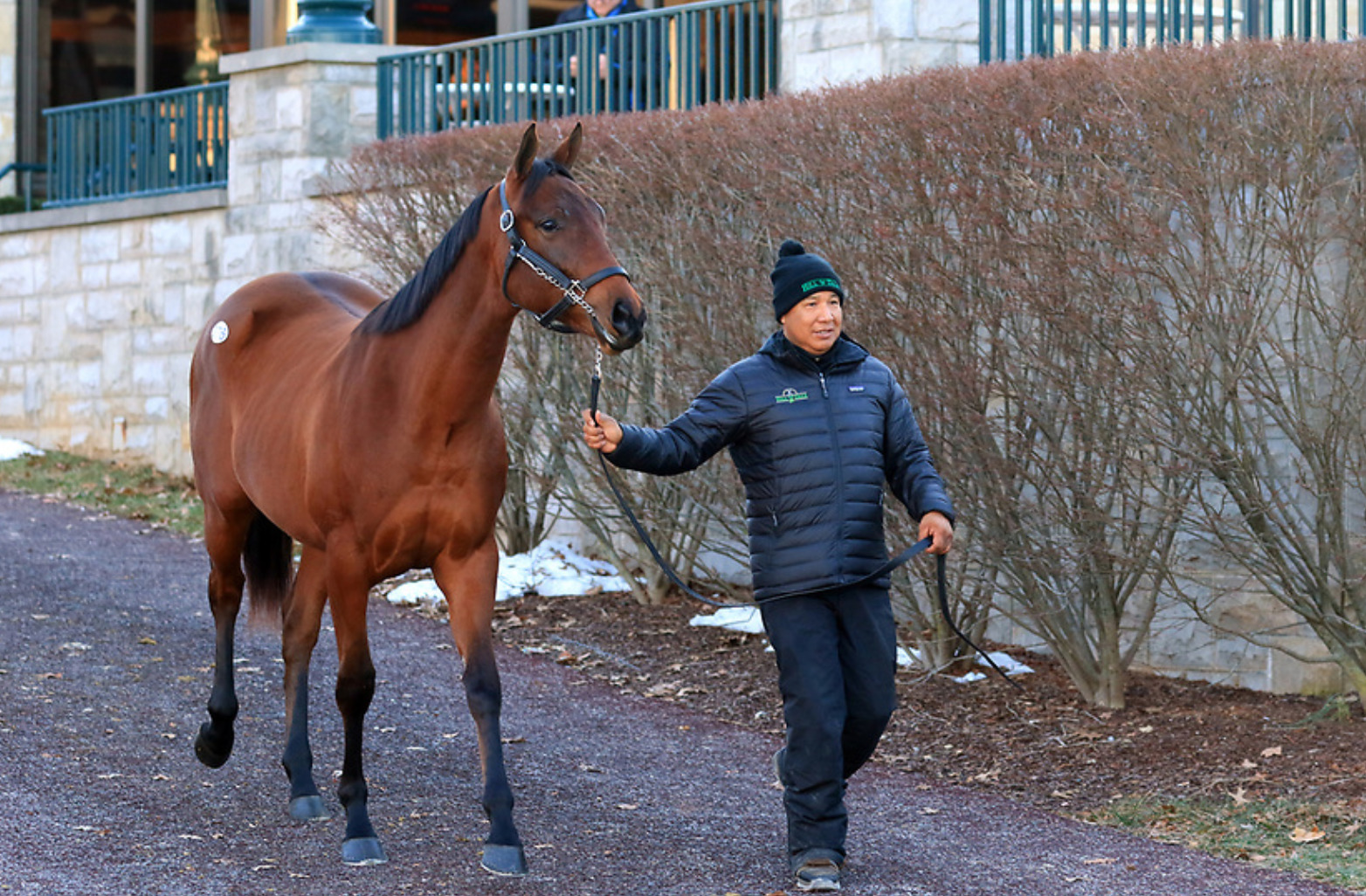 Princess Lele leaves the ring after selling for $750,000. Photo – Keeneland

Three Chimneys also went to $410,000 for another classy juvenile from Hill ‘n’ Dale in Justly, a first-crop daughter of American Triple Crown winner Justify and two-year-old champion Take Charge Brandi. Already exceptionally well-related as a descendant of Grade 1 winner and Broodmare of the Year Take Charge Lady, the filly received a major update on New Year’s Day when her three-year-old half-brother Courvoisier won the Listed Jerome Stakes at Aqueduct.

Both Princess Lele and Justly were purchased to dissolve a partnership with Hill ‘n’ Dale Farm.

A busy day for Three Chimneys Farm also saw them team up with Whisper Hill Farm to purchase the Grade 3-placed Remedy, a Creative Cause mare from the family of two-time champion Beholder, leading sire Into Mischief and Grade 1 winner Mendelssohn, for $470,000. Her consignor, Taylor Made Sales Agency, led all vendors during the session by selling 54 horses for $4,564,000.

Narvick International paid $375,000 for the session’s top-priced yearling, a son of champion first-crop sire Gun Runner from the family of Grade 2 winners Memorette and Gervinho. Hunter Valley Farm, agent, consigned the colt, whose dam is the winning Empire Maker mare Take a Memo.

The colt was purchased for an undisclosed client by Narvick’s Emmanuel de Seroux, who said the colt would race in the U.S.

“First, he is by Gun Runner and, second, he is a very athletic horse and walks very well,” said de Seroux. “We loved everything about him. He had very good presence about him and is a very classy horse.” 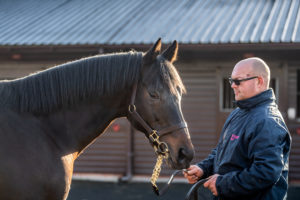 Up Next
18 stallions on show at TBA NH Stallion Showcase