Racing in the Recession
Stories

Japanese bloodstock to the fore once more

Deep Impact’s first crop already contained two Group 3 winners and a Group 1 runner-up in 2010 and the success continues this season with Barocci adding a Listed victory to his sire’s black type tally in the Prix Omnium II at Saint-Cloud on Thursday.

The colt is the first of Deep Impact’s runners to win at stakes level outside Japan and he has an international pedigree to match. Bred by the Wildenstein family’s Dayton Investment Ltd, he is out of a Giant’s Causeway half-sister to Might And Power.

A son of leading New Zealand stallion Zabeel, Might And Power became only the second horse in Australian racing history to win the Caulfield Cup, Melbourne Cup and Cox Plate.

Deep Impact, by the great Sunday Silence and a descendant of HM The Queen’s Highclere, won seven Group 1 races in Japan  and finished third in the 2006 Prix de l’Arc de Triomphe but was subsequently disqualified after failing a post-race drug test. He stands at Shadai Stallion Station, the former home of Sunday Silence, on Hokkaido. 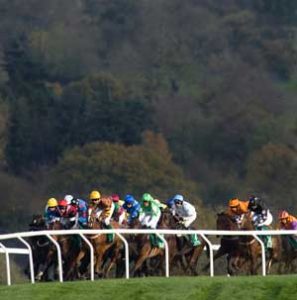 Up Next
Racing in the Recession