As a three-year-old he beat subsequent Group 1 winners Literato and Spirit One in a Listed contest on the Flat but it is as an outstanding hurdler that Hurricane Fly will always be remembered thanks to this record-breaking 17th Grade 1 victory under National Hunt rules at Punchestown on Sunday.

The dual Champion Hurdler, now nine, was sent off at odds of 1-16 for his seasonal reappearance at Punchestown and while there will be some who will crab the manner of his length and a quarter win over stablemate Marito, he is now unbeaten in his last seven starts – all at Grade 1 level – and his only defeat in 15 starts since November 2009 came when he was third to Rock On Ruby and Overturn in the Champion Hurdle of 2012.

Ruby Walsh, now fully committed to riding in Ireland, primarily for Willie Mullins, after giving up his retainer with Paul Nicholls at the end of last season, has been the man aboard for the nine-year-old’s last 11 starts and he was also the principal jockey of the jumper whose Grade 1 record Hurricane Fly stole with his latest triumph, Kauto Star.

By Montjeu out of the Kenmare mare Scandisk, Hurricane Fly is bred on the same cross as Irish St Leger winner Jukebox Jury and fetched €65,000 when offered as a yearling at Goffs through the Irish National Stud for his breeder Agricola del Parco. A private transaction at the end of his three-year-old season saw his switch from the Mont de Marsan stable of Jean-Luc Pellatan to that of Willie Mullins, for whom he has now run 22 times for 19 wins and three places with earnings in excess of £1.5 million.

The three-time winner Thunderwing is Scandisk’s only other scorer but her Yeats colt foal, a three-parts brother to Hurricane Fly, topped the recent Tattersalls Ireland November National Hunt Sale when selling for €120,000. 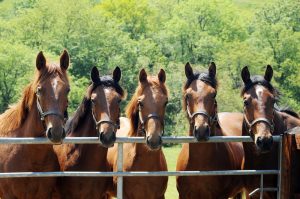 Up Next
Economic overview of 2013 yearling sales