Updating the chart used in last year’s analysis of the bloodstock market would at a first glance give the impression of growth in all sectors of the market. The reality is rather different, as, with more horses sold for over £500,000, and over £200,000, the growth in these sectors account for more than the total increase in horses sold for over £100,000, with the number sold for between £100,000 and £200,000 dropping from 300 to 294.

To call this a flight to quality would give an equally misleading impression of market sentiment, but nevertheless what growth there has been has been increasingly concentrated at the top of the market where a small number of buyers chasing the same horses have pushed prices for a small number of horses to unprecedented levels.

Just as international demand for super-prime London property is not indicative of the market as a whole, nor is the demand for some two hundred yearlings fetching over £200,000, particularly at a time when the number of mares covered by stallions standing at over £50,000 is well in excess of a thousand.

With the continuation of the upturn in the market in 2013, coupled with breeders enjoying (a term best used loosely) the lowest stallion fees in recent years as the 2011 covering season reflected the continuing reduction in yearling prices evidenced post the 2008 financial downturn, bottoming out in 2010, the recent sales season may well represent the peak of this cycle as far as breeders’ profitability is concerned. As stallion prices started to increase in 2012, lagging the 2011 upturn in yearling prices as one would expect, breeders are increasingly vulnerable to any drop in demand.

Comparisons with the 2007 peak show a similar trend, with the 100th most expensive yearling 36% more expensive than its 2007 counterpart, against the 250th costing only 7% more than in 2013. The result for the 500th shows almost no change on both last year’s figure, and that of 2007.

Two other particularly noteworthy features of the 2013 sales season was the attitude of vendors in Book 1 of Tattersalls’ October Sale. Not only did the number of yearlings registered as either not sold or vendor buy-backs increase, despite the reduction in the size of the catalogue, but the percentage of those unsold at over £100,000 increased from 32% of those failing to sell in 2012 to 42% in 2013, and the share of buybacks at £200,000 plus increased from 11% to 17%.

As well as increased buy-backs, vendors at Tattersalls have increasingly tended to follow the American trend of withdrawing horses where there was either little demand, or demand which vendors did not believe would match their expectations. This was particularly noticeable on the Thursday, when in the absence of Sheikh Joaan the buoyant conditions of the previous two days never looked like being replicated, and only 61% of horses catalogued were recorded as being sold, in contrast to 66% for the sale as a whole (itself some way down on the 72% achieved in 2012.) Overall withdrawals as a percentage of yearlings catalogued rose from 10.9% to 12.2%, but stood at over 14% on the sale’s final day.

In terms of market share, Tattersalls’ dominant position within Europe was confirmed, continuing to sell almost 60% of the top 1,000 yearlings by number, while Goffs/DBS increased both their numerical share (up from 16% to 21%) at the expense of Arqana, whose share dropped from 21% to 16%. Looking at market share by value, Goffs/DBS again benefitted, rising from 14% to 18%, at the expense of both Tattersalls (down from 66% to 63%) and Arqana (from 17.5% to 16.5%).

The recovery from the post 2008 slump is complete and no one can deny that confidence has been fully restored to the market. Whether the number of buy-backs in Book 1 is indicative of over-confidence in that particular segment of the market remains to be seen.

In a business as cyclical as bloodstock, with the financial consequences of fluctuations in sentiment made even more turbulent by the long lags between the cost of production being established and the returns in the market place being generated, the greatest danger facing breeders now is getting sucked into paying nomination prices inflated by the top end. This sector is not only a small proportion of the broader bloodstock market, but has decoupled from it.

Number of yearlings sold for more than… 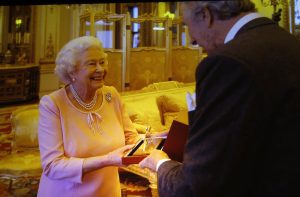 Up Next
Treve named Cartier Horse of the Year