Last month saw the launch of the TBA’s much anticipated Economic Impact Study. As a consequence, a number of meetings have been conducted with industry figures and we are well on our way to presenting a series of recommendations seeking support for breeders from the BHA and Levy Board in the coming months. The timing is right, coming as it does shortly after last month’s announcement that the government is closely examining a wider reform of the levy and introducing a “racing right to support the sport.”

The study findings have also provided us with independent support for our political lobbying campaigns. During the last month the TBA has presented to the All Party Parliamentary Committee for the Horse, held meetings with local MPs and MEPs, and raised our concerns directly with the Secretary of State in response to the proposal to remove notifiable disease status for CEM and EVA. However, there are some determined officials somewhere in Whitehall whose short-sightedness still fails to recognise that, should it go ahead, as a result the industry will lose £30 million annually in international trade opportunities. We have now addressed all their points and we expect ministers to act responsibly.

This lobbying activity is particularly timely, as it follows the TBA’s recent commitment to co-fund a trade visit by senior Chinese officials to inspect the UK animal health controls. This visit paved the way for the protocol for the live export of horses from the UK to China to be signed between Secretary of State Owen Paterson and the Chinese Minister Zhi Shuping on April 1. The decision to fund this significant milestone was, I believe, money well spent. We hope that our government took notice.

A week of successes was crowned by an unexpected about-turn from the International Air Transport Association, whose new Live Animals Regulations had imposed a shorter time limit on all airlines for the transport of pregnant mares. This threatened to compromise the sale and prevent the subsequent international movement of mares after 200 days of pregnancy. Delegates at the International Thoroughbred Breeders’ Federation conference in Chile, working with the IOE, combined forces and a change of policy was secured with airlines reverting to the original upper limit of 300 days.

Monitoring EU and national government policies has never been more important, and the TBA’s ability to respond on a range of issues is testament to the good relations we enjoy with a number of experts, and our ability to mobilise support.

The BHA and Weatherbys are currently partnering the TBA in negotiations with DEFRA to ensure that the revised Tripartite Agreement, allowing the free movement of thoroughbreds between the UK, Ireland and France, is workable when it comes into operation in May. We are also keeping a close eye on progress in the EU with regard to equine ID regulations.

On the home front, we will be working with the BHA to develop its strategy for the industry. The TBA Board election process is now under way. Board members have been tasked with providing support and guidance to the executive and we are asking them to take more responsibility for the delivery of the TBA’s strategy for solutions identified in the EIS findings. With the incoming members’ terms of office due to run up to the TBA’s centenary year, there is a lot to look forward to, which should ensure our diaries are busier than ever.

We will soon have an opportunity to check the robustness of the 2014 Flat market via the breeze-up sales, which will be analysed as part of the presentations at the TBA seminar on July 23. 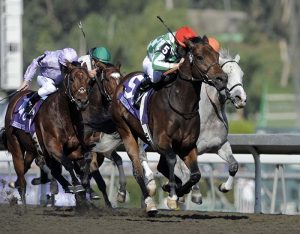