The longest race in the two-day Breeders’ Cup meeting, the Marathon, is to be discontinued after six years in existence.

Run over a mile and three-quarters, the $500,000 contest was first won in 2008 by the Ralph Beckett-trained Muhannak, ridden by Pat Smullen. The following year, the Marathon was won by Man Of Iron, trained by Aian O’Brien, while Jo Hughes scooped the biggest win of her training career when sending out London Hughes to win the race last year.

A statement from Breeders’ Cup CEO and President Craig Fravel said: “The Breeders’ Cup World Championships stand for the very best in international racing. It is our mission to conduct a racing programme with competition at its highest level.

“While we truly appreciate the participation of owners and trainers in the Marathon, the conditions of the race have not developed into a competition that we believe reaches the standard set by the remaining races comprising the Championships. Accordingly, the Marathon will not be a part of the 2014 event.”

The 2014 Breeders’ Cup meeting takes place at Santa Anita on October 31 and November 1. 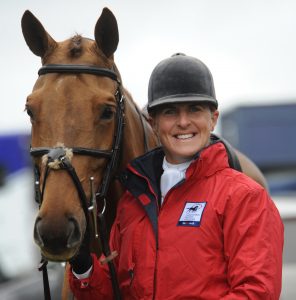 Up Next
Tina Cook to be TBA Ambassador