Fillies in and out of training from Godolphin dominated the third day of the Tattersalls December Mares Sale in Newmarket on Wednesday. On a day far removed from the heady heights of Tuesday’s session, when 11 lots changed hands for a million guineas or more, only one offering broke through the six-figure barrier.

The filly in question, Miska, is due to return to her breeder Tally-Ho Stud following her sale to the operation’s Henry O’Callaghan for 125,000gns. Tally-Ho bred the filly out of Shobobb, herself a €13,000 purchase off Darley at the 2010 Goffs November Sale who went on to click with Kodiac to produce the Pavilion Stakes scorer Gifted Master. Miska herself was a 210,000gns yearling purchase by Gainsborough Thoroughbreds last October and looked potentially smart for Simon and Ed Crisford when scoring on her second start over 6f at Nottingham in the summer.

Miska has run twice since then and while Tally-Ho’s Henry O’Callaghan didn’t rule out a return to training for the filly next year, the stud obviously has a fine selection of stallions with which to cover her with next year as well. In the meantime, they have the prospect of her yearling full-sister, a 475,000gns Book 1 purchase by Godolphin this year, working for the family as well.

Also returning ‘home’ is Angel Point, for whom Genesis Green Stud successfully bid 90,000gns. She was bred by the stud out of its highly accomplished mare Madonna Dell’Orto, whose five winners include I Can Fly (Fastnet Rock), winner of the Solonaway Stakes for Aidan O’Brien, and Listed scorer Viscount Barfield. Not only that, the mare’s 2021 colt by Dubawi was the star of last year’s Tattersalls December Foal Sale when knocked down to Godolphin for 1,800,000gns. 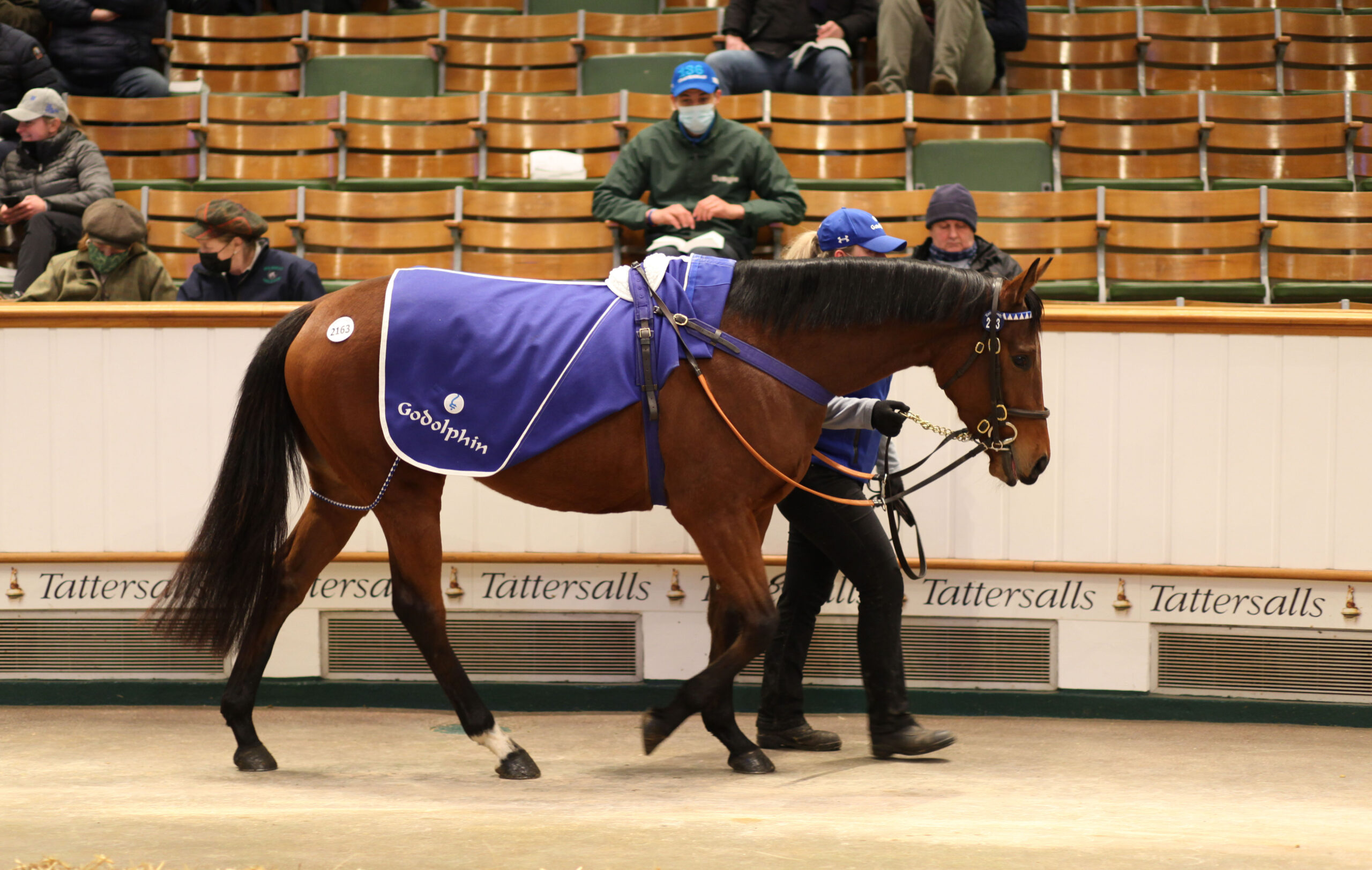 Angel’s Point herself was sold by Genesis Green Stud for 260,000gns as a Tattersalls October Book 1 yearling to trainer Andrew Balding.

“Andrew thought a lot of Angel’s Point, but she had a few training issues,” said the stud’s Michael Swinburn. “We do have a filly foal by Fastnet Rock out of the mare, who is a full-sister to I Can Fly, and we have had enquiries about her. We’d love to keep and race her but with prize-money the way it is, we may end up selling her.

“If that is the case then we have no other daughters out of Madonna Dell’orto. So it made sense to buy Angel’s Point back to breed from.”

Similarly, John Deer’s Oakgrove Stud also dipped into the Godolphin draft to come away with Colourful Dream, a winning Dubawi filly that it bred and sold for 520,000gns. Out of the Group 3 winner Be My Gal, Colourful Dream ran out a near eight-length winner of her maiden at Southwell for Charlie Appleby in the spring. However, that proved to be her final start and sent through the ring yesterday as a filly out of training, went on to command 72,000gns.

Colin and Melba Bryce’s Laundry Cottage Stud also added a well-related, young mare to its fold with the acquisition of Qatar Queen for 80,000gns through Alex Elliott.

A Tattersalls December Yearling sale-topper in her day, when bought by David Redvers for 400,000gns, the placed daughter of Kodiac is a half-sister to multiple Group 1 winner Barney Roy. She was sold by Tweenhills Farm and Stud in foal to Kameko, having already produced 2021 and 2022 colts by Zoustar.

“She’s a very attractive mare – she made 400,000gns here as a yearling – and a half-sister to a very good horse in Barney Roy,” said Elliott. “The Dubawi yearling half-brother made 750,000gns here in Book 1 and there’s a Dubawi filly foal out of the mare, so there’s lots happening in the family.

“She is believed to be carrying a Kameko colt. I’m a big fan of the sire. We had a look at all the foals here and liked what we saw.”

Her 80,000gns price tag was also matched by Bella Luce, a sister to Listed winner Emmaus who was knocked down to The National Stud in foal to Bated Breath. 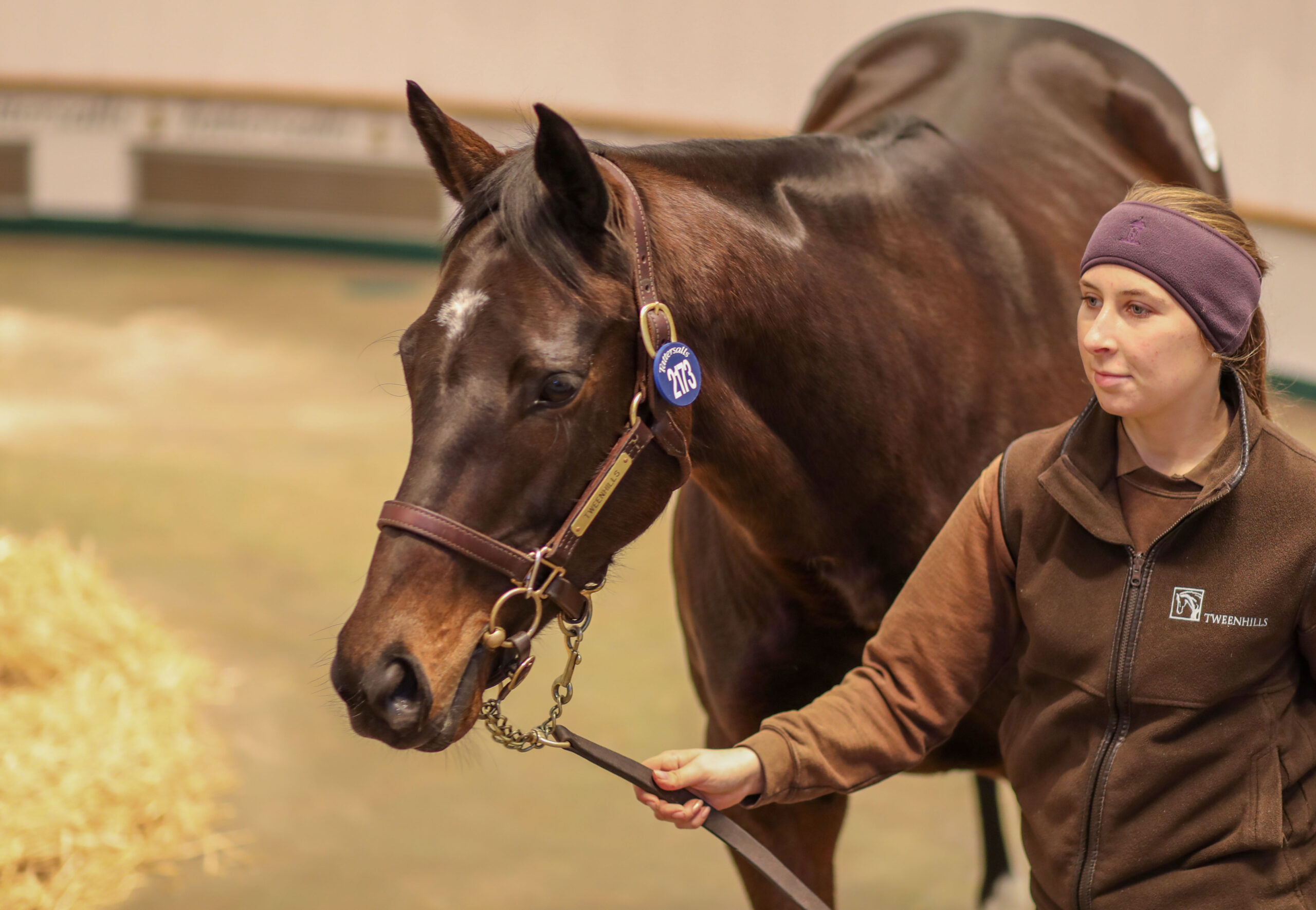 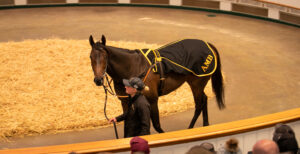 Up Next
Alcohol Free tops record day of trading at Tattersalls