Multiple Group 1 winner will continue her career in Australia after selling for 5,400,000gns to the BBA Ireland on behalf of Yulong Investments

Brilliant race filly Alcohol Free is due to continue her career in Australia after selling for 5,400,000gns to the BBA Ireland to head a blockbuster second day of the Tattersalls December Mares Sale in Newmarket on Tuesday. Sold as part of the second Sceptre Session, a new initiative launched by Tattersalls this year to showcase elite bloodstock, she led the way during a day that recorded a turnover of 54,005,000gns, a record figure for a single day of trading at an European bloodstock auction.

A major contributory factor to that record was the enthusiasm of Zhang Yuesheng’s Yulong Investment, who came away with two of the day’s 11 seven-figure lots through Michael Donohoe of the BBA Ireland alongside a host of other high-profile offerings.

They were led by Alcohol Free, who boasts the admirable distinction of having won Group 1 races at two, three and four years – namely the Cheveley Park Stakes, Coronation Stakes, Sussex Stakes and July Cup – in a career for Jeff Smith and Andrew Balding that has not only showcased her immense talent but also soundness and versatility.

Following an opening bid of 1,000,000gns, she became the subject of a battle between Donohoe, sitting to the left of the auctioneer with owner Zhang Yuesheng, and MV Magnier, standing in the gate. In the end, it was Donohoe who had the final say at 5,400,000gns – and with a plan in mind that will see the filly race on.

“She is for a partnership to race in Australia,” he said. “She vetted extremely well and clean for a filly with some miles on the clock. There is a lot of money to win in Australia – I think there are 87 races for this year worth a million plus so we hope to recoup a lot of what we paid for her and add a bit more, too.

“She is a filly with the speed for 6f but she also stayed a mile, so there will be a lot of options for her. Andrew Balding and the team did a great job with her.

“She will make a lovely broodmare in time as she has the physique and the pedigree. It is a family I know well as I bought the dam [Plying] for Yulong Investments last year and she has a lovely Lope De Vega foal at foot and is in foal to Lucky Vega.

“So Alcohol Free will probably race for a season and then be covered, perhaps by Frankel. We will decide whether we cover on northern or southern hemisphere time, but obviously Frankel is an exceptional sire and is doing it in both hemispheres.

He added: “Those blue hen fillies who come off the track are collectors’ items – they don’t come on the market very often. If they do come to a sale, you just have to value them, and we had a figure in our head.”

Alcohol Free is a half-sister to Lised winner Alexander James and out of Plying, who topped last year’s Goffs November Mares Sale when sold to the BBA Ireland on behalf of Yulong Investments for €825,000.

As for Alcohol Free herself, she was very well bought by David Bowe of Jeff Smith’s Littleton Stud for €40,000 as a foal.

“She walked in and looked beautiful. If it had been five years earlier with Jeff, we might not have brought her to the sale ring. We have enough broodmares and she was not bred by us, but it is really to do with the timescale. She will make a beautiful mare in time and it is time for someone else.”

He added: “We have had so much luck along the way. I can’t thank everyone who has been involved enough. It has been emotional. It just shows that whatever sales ground you are at, we are all trying to do the same thing and it has happened to the likes of us! It is extraordinary. It just goes to show, if you keep plugging away it can happen.

“Jeff was not here tonight, but it is all down to him, he let us buy her, let us all get involved in the whole dream. It is a beautiful end to our chapter and we wish the new connections all the luck.” 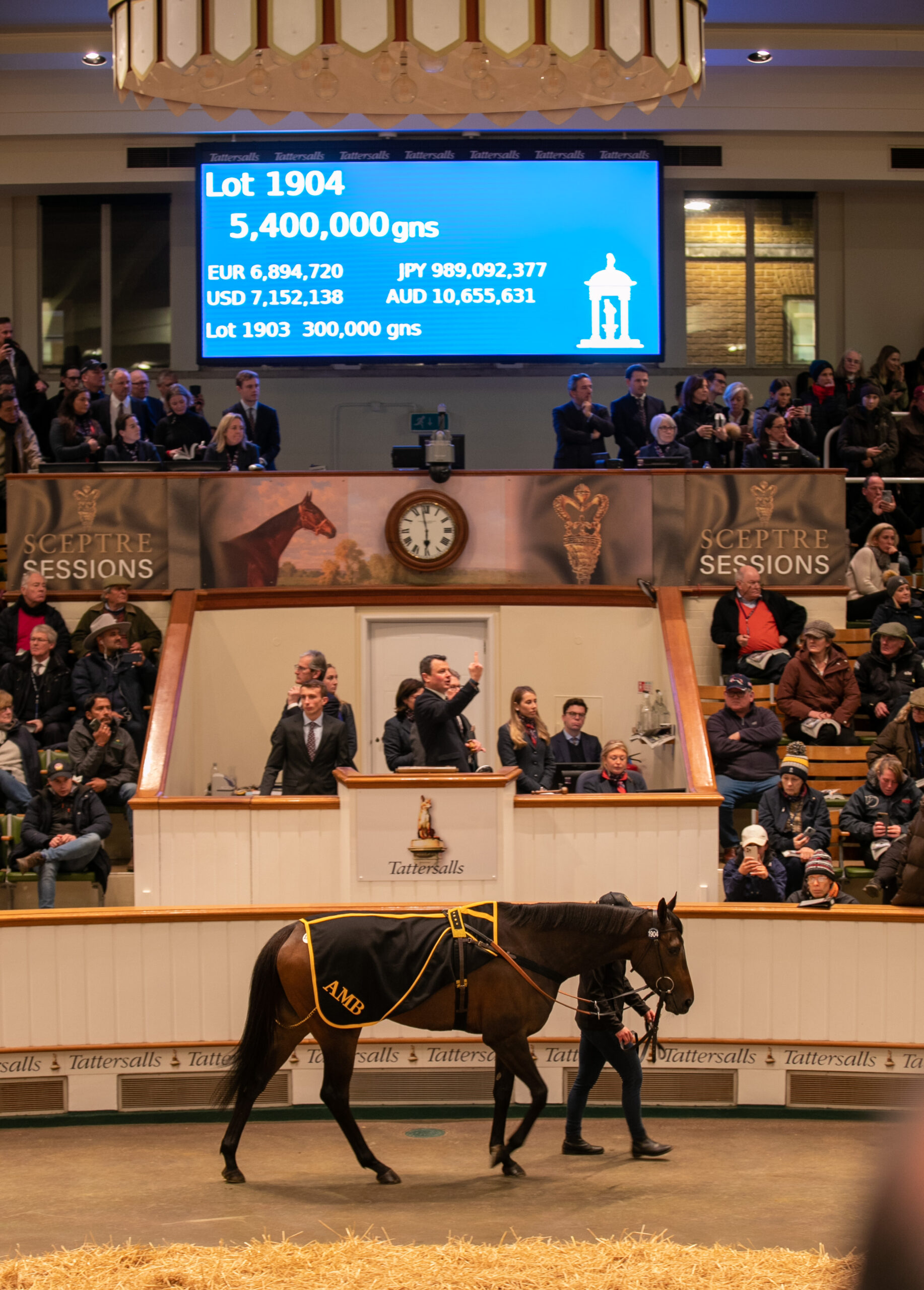 Donohoe’s other seven-figure purchase on behalf of Yulong was the highly promising two-year-old Gan Teorainn, bought for 1,000,000gns. The Ennistown Stud homebred was saddled by Jim Bolger to win at Naas on her second start prior to running second in the Prix Marcel Boussac.

Dual Group 1 winner Saffron Beach, meanwhile, is due to remain with Jane Chapple-Hyam with an eye on an assault on next year’s Saudi Cup following her sale to Najd Stud.

In a lengthy battle that encapsulated the international nature of the bloodstock business, Najd representative Saad Al Mishriff outbid Northern Farm for the filly, with the latter only giving best when the bidding hit 3,400,000gns.

“I’m very excited, especially for these gentlemen,” she said alluding to the Najd Stud team. “It’s a big thrill. She’s in good order and I believe she’ll get the 9f out in Saudi. You never know about the dirt surface but we’ll give it a go.

“I think she’ll have a little rest now and then we’ll build her up and go from there. I think I’ll have to give her a good racecourse gallop beforehand because when we took her to the Dubai World Cup meeting, I felt even though we ran well in fourth [in the Dubai Turf], all the ones in front us had had a run. I’m aware of that.”

Saffron Beach was bred by the China Horse Club out of the winning Raven’s Pass mare Falling Petals, herself a daughter of the Listed-placed Maria’s Mon mare Infinite Spirit. With those American influences in her pedigree in mind, the Najd team are hopeful that Saffron Beach will also prove effective on the Riyadh dirt.

“She will go to the Saudi Cup and Inshallah she will win it,” said Saad Al Mishriff. “I think she has good breeding on her dam’s side for the surface – she has a good chance to act on it. The Saudi Cup is the target and after that we’ll see, whether we cover her then or race her on.”

A busy evening for Godolphin featured the purchase of three lots led by the recent Prix de Flore heroine Tranquil Lady on a bid of 2,700,000gns.

Representative Anthony Stroud outbid Michael King of the Australian-based Aquis Farm for the well-related three-year-old, a half-sister to multiple Group 1 winner State Of Rest who was originally a £160,000 Goffs Orby yearling purchase by Richard Ryan on behalf of Teme Valley.

“I thought she was a very nice filly and Joseph O’Brien really recommended her – he’s done a great job with her,” said Stroud. “Physically, she’s a very nice model and you can go two ways: we could keep her in training or she could retire. The decision will be made in due course.

“There’s plenty going on in the family and it’s a family that seems to improve.”

Richard Ryan admitted to having mixed feelings towards the sale but was nevertheless pleased with the result.

“It was a bittersweet situation, really,” he said. “It’s so hard to acquire something at this level, with these credentials – that clean, that sound, and her best year is next year – but we knew there was an incredible desire at this moment and you don’t know how long those windows stay open.

“We were pretty brave to quite a long way ourselves to make sure she wasn’t going to be undersold, and Joseph had a team very keen to try to retain her, but this is a fabulous result. There’s a lot more to come from her.”

“She’s a beautiful mare from a wonderful family nurtured by Mrs Cooper,” said Stroud. “It’s a family we know as we had Glorious Journey. She should be a good fit for Dubawi.

“It’s a privilege to buy one off a breeder who has been in the game for 25 years.” 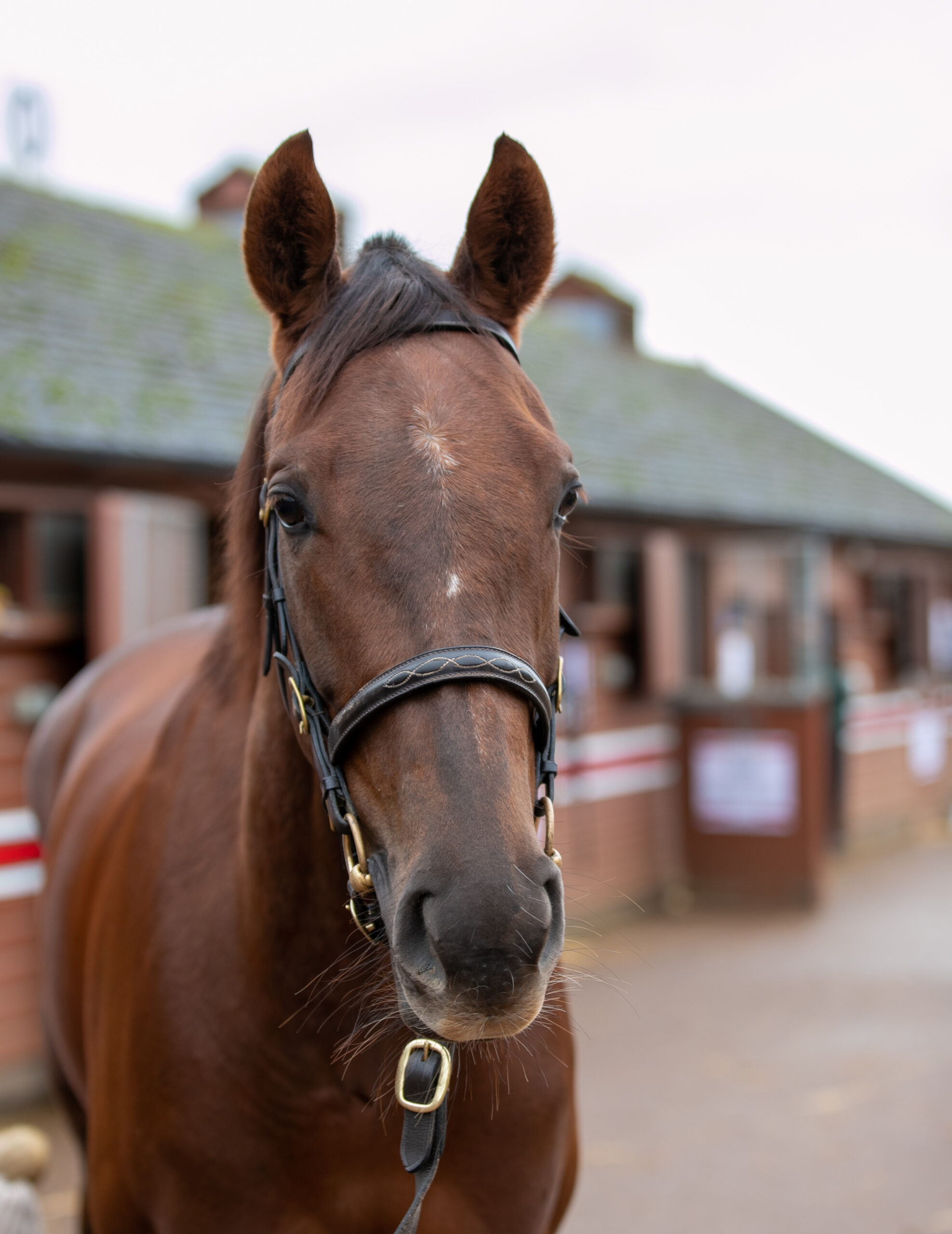 A day on from the session-topping sale of Archangel Gabriel, it was the turn of her talented daughter Ville De Grace to shine, ultimately selling for 2,000,000gns to Lordship Stud.

Trained by Sir Michael Stoute, the filly signed off last season with a win in the Pride Stakes and although she didn’t win this year, ran several creditable races in defeat, notably when just touched off on her seasonal debut in the Dahlia Stakes.

In terms of stud potential, it doesn’t hurt that she possesses something of an outcross pedigree, being by Le Havre and out of a mare by Arch. In addition, her dam is a full or half-sister to the Group/Grade 1 winners Prince Arch and Kingsfort.

“We absolutely loved her,” said Tom Harris of Lordship Stud. “She was probably the pick of the sale for us. We saw her three or four times – she’s very easy to look at! She’s was a very good race filly but also beautiful and athletic.

“She’ll be retired and come back to Lordship. She also has a pedigree that is an outcross so she can go to all the top stallions. As owner-breeders, we’re trying to invest in new blood for the farm and buying a filly like her is part of a long-term plan for us. We’re absolutely over the moon.”

He added: “We loved her dam as well. She’s producing very good foals and it was good to see her sell so well yesterday.”

Of the proven producers, Desert Crown’s dam Desert Berry unsurprisingly took centre stage, in her case when selling for 1,900,000gns to MV Magnier.

Magnier noted that with the mare having already clicked so effectively with Galileo’s son Nathaniel, there are a host of options open to her next season.

“At the end of the day she’s bred a Derby winner and she’s carrying a sibling to the Derby winner,” he said. “The Derby is everything, the most important stallion-making race – the Holy Grail of racing.

“There are a lot of options for her. For instance, she could go to any of the sons of Galileo – perhaps Churchill or Australia. There’s plenty of places that she could go.”

Prix de l’Abbaye heroine The Platinum Queen, meanwhile, could race on for Katsumi Yoshida next season following her sale for 1,400,000gns. The first two-year-old filly to win the all-aged sprint in 44 years, she was also saddled by Richard Fahey to run second against her elders in the Nunthorpe Stakes at York to add to a outstanding season that began for connections following her purchase for 57,000gns from the draft of her breeder Tally-Ho Stud at the Tattersalls Guineas Breeze-Up Sale.

“We haven’t decided what we will do with her yet,” said Northern Farm representative Shingo Hashimoto. “She could stay her and race on or she could go back to Japan. One of our stallions like Lord Kanaloa could suit her.

“She was such a fast horse. She’s one of the best two-year-olds in the world and that was attractive to us.” 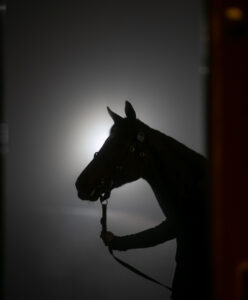