German authorities reported a confirmed case of Glanders in a horse stabled in Osnabruck, Lower Saxony on February 2. Glanders is an infectious disease, which causes acute and chronic forms of upper respiratory, lung and skin disease. Transmission of infection is via contaminated food or water or by close contact with coughing, or by transmission of purulent material horse to horse, or via handler, tack or stable equipment.

Following a Newmarket Stud Farmers’ Association meeting on February 12, representatives from Defra/Animal and Plant Health Agency, the Animal Health Trust, Thoroughbred Breeders’ Association and its two veterinary advisors and the British Horseracing Authority met with managers from the stallion stud farms, several of the local boarding stud farms and many of their veterinary advisors.

Following further blood tests, required to rule out a ‘false positive’ result, the disease was confirmed and euthanasia was performed on December 13, as required by law. Although the horse had appeared symptomless, postmortem examinations revealed some superficial skin lesions, which tested positive for Glanders (Burkholderia mallei) DNA, re-confirming the diagnosis.

The German TBA advises that there is very little contact between show-jumping horses and breeding or thoroughbred horses in Germany. As required by EU law, horses leaving Germany for other EU member states must, for the next six months, have official certification to confirm that they have not been stabled at premises, which have been restricted by the German authorities during their Glanders investigations. 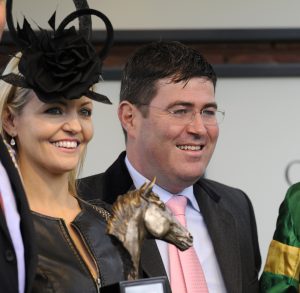