It’s been a challenging week at Royal Ascot for Frankie Dettori with some high-profile runners failing to hit the target, but the Italian maestro showed that class is permanent with a sublime ride on Inspiral in the Group 1 Coronation Stakes, the feature race on Friday’s card.

Cheveley Park Stud’s homebred filly, trained by John and Thady Gosden, was making her seasonal reappearance in the mile contest having looked exceptional in winning all four outings at two, and she appeared a little ring-rusty on her first outing in 252 days, breaking slowly from the stalls as Dettori was forced to ride a waiting race.

Turning for home the daughter of Frankel only had three runners behind her, yet Dettori didn’t panic, steadily picking his way through the pack to put her in a good position behind the leaders, then finding the perfect gap to make his challenge passing the two-marker.

When Inspiral hit the front a furlong from home her turn of foot was electric, rapidly putting daylight between herself and 11 rivals and galloping on powerfully to register a decisive four-and-three-quarter length victory over American raider Spendarella. 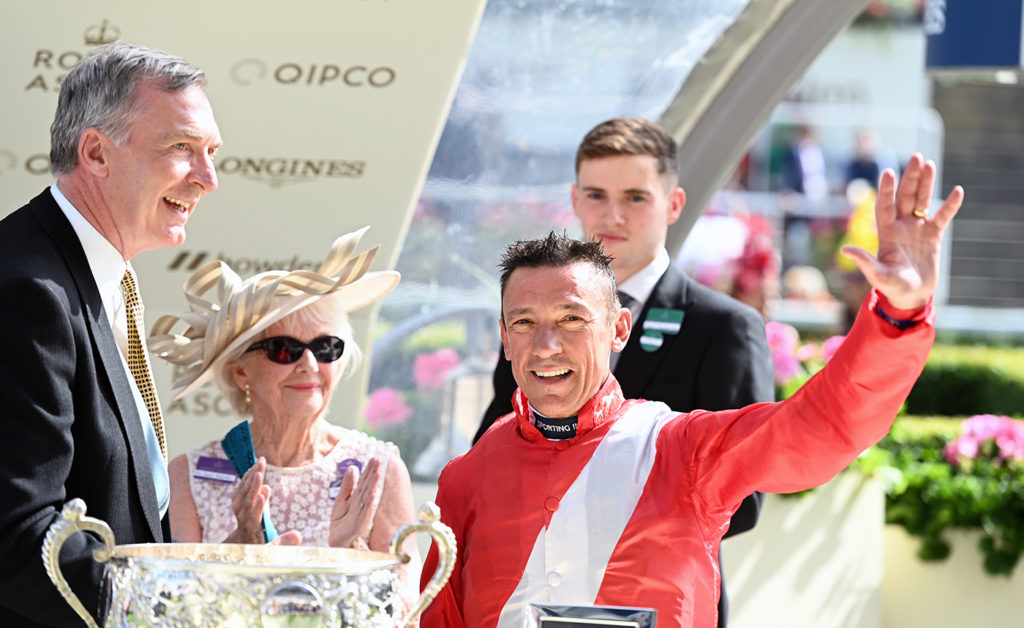 John Gosden said: “What a difference another month has made. [Owners] Mrs Thompson and Richard has been incredibly patient. Obviously, she was favourite for the Guineas but wasn’t quite right. Then we looked at the Irish and French Guineas. She was like a bug that was tight. She wouldn’t blossom for spring and summer. But she showed what she can do when she’s right. I’ll think she’ll go a mile and quarter quite comfortably.”

The Richard Fahey-trained Perfect Power failed to stay the mile in the Guineas behind Coroebus but the son of Ardad showed his true colours returned to six furlongs with a superb triumph in the Group 1 Commonwealth Cup for owner Sheikh Rashid Dalmook Al Maktoum.

Breaking from stall one, Christophe Soumillon settled Perfect Power in mid-division in the far side group led by Go Bears Go, with Gis A Sub heading the nearside runners and Flaming Rib prominent in the middle group.

Mindful of getting boxed in, Soumillon edged Perfect Power out for a clear run with a furlong and a half to run, chased by Ehraz, with Flaming Rib and Flotus battling it out in the middle of the track. Inside the final furlong it was clear that Perfect Power had the overall lead and he ran on strongly to defeat Flaming Rib by a length and a quarter, with Flotus half a length back in third. 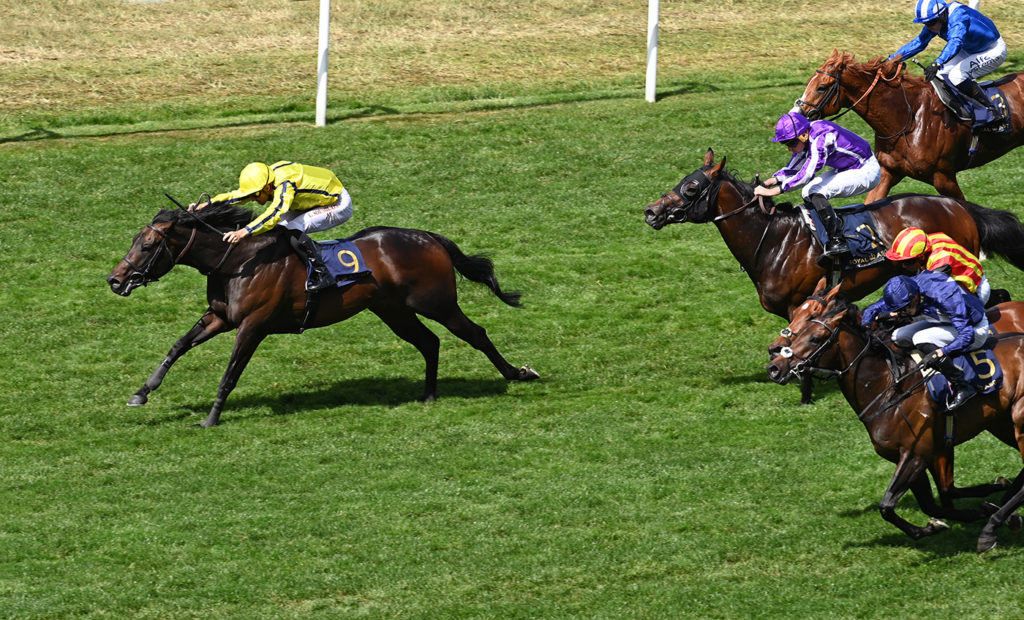 Soumillon said: “It’s great. I think the track was a bit fast for him and with the draw I didn’t have another choice. When I looked around at the two-furlong marker I had around six or seven lengths to make up. I think he can be much better on softer ground.

“We tried to give him a little bit more stamina for the Guineas but now we know he is a top sprinter. He is a six- to seven-furlong horse. He has such a big heart. I didn’t think he would be able to quicken a second time. He is probably the best two-year-old I have ridden with that speed and I hope this is just the first Group 1 for him this year.”

The opening contest on day four, the Group 3 Albany Stakes (6f), saw the first two in the betting battle it out as the Aidan O’Brien-trained Meditate and Ryan Moore got the better of Saeed bin Suroor’s filly Mawj under Ray Dawson for the Coolmore partners and Westerberg.

Those connections doubled up later in the day as Ryan Moore produced another five-star ride for the Aidan O’Brien stable by making every yard of the running on Changingoftheguard in the Group 2 King Edward VII Stakes (1m4f).

It would have been a different story if Grand Alliance had charted a straighter course under Danny Tudhope but he hung markedly left across the track in the run for home, handing the initiative to Changingoftheguard, who scored by a short-head.

William Haggas is enjoying an excellent season and he hit the bullseye in the Duke Of Edinburgh Handicap (1m4f) courtesy of Barnane Stud’s Candleford under Tom Marquand.

Heredia, trained by Richard Hannon for St Albans Bloodstock, extended her unbeaten record which now stretches to four races after victory in the Sandringham Handicap (1m) under Sean Levey.

The closing contest, the Palace Of Holyrood House Handicap (5f), went to the Harry Eustace-trained Latin Lover under Hayley Turner for owners Candour House and Partner. 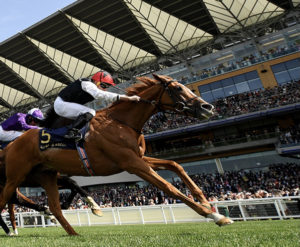 Up Next
Gold Cup glory for Kyprios and Ryan Moore