State Of Rest strikes in Prince Of Wales’s Stakes
Stories

A terrific finish to the Group 1 Gold Cup at Royal Ascot on Thursday saw favourite Kyprios edge our Mojo Star with three-time hero Stradivarius an honourable third on his final appearance at the royal meeting.

The pace was far from breakneck in the 2m4f contest as reformed jumper Earlofthecotswalds and Liam Keniry led the nine runners, tracked by Tashkhan and Bubble Smart.

Turning for home the field was still tightly packed, with Mojo Star and Rossa Ryan making their bid for glory down the outside, followed by Kyprios and Ryan Moore, while Frankie Dettori had to switch Stradivarius widest of all to deliver his challenge.

Mojo Star hit the front inside the final furlong, but Kyprios was fighting hard on his inside and under the Moore drive assumed control inside the distance, staying on well to score by half a length, with Stradivarius three-quarters of a length away in third.

For Aidan O’Brien, the most successful trainer in the history of the Gold Cup, it was an eighth victory thanks to Kyprios, owned by Moyglare Stud, John Magnier, Michael Tabor, Derrick Smith and Westerberg. 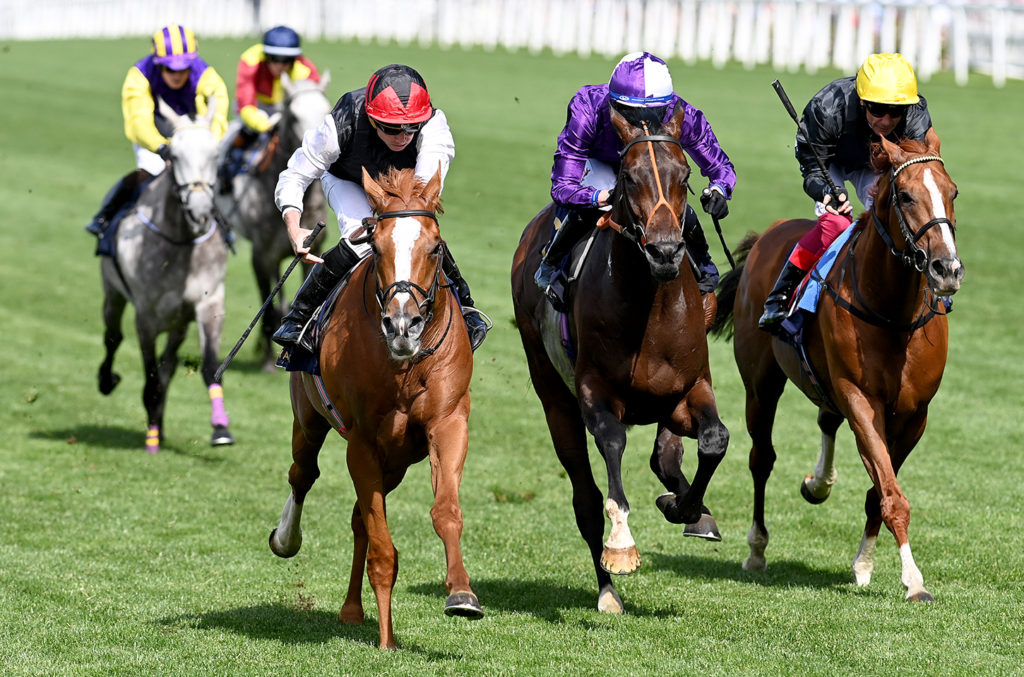 Kyprios and Ryan Moore (left) get the better of Mojo Star and Stradivarius in the Gold Cup | Photo: Bill Selwyn

O’Brien said: “Ryan gave him a brilliant ride. He saved him, held him, and controlled the race. I’m delighted for everyone involved. He’s a very brave horse.

“We thought he would be a Gold Cup horse last year. We took him here for the three-year-old staying race and he got a fright, came out underneath the stalls and badly bruised his back, and he didn’t get to race any more. He missed the Leger and it was always the plan to train with this race in mind with two prep races.

“Everything went great and we think he’s a horse that is going to come forward. It’s great when the good horses turn up and it makes it even more enjoyable.”

Ryan Moore later doubled up when partnering Juddmonte’s Thesis to success in the Britannia Handicap (1m), seeing off the Queen’s runner Saga by a head to provide a first Royal Ascot victory for the father-and-son training team of Harry and Roger Charlton.

A good battle to the Group 2 Ribblesdale Stakes (1m4f) saw the Jessica Harrington-trained Magical Lagoon prevail under a power-packed ride by Shane Foley.

Sea Silk Road looked to have been delivered with a perfectly timed challenge by Tom Marquand with a furlong to run but Magical Lagoon battled back to edge ahead near the line and take the spoils by half a length.

“I’m just so grateful to everybody and I said to my wife earlier in the week, if ever I’m to have a [Royal] Ascot winner it might be this week.

“Mrs Harrington – what a trainer, what a woman! Gold Cups, Champion Hurdles, Royal Ascot, it doesn’t matter. And a big mention to my owner Mr Zhang – he’s supported me for a long time and I’m so happy to repay him with a good winner.

“Magical Lagoon stays really well and she only goes through the motions. I’m over the moon. This filly responds really well for pressure. The day she won at the Curragh she was the same. She really fights for you and digs deep.”

Adam Kirby dictated the pace on the son of New Bay and held a clear advantage until favourite Reach For The Moon loomed up in the straight under Frankie Dettori, looking to give the Queen a first winner of the week.

Yet Kirby had kept a little up his sleeve and Claymore responded to his rider’s urgings to restore his advantage and gain the day by a length and three-quarters.

Day three of Royal Ascot started with a huge upset as 50-1 chance The Ridler survived a stewards’ enquiry to take the Group 2 Norfolk Stakes (5f) under Paul Hanagan, riding for trainer Richard Fahey despite no longer being first-choice rider at Musley Bank. 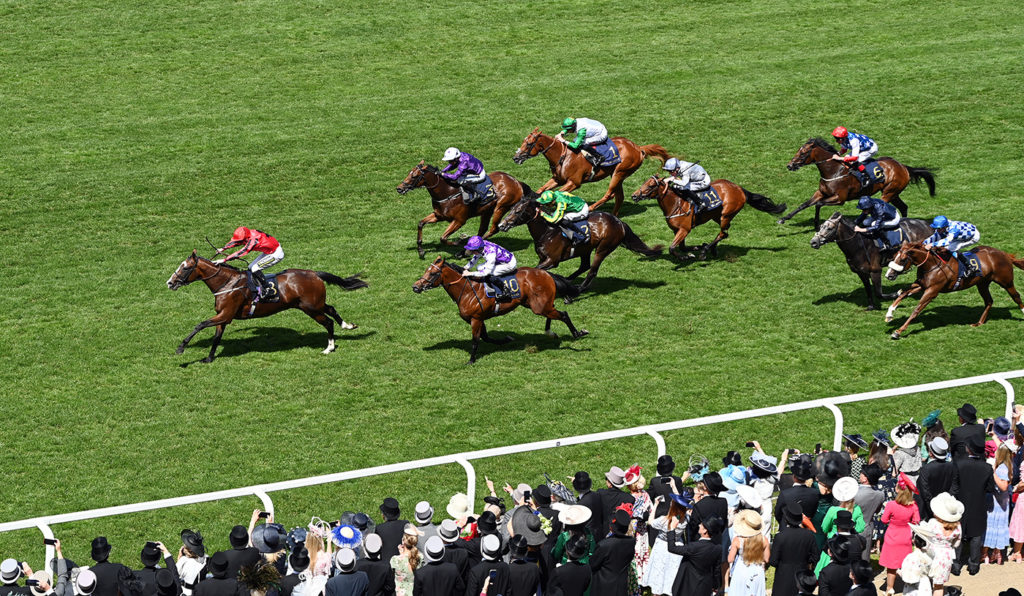 The Ridler and Paul Hanagan cause a 50-1 upset in the Norfolk Stakes | Photo: Bill Selwyn

As The Ridler was produced with his challenge at the furlong marker, he started to drift markedly to his left, impeding Crispy Cat and Brave Nation, with Hanagan using his stick in the ‘wrong’ hand, only putting it down once the interference had taken place.

The winning distance was a length and three-quarters and under the current Rules of Racing in Britain, the stewards’ hands were effectively tied in terms of changing the result, much to the delight of winning owner Steve Bradley.

William Buick bagged another winner for the week when guiding Godolphin’s three-year-old Secret State to victory in the King George V Handicap (1m4f) for the Charlie Appleby stable. 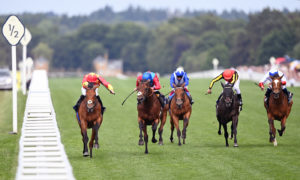