Frankel set to gallop at Newmarket

Frankel and Bullet Train working at home on the Al Bahathri

Last year, Frankel lit up QIPCO 2,000 Guineas day with his scintillating victory in the Classic. This year he may not be entered in any of the races on the card but he is still likely to take a starring role as he and his three-parts brother Bullet Train undergo a racecourse gallop at 12.55pm.

The siblings will arrive at the Rowley Mile at 12.30pm in company with another Sir Henry Cecil trainee Jet Away before heading out on to the course to continue Frankel’s build-up to his seasonal reappearance in the Lockinge Stakes at Newbury on Saturday, May 19.

The 2,000 Guineas is the first race of the British Champions’ Series, which is now entering its second year. The QIPCO-backed competition features five categories – sprint, mile, middle-distance, long-distance, and fillies and mares. Frankel won the inaugural mile division and was the overall top-scoring horse with his four Champions’ Series victories coming in the 2,000 Guineas, St James’ Palace Stakes, Sussex Stakes and Queen Elizabeth II Stakes. 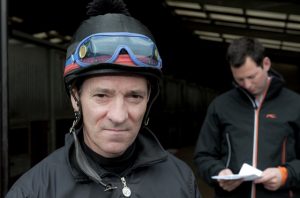 Up Next
Further to fly