Michael Hills could be excused for feeling out on a limb when the Flat turf season opened for business. For the first time he was obliged to confront it without a pair of regular props. His father, Barry, retired from training in August, by which time Hills knew that his twin, Richard, was planning to stand down from the saddle.

Their absence represents the passing of an era in one of the longest-running soap operas in racing. But the show goes on. Hills himself is looking forward to fresh storylines in which he teams up with younger brother Charlie to carry the plot forward. In Coronation Street parlance he is the son of Ken Barlow, who has been ever-present on the soap since it was first broadcast in 1960.

At that time Barry had just become travelling head lad to trainer John Oxley. And just as ‘The Street’ would change beyond recognition over the next 50 years, the Hills’ family fortunes would follow a similar path.

Michael’s role to date requires little imaginative intervention from scriptwriters. More precocious than Richard, his junior by ten minutes, he flew the coop as a teenager before returning to ride for Barry during his Manton tenure – and was unceremoniously sacked. After seven years in Newmarket he returned to the family embrace a more mature rider, and has been there every since.

It has been a long and emotional journey for the jockey who became the weighing room’s senior inhabitant on Philip Robinson’s retirement last October. “I rode in January and when I walked into the place I didn’t recognise half of the jockeys,” the 49-year-old says. “I also felt very small; many of the younger boys today are so tall.”

It wasn’t the only difference. “It felt really weird when Richard told me last summer he would be standing down unless a really good two-year-old came along,” he reflects.

It felt really weird when Richard told me he was standing down; we’ve always been close

“We’re twins, obviously, and have always been close, but then I started thinking about it. We both had our first rides on the same day (in 1979), when we were 16. Richard went to Windsor and I went to Nottingham. [Former trainer] Charlie Nelson put us up because dad wouldn’t give either of us a ride. He said we were too light.”

The outcome to their respective public debuts was an accurate reflection of their saddle acumen, since Michael was seen as the better prospect. He won aboard Sky Chief, whereas Richard finished unplaced.

“I asked Richard how it went for him and he said he’d been smacked in the face by a big clump of turf,” Michael says. “He didn’t really enjoy it, whereas I just pulled mine out and we sailed past Bryn Crossley. It was magic.”

Their respective career paths unfolded along those lines. Michael was first off the mark, he became champion apprentice in 1983 and rode his first Group 1 winner on Huntingdale fully five years before Richard reached the milestone aboard Ashal in the 1990 Gold Cup at Ascot. 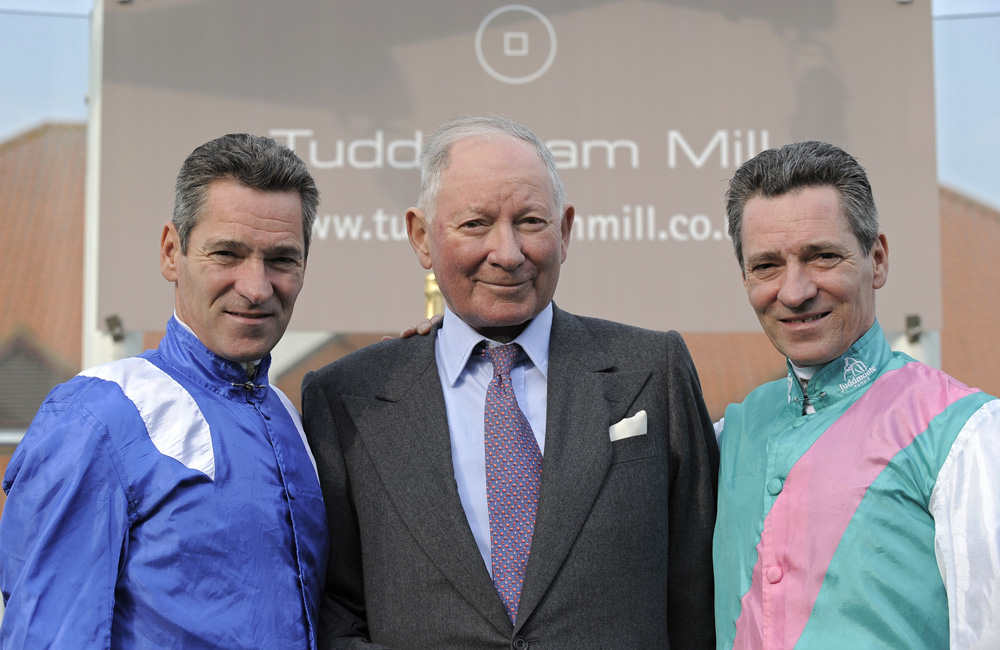 Huntingdale’s Dewhurst triumph came at a time when the boys had just completed their apprenticeships at different Newmarket stables. Michael was with Jeremy Hindley and Richard with Ashal’s trainer, Tom Jones.

These identical twins have “stood in” for each other on numerous occasions, notably when Richard collected Michael’s trophy after the latter won the Prix de l’Abbaye at Longchamp in 1988. But Michael won’t forget the experience when he swapped with Richard for evening stables at Jones’s Newmarket yard, which was run along military lines.

“Basically, there was a pretty girl working at Tom’s,” Michael remembers. “I went there with the plan to ask her for help in doing the horses and I couldn’t believe the amount of work involved. I had to tie the straw at the front of the box into a twist and lay out all the grooming kit in a line.

“There was even an empty matchbox into which I had to tap out the dust from my curry-comb to show that I’d groomed the horse properly. Well, Tom took one look at me and said, ‘We have a ringer in here today, don’t we?’ It was very different with Jerermy [Hindley]. He didn’t even notice that Richard went in my place.”

Their paths diverged soon after. Richard continued to make his way with Jones but to Michael befell the challenge of riding for his father on Hindley’s retirement, which coincided with Barry moving to the lavish Manton establishment Robert Sangster renovated at great cost. It was not a happy time.

“Dad was under presure to come up with a big horse so he could stay at Manton,” Hills relates. “We had some nice winners but when the big one didn’t come along the jockey got the blame.”

What followed was the making of him. He spent seven years riding freelance for a range of Newmarket trainers, mainly Michael Bell, William Haggas and Geoff Wragg. In that time he won 29 Pattern races, ten of them Group 1s, yet his signature season came in 1996 when he won the Derby on Shaamit and the King George VI and Queen Elizabeth Stakes aboard Pentire.

Although no jockey ever forgets winning the Derby, the day started badly for Hills. An overnight thunderstorm caused a power-cut that silenced his alarm clock. That saw him miss first lot at Haggas’s, when the trainer was working his Royal Ascot horses.

Nor did he make it to Haggas’s for second lot. In between he was dropped before the start of a seven-furlong gallop by one of Wragg’s and had to walk back. Haggas was furious. “He never forgave me for it even though I rode him the Derby winner that afternoon,” Hills says with a rueful smile.

It that moment Hills realised the dream of every jockey. Together with Ryan Moore and Martin Dywer, he is one of just three active English riders to have won the blue riband. “The rest of the day passed in a haze,” he says. “Even though I was absolutely knackered Pat Eddery told me I wouldn’t sleep that night – and he was right.”

There wasn’t much time for the Hills/Haggas axis to savour victory before jockey had to tell trainer he would forsake Shaamit in the King George for his regular seat aboard the Wragg-trained Pentire.

“Geoff had been very loyal to me,” Hills says. “We thought Pentire was a good thing, but winning that King George was different from the Derby. Epsom was pure joy but at Ascot it was more relief at getting the job done.”

For all their obvious merit, neither of these twin peaks represent the jockey’s career highlight. That accolade belongs to Further Flight, on whom Hills won five successive Jockey Club Cups, the last of them in 1995.

“When you wanted him, he was so aggressive in a finish,” the jockey relates. “His ears would go flat back and you could feel him locking onto another horse. You had to love him for it.”

That love went unreciprocated when Hills took Further Flight into his Newmarket home on the horse’s retirement. “He just wouldn’t come near me,” he recalls. “Every time he saw me coming in the paddock he would walk away. It was quite upsetting. I just wanted to give the old boy a pat.” 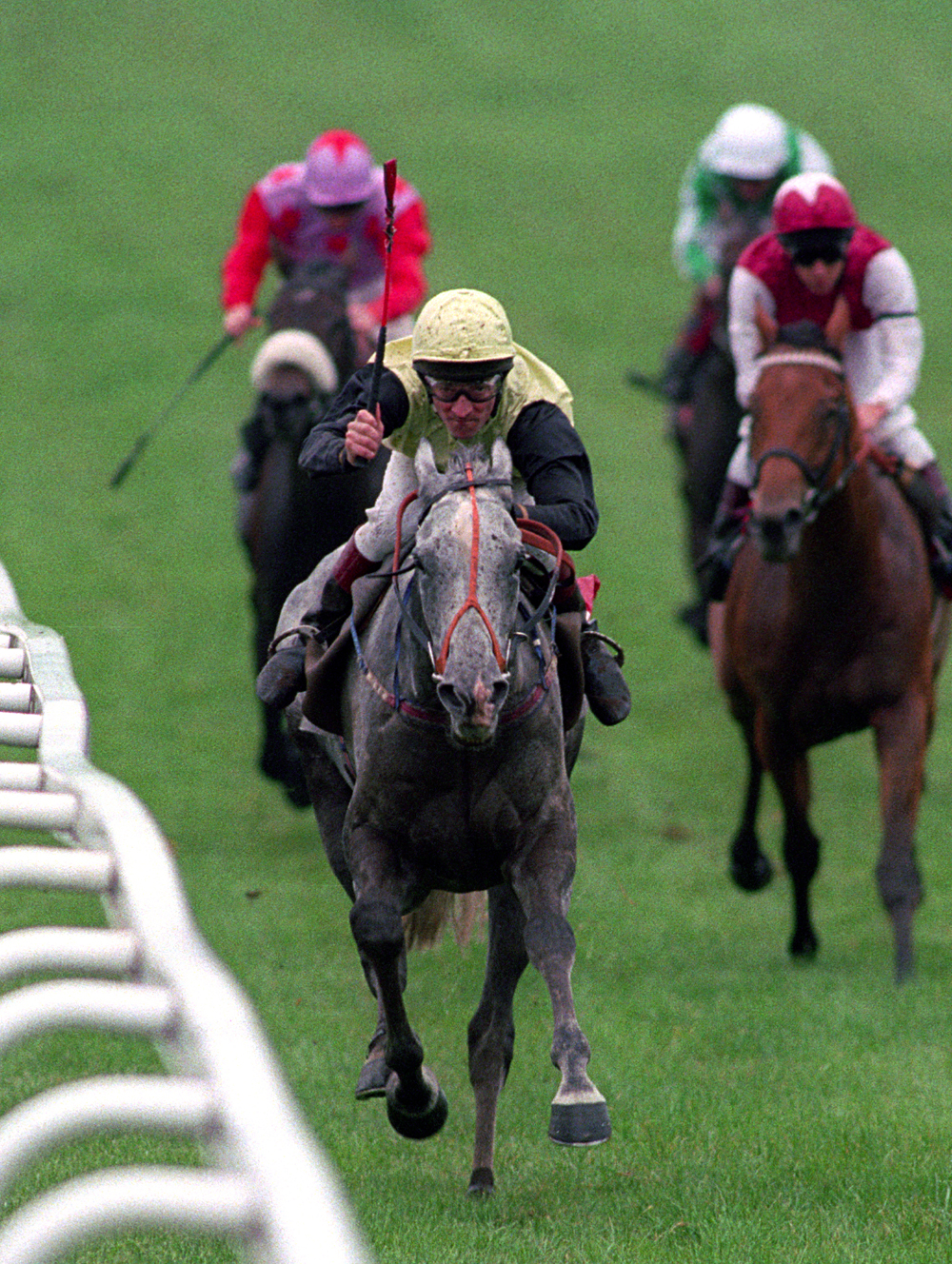 Further Flight proved the conduit for a return to the family fold. Doubtless hurt by the Manton eipsode, when his hands were almost certainly tied, his father had solicited a reunion for a while. By the time Michael agreed he was more than ready for the position’s demanding requirements.

“Dad was very aggressive, very ambitious, and very verbal with it,” Hills says. “The bark is loud and he forgives quickly, but he must always make his point. He’d give you a bollocking and five minutes later he’d give you another one to put it right.

“That really upset me in my first stint. I used to take it home, but I’d been out on my own and proved myself since then. I was riding like a mature jockey, not a kid, and I’d also learnt how to stand up for myself.

“But the bottom line with dad is that I’m so proud to be his son. He came from nothing. He was a travelling head lad and built up this massive place. We are all really trying to match what he has done.”

The father and son alliance blossomed to the extent that Hills enters the twilight of his riding career with an impressive big-race haul. He has registered 146 Pattern race triumphs and is within one good season of reaching 2,000 career winners.

He has one eye on opportunity in his post-riding days but his heart remains set. He does not feel like the elder statesman even though his regular place in the weighing room is closest to the exit.

“You can imagine how many times I was asked about retirement when I rode at the Dubai World Cup,” he says of the night when Richard drew stumps on his own career. “I’m still really enjoying it, my weight is good and so is my fitness. I’m going to take it year by year.”

In the meantime, the weighing room remains his second home. Its occupants may change but the buzz has been a constant. “In the beginning there were guys like Lester Piggott, Willie Carson, Steve Cauthen, Pat Eddery and Greville Starkey – they could have held their own in any era,” he says.

“But these days, the tier below the top jockeys is much stronger than it was because there is more scrutiny. There will always be practical jokers and the place is never quiet when Frankie [Dettori] is around. He is either screaming because he’s winning or screaming because he’s losing. That has never changed. I’ll miss it for sure, but I’m not ready to give it up yet.” 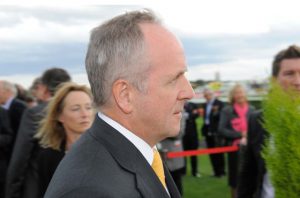 Up Next
Breeding to run