Stakes double for the Rothschilds
Stories

The French racing authorities will not hold an enquiry into this year’s Grand Steeple-Chase de Paris, despite almost a third of the field departing at a single fence in the country’s top jumps race.

The obstacle in question is the 1.6 metre high and 4m wide ‘Rail Ditch and Fence’, which lived up to its fearsome reputation when taking out six horses, including the top three favourites, in the Auteuil contest on May 20.

Henri Pouret, France Galop’s Director of Racing, said: “We have received no adverse comments from trainers or jockeys, or anyone else, concerning this obstacle following the race and all six horses and jockeys that fell were uninjured.

“It should be pointed out the Rail Ditch and Fence is used in 14 other races during the year apart from the Grand Steeple. There are no plans to hold any kind of enquiry and the obstacle will remain unchanged.”

Nicknamed the ‘Juge de Paix’ or ‘Justice Of The Peace’, this obstacle is the fifth last and comes after three miles have already been covered in the £320,000-to-the-winner stamina test.

Ruby Walsh’s mount, the 2009 winner Remember Rose, was the first to go while disputing the lead. He was swiftly followed by Rubi Ball, Rhialco, Net Lovely, Quart Monde and Peldero, who all fell independently.

Given its extreme distance (3m5f) and regular small field (this year’s 19-runner field was unusual) the Grand Steeple is a real feat of endurance that often has few finishers.

The French press were also unmoved by the sight of so many of the nation’s most famous chasers hitting the deck at the same point.

Paris Turf observed dryly that “all the horses came back safe and unharmed” while Emmanuel Clayeux, trainer of the strongly-fancied pair of Net Lovely and Rhialco, remained stoic. “This is the harsh law of jump racing; too bad but we will try again,” he said. 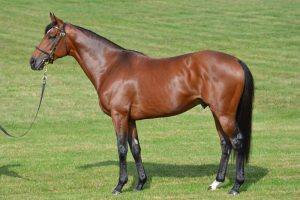 Up Next
Stakes double for the Rothschilds