Stakes double for the Rothschilds 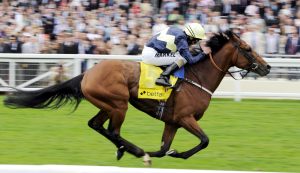 Lady Rothschild has the return of her King George winner Nathaniel to look forward to in Saturday’s Eclipse Stakes but she also enjoyed a stakes double last weekend courtesy of Polygon and Thistle Bird. The four-year-old fillies each landed a Listed contest, the Fred Archer Stakes at Newmarket and the Midsummer Stakes at Windsor, on Saturday.

Polygon, who is a stable-mate of Nathaniel, was sent off an unconsidered 33/1 in the seven-runner mile-and-a-half contest but she continued the fine run of John Gosden’s stable when seeing off hot favourite Dandino to record her first stakes victory. Group 3-placed last year and now a Listed winner, she may step up in class again, with a possible future engagement being next month’s Yorkshire Oaks.

Gosden has a noteworthy record with the offspring of her sire Dynaformer, who died earlier this year, having also trained St Leger winner Lucarno, his full-brother Thought Worthy, and the dual Group 1-winning filly Rainbow View. Out of the Polish Patriot mare Polaire, who won the Group 2 Pretty Polly Stakes in Ireland before being sold to race in America, Polygon was bred by Carwell Equities Ltd, who also bred and raced the Gosden-trained Chester Vase placegetter Pampas Cat, a half-brother to Lady Rothschild’s Breeders’ Cup Juvenile Turf winner Pounced.

Roger Charlton is the trainer of Thistle Bird, who was bred by Lord Rothschild from his Marchand de Sable mare Dolma and is by the Lanwades Stud veteran Selkirk. A winner twice last year over a mile, her Midsummer Stakes victory over Coupe De Ville, who was fifth in the 2,000 Guineas in May, provided a first taste of valuable black type. 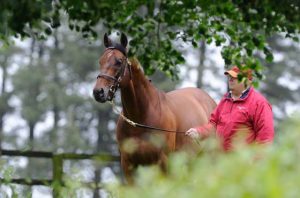 Up Next
First-season sire race hots up