People making good in business as a means of funding racehorse ownership would not be uncommon, but starting out as a stable lad is much more unusual.

That, however, was the case for James Callow, proud owner of recent Northumberland Plate winner Nicholas T, who from 1968 to 1972 cut his teeth in a way that would stand him in very good stead a quarter of a century later.

“I worked in racing from when I was about 19 to 23,” he says. “I was a stable lad. I had a few rides as a conditional in National Hunt yards, and worked for Les Kennard, and in Ireland for Aubrey Brabazon, who as a jockey won three Cheltenham Gold Cups and two Champion Hurdles. I also worked in France for a year.”

Callow subsequently turned his energies to making it in the world of business, and by 1997 was in a position to own racehorses, not just ride them.

“Our first horse was with Gordon Richards, called Pile Driver – unfortunately he was not as good as the one running now!” he says.

The ‘Pile’ was a nod to Callow’s piling contractor business Taranto – the horses advertised the company by running under the ownership name of Taranto De Pol, with another being eight-time winner Toby, who provided a link from Gordon Richards to his son and successor Nicky, running first for Richards snr until his death in 1998.

“I was a stable lad. I had a few rides as a conditional in National Hunt yards, and worked for Les Kennard, and in Ireland for Aubrey Brabazon”

Asked to tot up how many horses he has owned, either outright or in partnerships or syndicates, down the years, Callow admits the exercise “got quite frightening!”

“I’m a bit worried my wife might read this, but I would say 60 to 70,” he continues. “Quite a lot have been on my own, though a number have also been in partnership, and I also ran a couple of syndicates, for a maximum of eight people.

“One of the horses we had in a syndicate was Direct Access, who ran in the Grand National but was pulled up at the 19th, while there was also That’s Rhythm, who also ran in the National but fell.”

One of Callow’s ownership partners was Douglas Pryde, of Auroras Encore fame, and the two shared horses including with trainers David Barron and Jim Goldie.

Nicholas T’s handler Goldie is the owner’s main trainer nowadays, with the focus increasingly on the Flat, though Callow is not exactly local to his base in Uplawmoor in East Renfrewshire, as he lives around six miles from Penrith.

Having previously lived in Ireland, he has also supported Ian Duncan and James Lambe, while in France he has deployed Antoine de Watrigant. 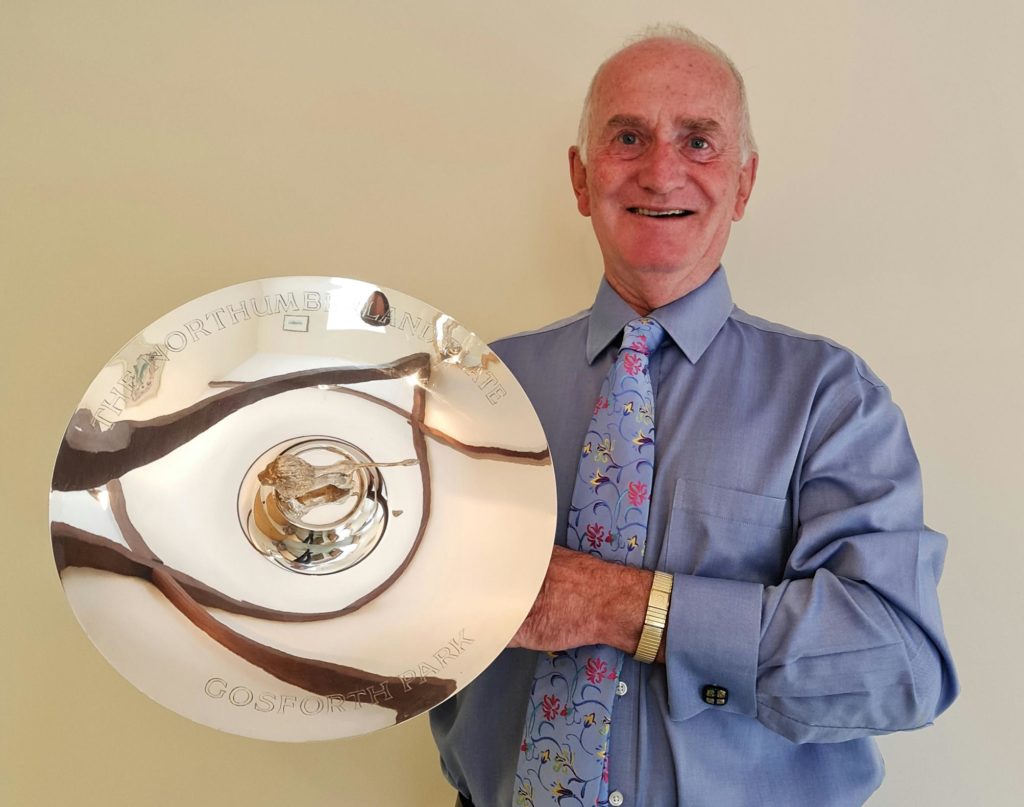 Callow also likes to show his support for his horses. Asked if he was at Newcastle on Plate day, he replies quickly: “Of course I was! I don’t miss many days when they’re running and make the effort to go and see them, see how they’re looking and support them. Only a family commitment would keep me away. That was a great day, and there have been plenty of others too.

“He was 33-1 so it was a nice surprise, albeit we were actually expecting him to run well. He’d won at York the time before, though he’d had to really to get in the Plate. As a youngster he was difficult, and he still is to some extent; it’s not that he doesn’t like stalls, it’s just he mucks around before consenting to go in.

“Jim and his staff do a great job with him, they keep him mentally sound, and Ben Robinson got him settled at Newcastle and rode him exactly as he was asked to.”

Nine-year-old Nicholas T, affectionately known as Bruce in the stable, as in Bruce Lee, after his rearing-up antics before and after he won his maiden at Ayr in 2016 – he didn’t race until he was four – dropped in trip to contest last month’s John Smith’s Cup at York, where he finished in the ruck, though not beaten that far.

On other magical moments, Callow continues: “We’ve always done quite well with cast-offs and one such was Silk Hall, who came from Alan King’s and we had a lot of fun with him. He won at the Curragh and Galway, and also won the Grimes Hurdle.

“Billy Dane was bought to go jumping out of Richard Fahey’s but we took him back on the Flat after one run and he won his next two. He was with Barry Murtagh and we had some super fun.

“Natal was an ex-Paul Nicholls, and he was great fun. He repaid his purchase price on his very first run for us when winning at the Galway Festival – you can’t buy brilliant days like that.

“He was 33-1 so it was a nice surprise, albeit we were actually expecting him to run well”

“There was also Bygones Of Brid, who was with Karen McLintock. He won nine times and ran in the Champion Hurdle; you don’t get many chances to do that.”

Being an owner gives you a chance to meet like-minded people and travel, often far and wide, two aspects of ownership that Callow, who currently has half a dozen racehorses, really enjoys.

“I have met some lovely people through being an owner – jockeys and trainers as well as fellow owners,” he says. “I’ve travelled to France and have been to not far off all racecourses in Ireland and Britain.

“One thing I would say to any aspiring owner is to spread your risk. Have shares in two horses rather than owning one outright. Also, to really enjoy the good days and make the most of them. They’re special because they don’t come along that often.”

Callow has been retired for more than 15 years now, having sold his business in 2005, and has lived in Britain since 2014 after moving from Ireland. He still rides out, and “fiddles around with horses at home”, a particular comfort during the Covid-19 pandemic.

“It’s kept me sane,” he admits. “Last summer we had five two-year-olds and three-year-olds here and getting them going was a great thing to be able to do during the height of lockdown. None of the five have done any good yet, but I’ve hopes that at least one of them will!”

Sanity, hope, enjoyment and memories. There’s a lot to be said for owning a racehorse, or 70! 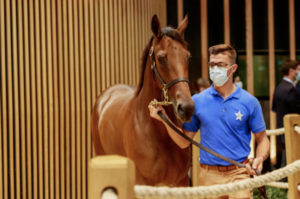 Up Next
Solid Arqana August Sale turns over €40 million