Winners to be announced during an online ceremony on February 21

The 18 finalists for the 2022 Godolphin Stud & Stable Staff Awards have been confirmed.

Hundreds of nominations from across the racing and breeding industry were whittled down to shortlists of ten prior to the festive period, with the final three now confirmed for each category as the judging day and ceremony approaches.

The judging day will take place on Monday, February 21 before the winners are announced during an online ceremony on the same date, which will be broadcast live on Racing TV.

Sponsored by Godolphin and run by the British Horseracing Authority in association with the Racing Post and Racing TV, the 2022 awards will carry prize-money totalling £128,500, with as much as £30,000 available to a single yard or stud.

The 2022 judging panel will be chaired by broadcaster Nick Luck, who did so for the first time in 2021 having taken over from Brough Scott. As is traditional, the panel will feature the previous year’s Employee of the Year, Beck Edmunds.

The finalists and their employers are: 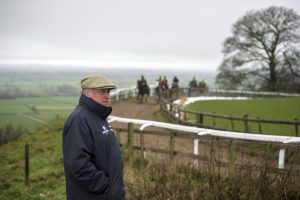 Up Next
Challow produces Star performance