Winners to receive a combined total of £120,000 at London ceremony on February 25

Racing yards and stud farms from all over Britain will be represented at the tenth annual Godolphin Stud and Stable Staff Awards following the announcement of the three finalists in each of five categories. The winners will be named at a prestigious awards dinner at the Jumeirah Carlton Tower Hotel in London on Tuesday, February 25.

The recipient of the overall Employee of the Year award, who will receive £15,000 with the same amount also being awarded to the winner’s yard or stud, will be decided by the judges from amongst the winners of the Leadership, Rider Groom, Stud Staff and Dedication to Racing categories, which will be announced by host Clare Balding during the awards ceremony.

With a total of £120,000 in prize-money on offer, the winners of the Leadership, Rider Groom, Stud Staff and Dedication to Racing categories will receive a prize of £5,000 with an additional £5,000 also being awarded to the winner’s yard or stud. The two runners-up in these categories will win £2,000 each, with the same amount going to their year or stud.

The winner of the Administration Staff Award, who has already been selected by the judges and is invited to attend the awards ceremony in London along with the other finalists,   will receive £5,000, with the same amount going to their yard or stud. 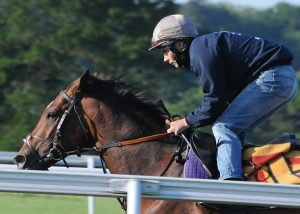 Up Next
Midday foals a Frankel filly