Tattersalls smashed through the 200 million guineas barrier for the year by combined yearling turnover on Monday courtesy of its final yearling auction of the year, the December Yearling Sale.

A well-related daughter of Sea The Stars led the way when knocked down for 260,000gns to Alex Elliott. The agent was acting on behalf of Valmont for the filly, who was bred by Airlie Stud and a sister to Australian Group 1 winner Fifty Stars as well as the Grade 1-winning hurdler Whiskey Sour.

“She’ll go to Ralph Beckett for Valmont,” said Elliott of the filly sold through Whatton Manor Stud. “She’s a Book 1 filly, she missed that sale due to a slight injury, so she was a Book 1 filly in December.

“We already have a good Sea The Stars filly this year called Trust The Stars who won a Newmarket maiden and will hopefully be an Oaks type filly. This filly also has the midde-distance, three-year-old profile that we’re looking for – a Classic type of horse.”

He added: “She comes from Airlie Stud and they’re fantastic breeders. I love trying to buy off Airlie, they’re very organic and they have such great results. The mare has a Sea The Stars foal, is in foal to Sea The Stars and is going back to Sea The Stars, so there’s a lot happening in the family. The filly has an awful lot going for her.” 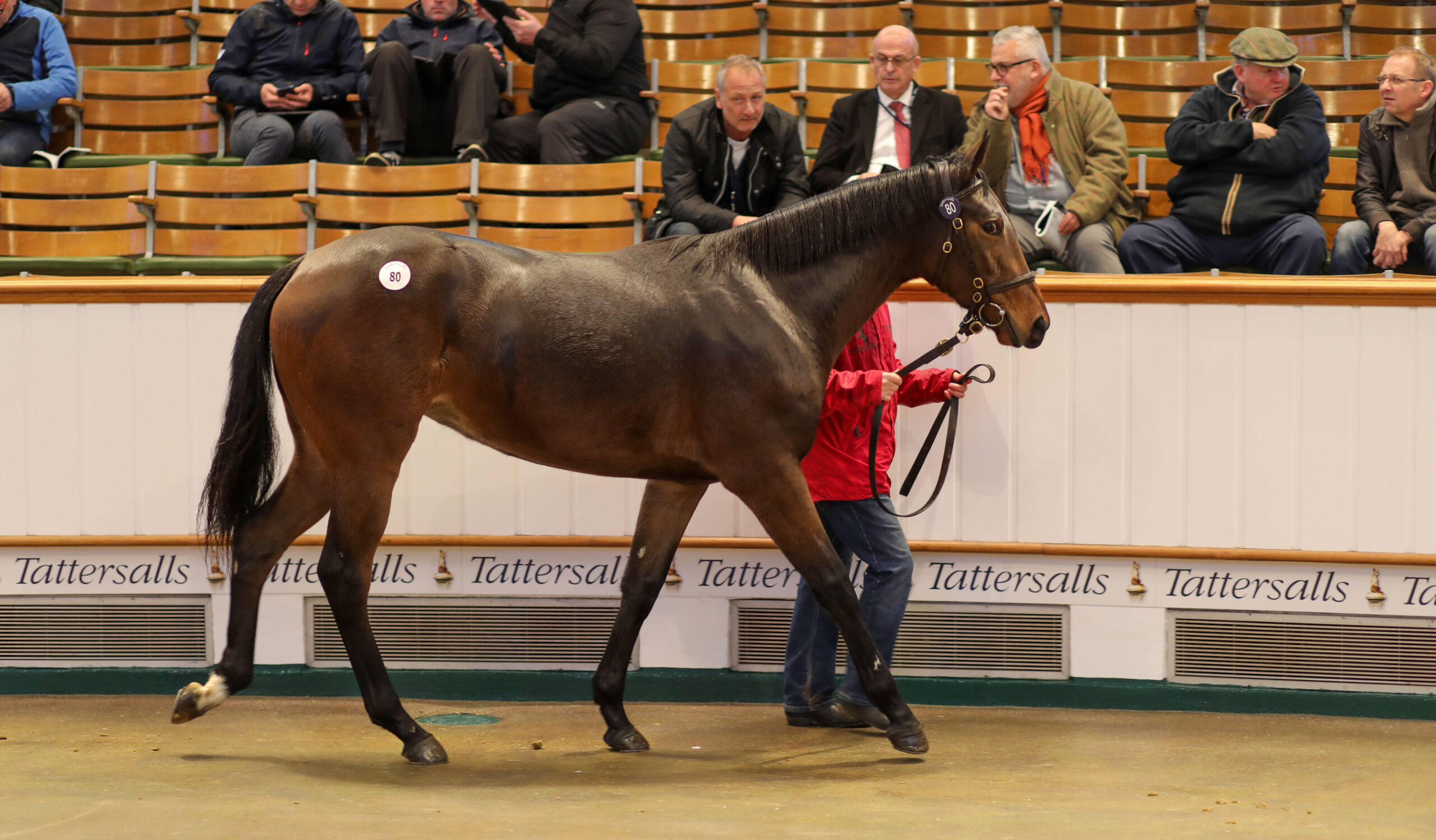 Alex Elliott signed at 270,000gns for the sale-topper, this daughter of Sea The Stars. Photo – Tattersalls

A busy day for the breeze-up community included the sale of a Dubawi colt out of a much-depleted Shadwell draft for 180,000gns to Yeomanstown Stud.

The sole lot by his leading sire catalogued, the colt is a half-brother to Australian Group 2 winner Turaath and out of Fadhayyil, who was trained by Barry Hills to win the Listed City Of York Stakes.

“We bought him to breeze,” said Yeomanstown’s David O’Callaghan. “We thought he looked very fast-looking. Obviously he’s by a top stallion and out of a very good mare and we don’t get too many opportunities to buy this type, so we said if he didn’t make a silly price we’d step in. Thankfully he fell just within our range.

“I haven’t breezed one by Dubawi before but he looks quick so let’s hope he goes okay.”

Fresh from spending north of €5 million on breeding stock at last week’s Goffs November Sale, Michael Donohoe of the BBA Ireland and Zhang Yuesheng’s Yulong Investments were quick to delve back in yesterday morning when going to 155,000gns for the sixth lot into the ring.

A son of No Nay Never offered through The Castlebridge Consignment, he is the first foal of Lady Corsica, a Galileo sister to Group 1 winner Deauville.

“I had previously bought the dam for client Michael Enright so I know all about her and I bought her in-foal carrying this colt,” said Donohoe. “I had seen him as a foal and as yearling, he was entered in Book 1 but was going through a growing stage then and was withdrawn.

“I told Mr Zhang about him and when he saw him this morning he liked him so he said we’d have a go.

“He’ll go to Karl Burke – we think he is nice horse and joins a couple we already have with Karl.”

The decision to bypass Book 1 also worked in favour of another colt from The Castlebridge Consignment, a son of Lope De Vega for whom Mark McStay of Avenue Bloodstock signed at 150,000gns.

A half-brother to Group 3 winner Azano, the colt is out of Azanara, a half-sister to Prix Ganay winner Astarabad as well as Listed scorer Asmara, the dam of champion Azamour.

“He’s a very nice colt, by a proven sire out of a proven mare, which is a big plus in my book,” said McStay. “Dick O’Gorman, who kindly assists me shortlisting at the sales, told me about him on Saturday evening – he felt he was best horse here in his view. So when I heard that, I duly took note. When I saw him on Sunday I agreed with him. He came well recommended by consignor his Bill Dwan. Let’s hope he’s a runner!”

Following a dark day on Tuesday, the Tattersalls December Sale continues on Wednesday with the first of the four-day Foal Sale. 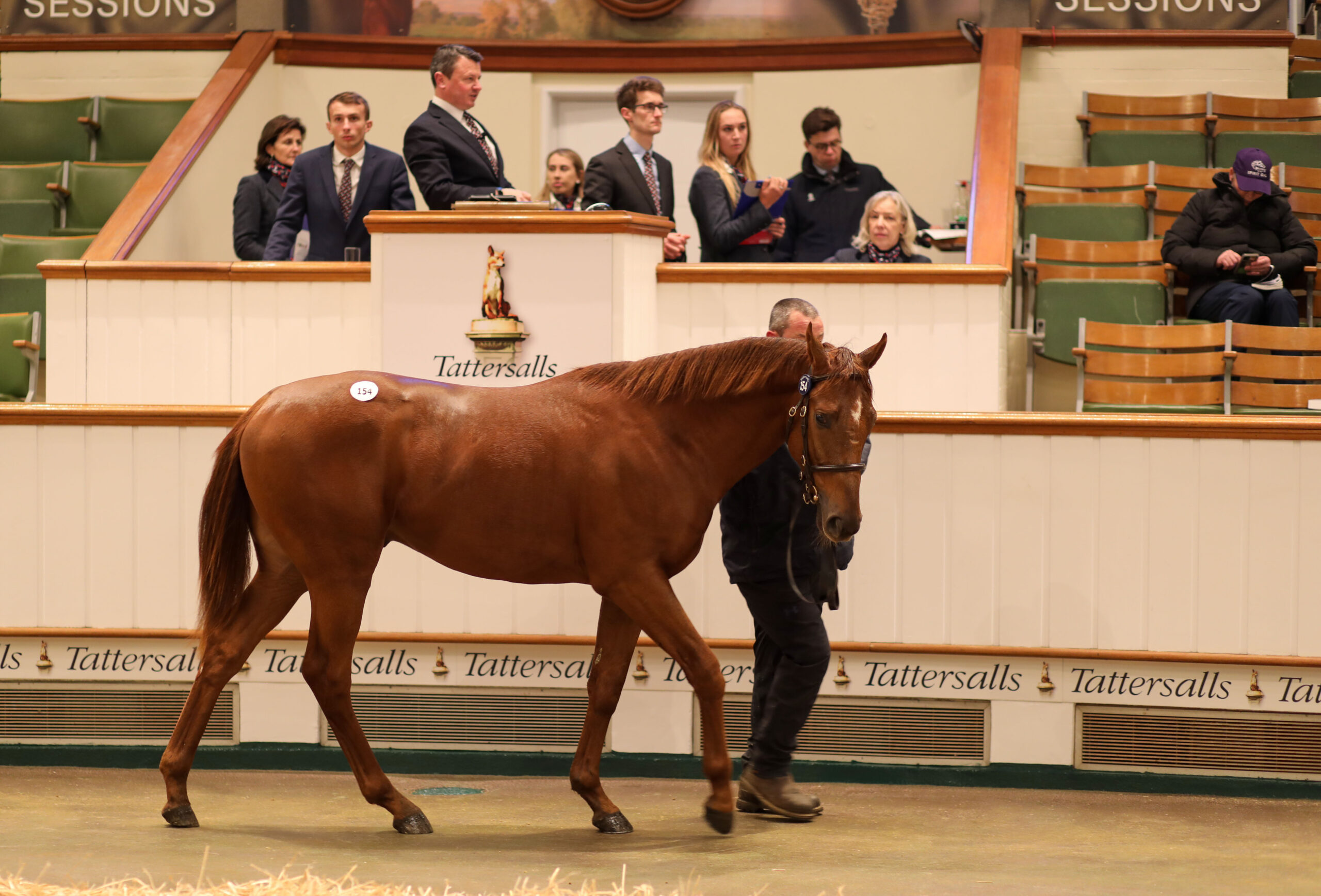 Yeomanstown Stud snapped up this Dubawi colt with an eye to breeze. Photo – Tattersalls 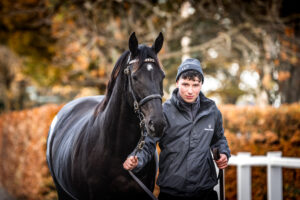 Up Next
Yulong throws its weight behind Lucky Vega